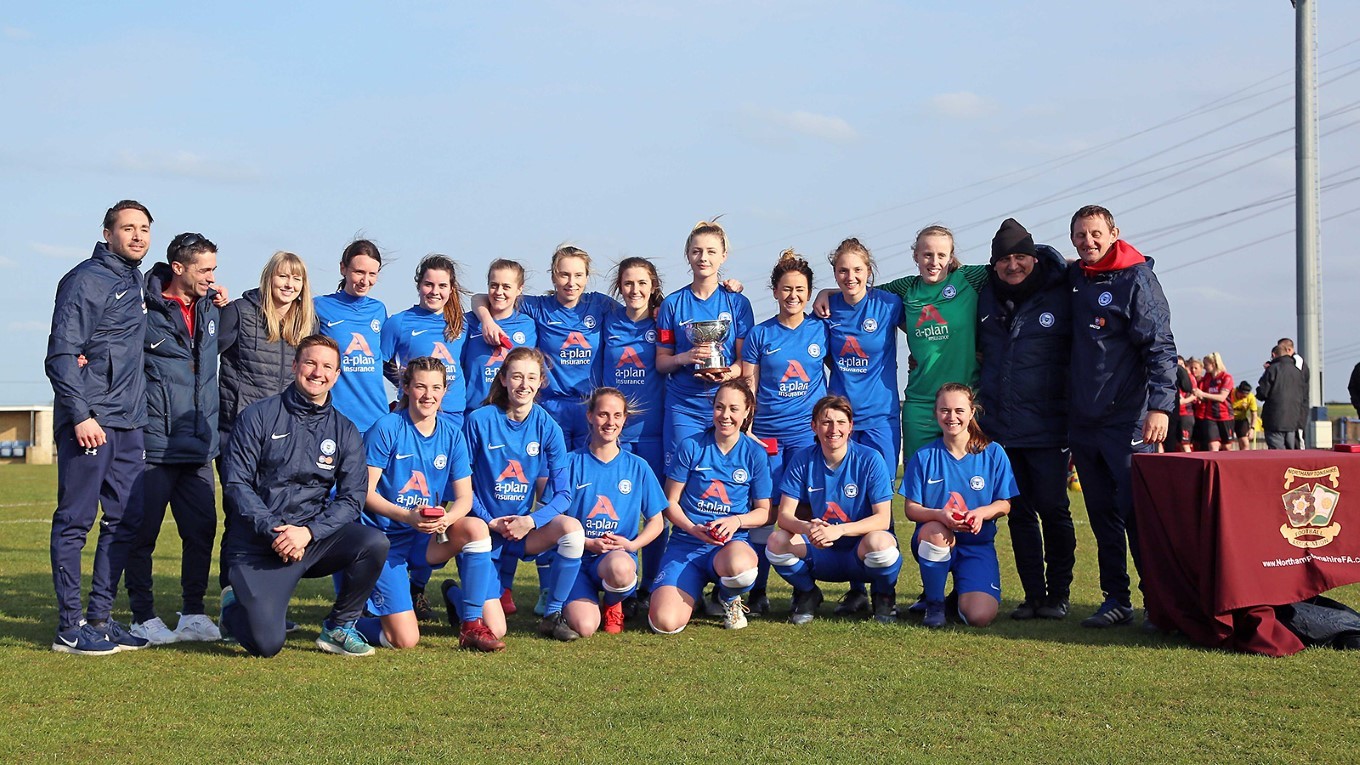 Ladies To Play At ABAX Stadium

The successful Posh Ladies side will entertain Solihull Moors at the ABAX Stadium at the end of the season.

We are pleased to confirm that the Peterborough United Ladies will entertain Solihull Moors Ladies at the ABAX Stadium on Sunday 26th May (7pm) and with the World Cup in France less than two weeks later, the football club are hoping for a bumper crowd.

The Ladies have had another successful campaign and go into the final few weeks of the campaign sitting in second place after lifting the County Cup for the first time last month. Press Officer Phil Adlam said: “We have hosted our Ladies team at the stadium in the last few seasons, but will be working within the schools to try and attract a large crowd for this fixture.

“We have a target in mind for the attendance and it is an ambitious one, but we are hoping the city of Peterborough comes along to support our Ladies in this friendly against a side from the division above. This year is a big year for Women’s football with the World Cup in France getting underway in June and attendances across the country on the rise.

“We have a number of activities planned on the day and will be trying to get across the city and engage with girl’s teams in the lead-up to the fixture. We are very proud of our ladies’ team and the success they have earned in the last few seasons and look forward to welcoming a good crowd to the ABAX Stadium.”

Fans will be accommodated in the Motorpoint Stand for this fixture with tickets priced at just £3 for adults with concessions admitted free of charge. Tickets can be purchased at www.theposhtickets.com, via the Ticketmaster hotline 0844 847 1934 (calls cost 7ppm plus your network access fee) and in person at the ABAX Stadium Box Office.