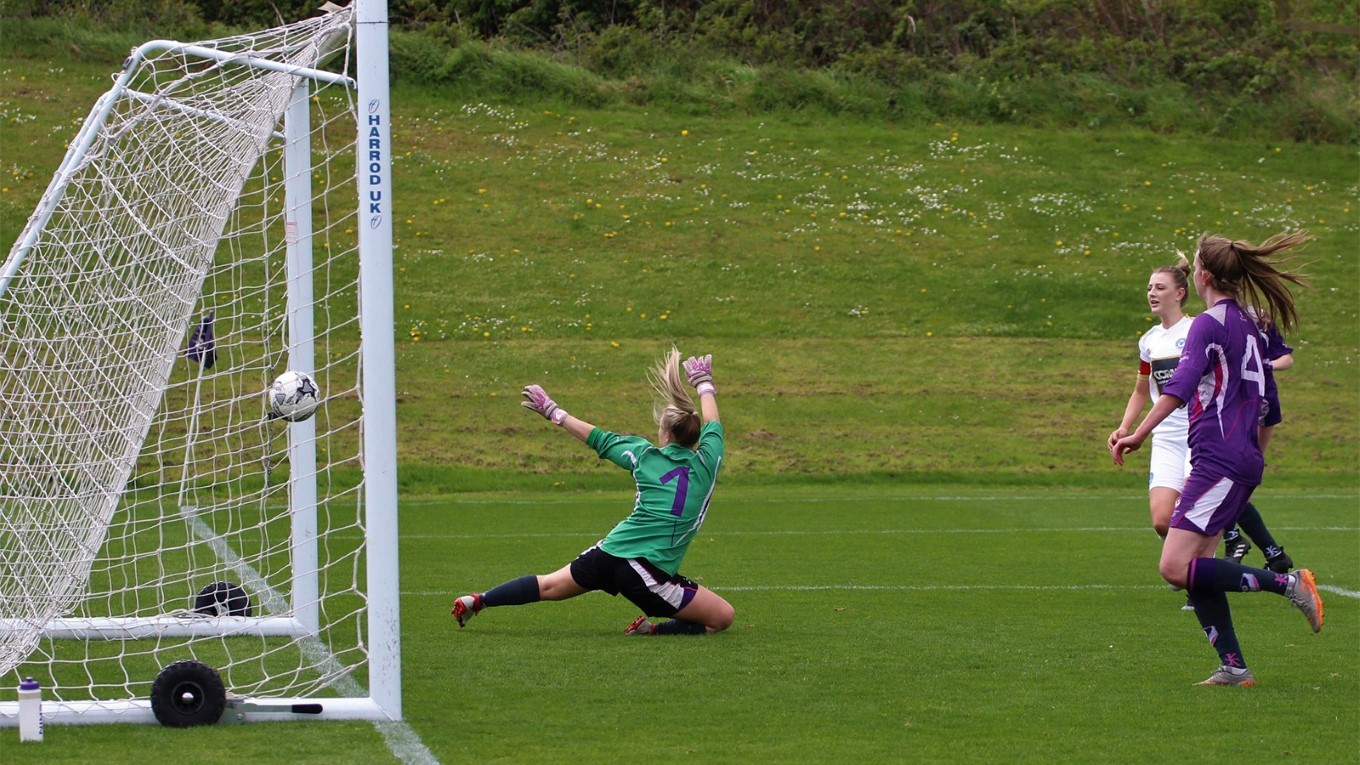 The Peterborough United Ladies continued their excellent finish to the season with a 6-2 victory at Loughborough Students.

Peterborough United Ladies picked up another vital three points, this time at the expense of Loughborough Students. Posh started brightly and caused problems early on for Loughborough. It only took 17 minutes for Posh to break the deadlock thanks to Keir Perkins, who finished in style having ran onto a defence splitting pass from strike partner Donna McGuigan.

The goal seemed to spark the opposition into life and Loughborough began to probe and created some chances of their own, but were superbly denied by Posh keeper Sophie Powell. Having soaked up a period of pressure, Posh regained their rhythm in the final part of the first half and scored two quick goals - the first from Hannah Pendred and the second from McGuigan. Posh went into the break 3-0 to the good.

Shortly after the break Posh scored their fourth of the game and appeared to put the game out of reach for Loughborough - Pendred scoring her second of the game after some good build up play from Jess Driscoll. But once again, the goal seemed to spark a response from Loughborough - who bounced back with two quick fire goals to make it 4-2 Posh with half an hour to go.

Loughborough were denied further by some more outstanding goalkeeping from Powell and Posh regained control of the game, when Pendred completed her hat trick in the 72nd minute. Perkins doubled her goal tally with ten minutes left of the game.