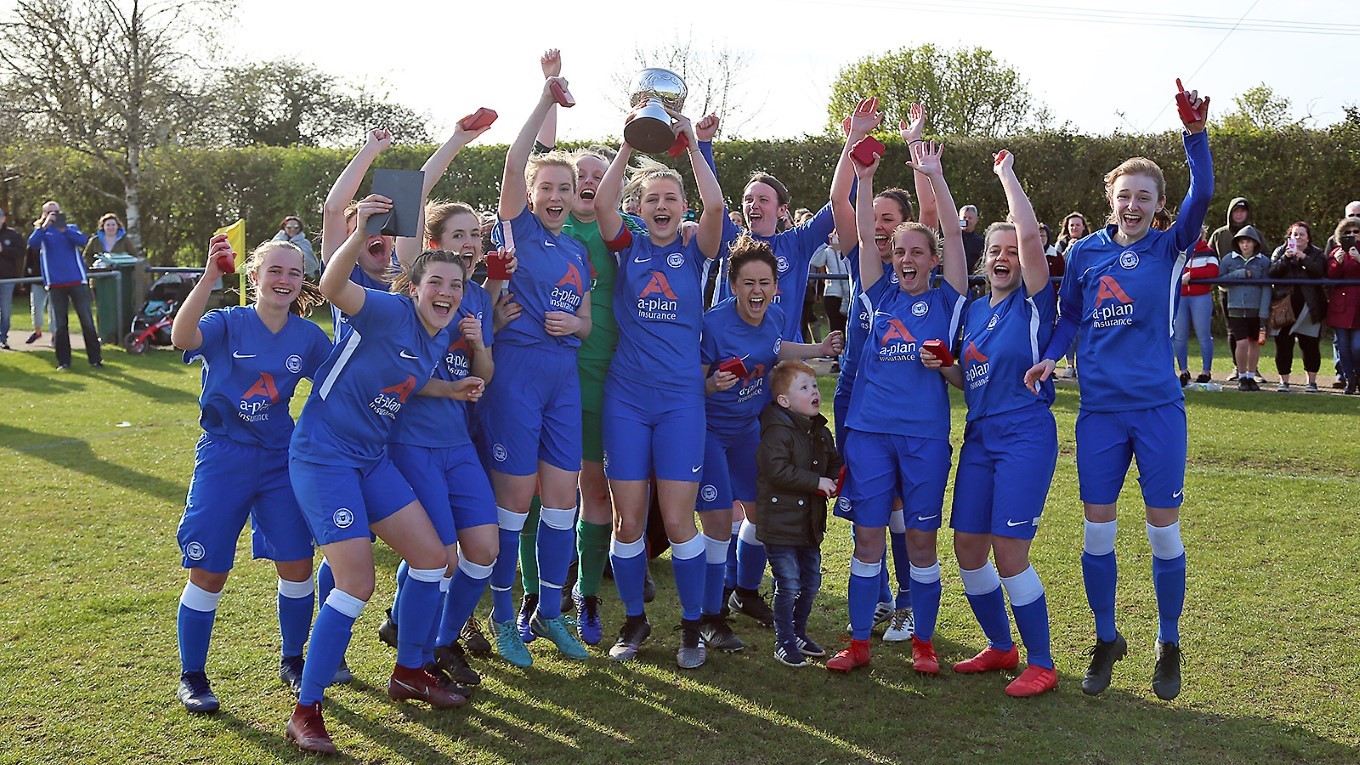 Posh started slowly with both teams trying to keep possession of the ball. Posh started to play their customary one touch passes and it was Jess Driscoll and Stacey McConville who began to dominate the midfield assisted by Amy Challis and Hannah Pendred. However the Kettering defence remained resolute and Posh struggled to create a clear cut chance. This remained the position at half time with the teams going in at 0-0.

In the second half it was Posh that started the stronger with Jess Driscoll and Megan Parrett causing problems for the opposition but again the final ball let the Ladies down. The failure to convert their possession eventually told when in the 85th minute a harmless ball played by a Kettering player across the goal was met by their striker who flicked the ball into the net.

At that moment most of the crowd and the Kettering players would have assumed that the game was over, but on 89 minutes, Amy Challis threaded a pass to the on rushing Megan Parrett who bundled the ball into the net to make it 1-1.

The momentum was now with Posh. Full time was called and the game proceeded to penalties. Once again the penalty takers for Posh, Emma Stevenson, Jess Driscoll, Hannah Pendred and Donna McGuigan showed great mental strength and composure to slot home their penalties. The Posh goalkeeper Sophie Powell saved two of the penalties thereby condemning the Kettering Town Ladies to defeat.

This wasn’t the best performance by Peterborough United but they played with real drive, motivation and despite going a goal down refused to accept defeat.

The Official Player of the Match was Jess Driscoll.