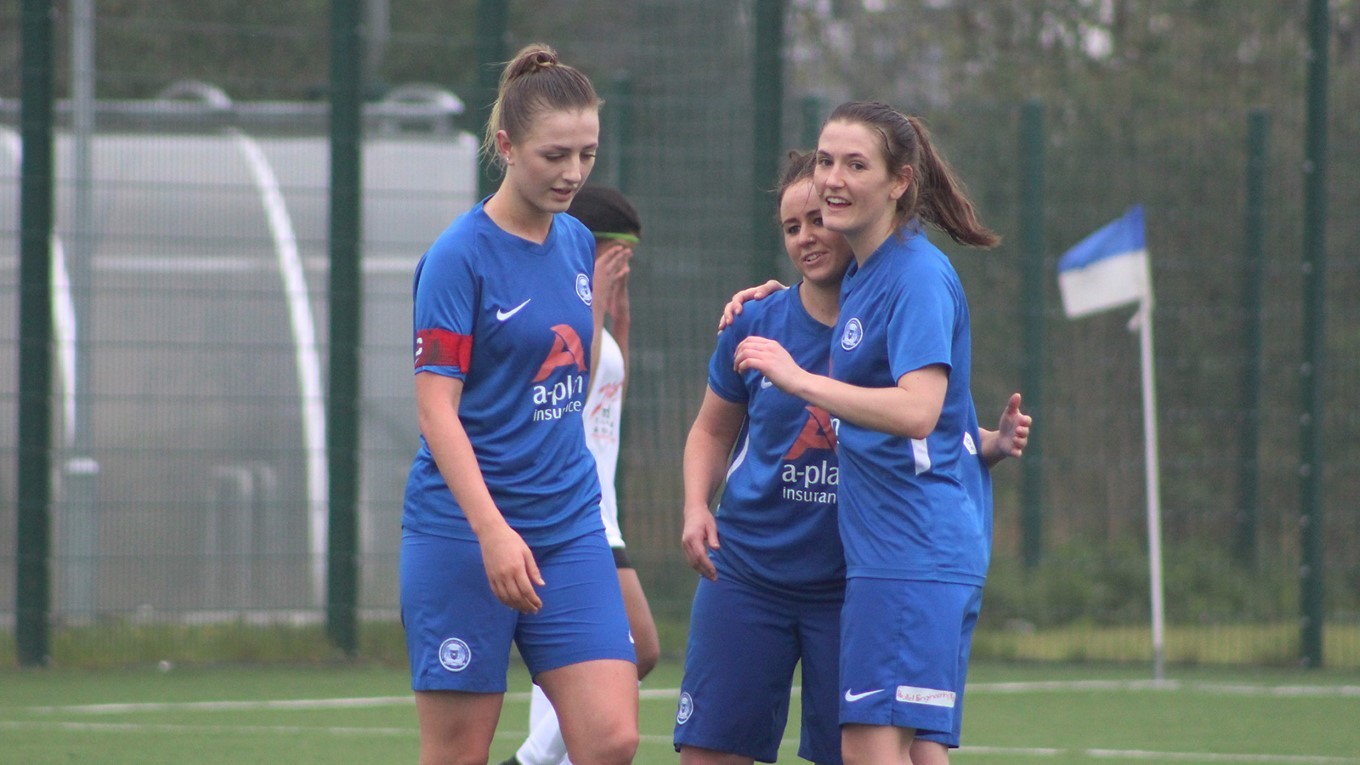 It was raining goals on Sunday as the Peterborough United Ladies beat Leicester City Ladies First 17-1 at the Mick George Training Academy.

In probably one of their best footballing displays of the season the Ladies played some scintillating one touch football to completely outclass their opposition. Hannah Pendred who was at the heart of a great midfield display supported by McConville, Challis and Driscoll scored a double hat trick and became the first Ladies player in recent seasons to achieve such a feat.

Alongside Pendred was Donna McGuigan who celebrated her birthday in style with five goals. There was also another outstanding performance from Jess Driscoll who scored a fine hat trick. Two further goals from Laura Dodwell and a final goal from Captain, Keir Perkins rounded off a perfect afternoon for the Ladies. A late consolation goal from Leicester City First failed to have any impact on the game.