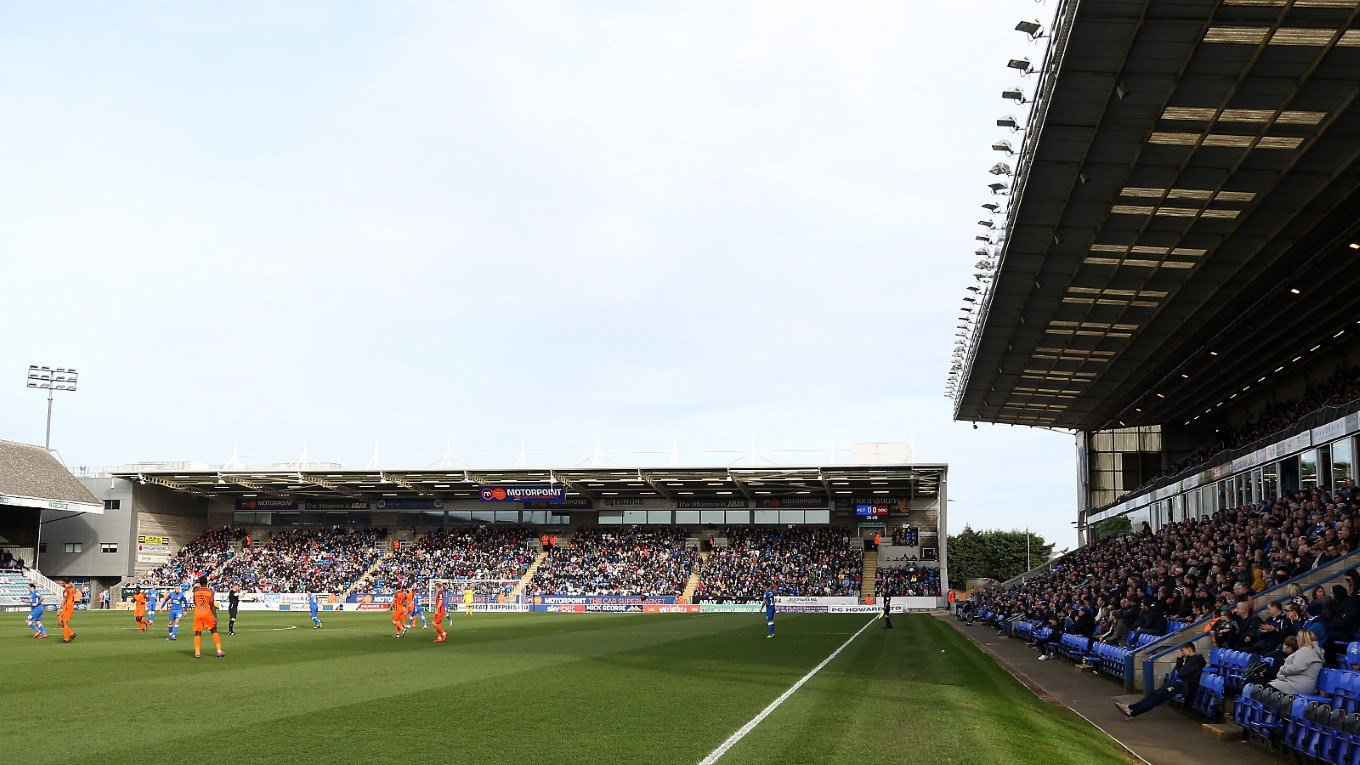 On Saturday, the club will be welcoming thousands of youngsters through two initiatives, so fans are advised to arrive early at the ABAX Stadium.

Peterborough United entertain Gillingham on Saturday at the ABAX Stadium (3pm) and supporters are advised to arrive at the stadium early with a big crowd expected, thanks in part, to the Junior Alliance Day and the continuation of the Schools Initiative.

Over 1,000 youngsters and 200 of their managers/coaches from 100+ teams have signed up to attend as part of the first Junior Alliance Day and will be watching the action from the Motorpoint Stand and the South Stand while a similar amount will be attending as part of the successful Schools Initiative.

The turnstiles will be open from 1.30pm and ahead of kick-off there are a number of pre-match presentations and the latest inductee to the club’s Hall of Fame. Press Officer Phil Adlam said: “We have been delighted by the response of the Junior Alliance teams across the region and are looking forward to welcoming over a thousand youngsters and coaches on Saturday.

“A lot of those will be attending for the very first time so we would encourage them to be in the stadium by 2.30pm to avoid any potential queues. We are also excited to welcome a lot of youngsters who are attending as part of the Schools Initiative. We are pleased to confirm that the Fair Meadow Car Park is now back open for the public to use (pay and display) following three weeks of the Bridge Fair.

“The Fan Zone will be open from 1pm featuring FootPool, FootDarts, the Mick George target game and the speed kick machine and the mobile bar will also be open so there is plenty of fun for all the family. We are expecting a big crowd and we hope everyone has a fantastic day with us at the ABAX Stadium.”

Ahead of kick-off, foreverposh will present the Player of the Month for March at 2.40pm and at 2.45pm, club historian Peter Lane will induct former goalkeeper Eric Steele into the club’s Hall of Fame. We are also welcoming a number of former players who participated in the 4-2 victory over Gillingham in the 1973-1974 squad including Bert Murray, John Cozens, Tommy Robson, Jack Carmichael and David Gregory.

Tickets for Saturday’s game can be purchased at www.theposhtickets.com, via the Ticketmaster hotline 0844 847 1934 (calls cost 7ppm plus your network access fee) and in person at the ABAX Stadium Box Office.