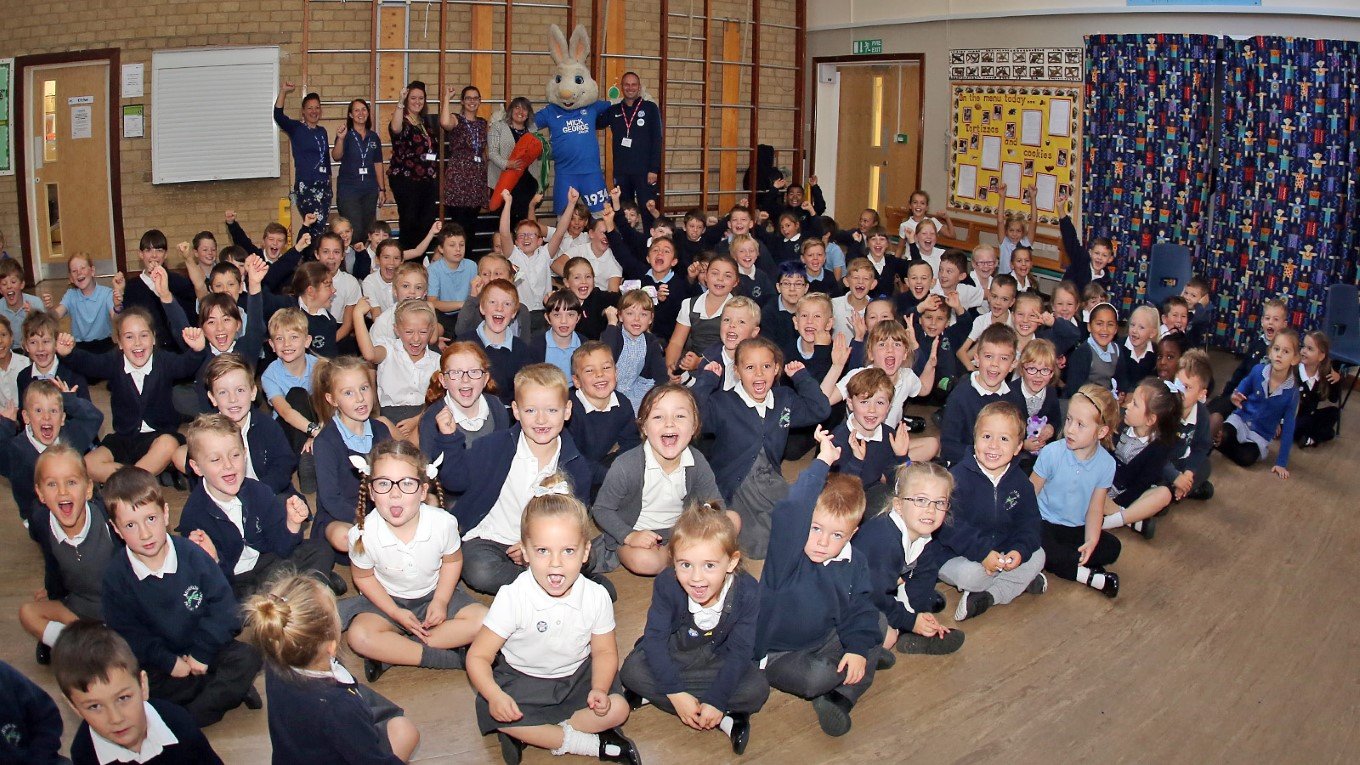 Schools programme underway after visit to Wisbech school on Friday.

Peterborough United kicked-off the school’s initiative for 2018-2019 by visiting Murrow Primary Academy in Wisbech on Friday morning with Peter Burrow once again the star attraction.

The hugely popular mascot entertained youngsters with an impromptu dancing routine (the whole school were flossing better than Peter) before the pupils watched a DVD to highlight the club’s impressive start to the season, both on and off the pitch.

Every pupil in the school received a free ticket which not only enabled them to watch a forthcoming fixture at the ABAX Stadium but an adult would be able to accompany them free of charge too. Phil Adlam, club press officer and organiser said: “This year, our focus is to try and engage with youngsters outside of central Peterborough.

“Murrow Primary Academy was the perfect place to start. The kids were enthusiastic and Peter Burrow helped put a lot of smiles on faces. Hopefully by giving the kids free tickets that also enables a parent to come free of charge will improve the take-up inside the stadium.

“We want to travel across Cambridgeshire, Lincolnshire and beyond, it is our aim to visit 20 Primary Schools before Christmas before a Big Assembly at the stadium in the New Year with clubs within a smaller radius of the football club."