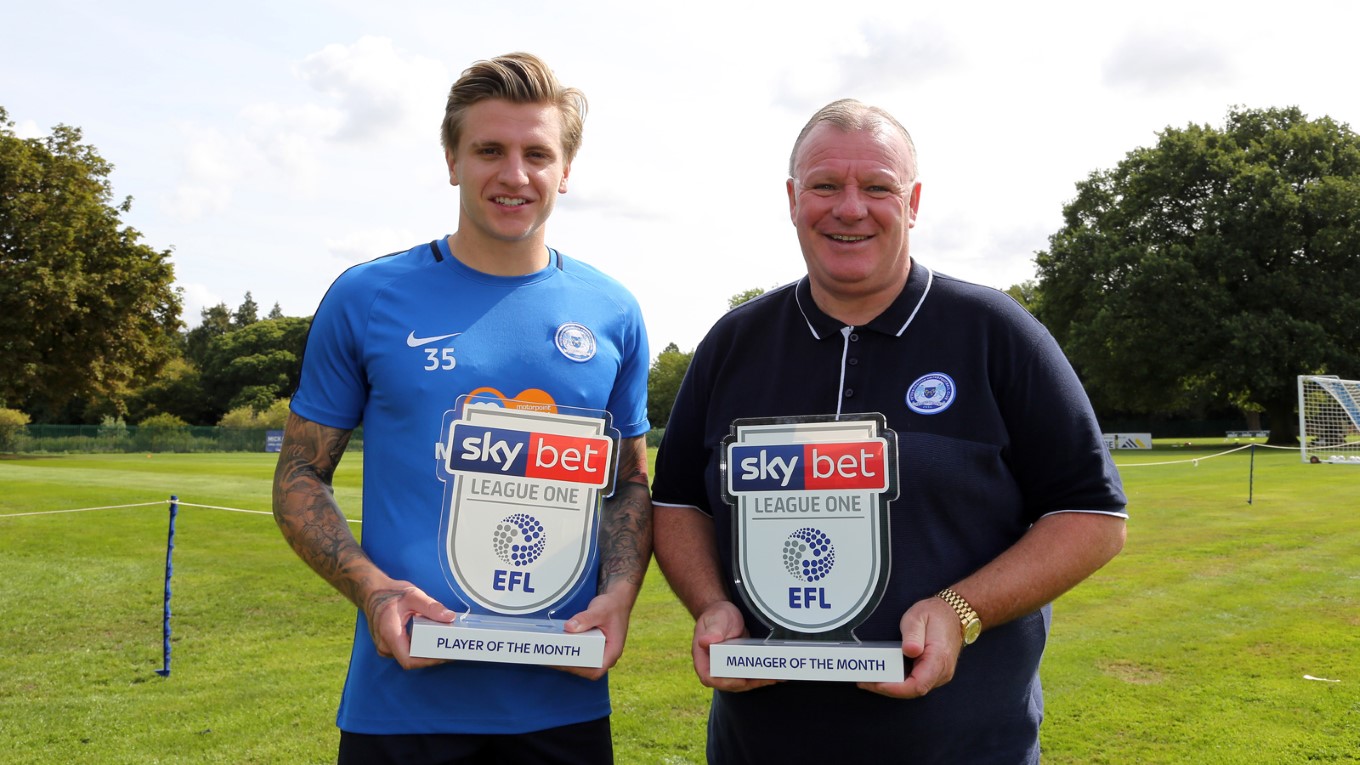 The pair received their awards at the Mick George Training Academy and both put the club’s start down to ‘hard work’.  “We have made a good start, but the season is a long one and we are not getting carried away. What do I put the start down too? Hard work. The players have worked extremely hard both on the training ground and in matches,” Evans said.

“Yeah we have had to work really hard,” Cummings said. “We have been blowing teams away in the opening halves of games and then defending well. I have been fortunate to score six goals and been involved in a few others and hopefully that will continue. I am enjoying it, the lads are a great bunch and we socialise outside of training and match days. We go to the cinema, eat out together and we really get on well.”