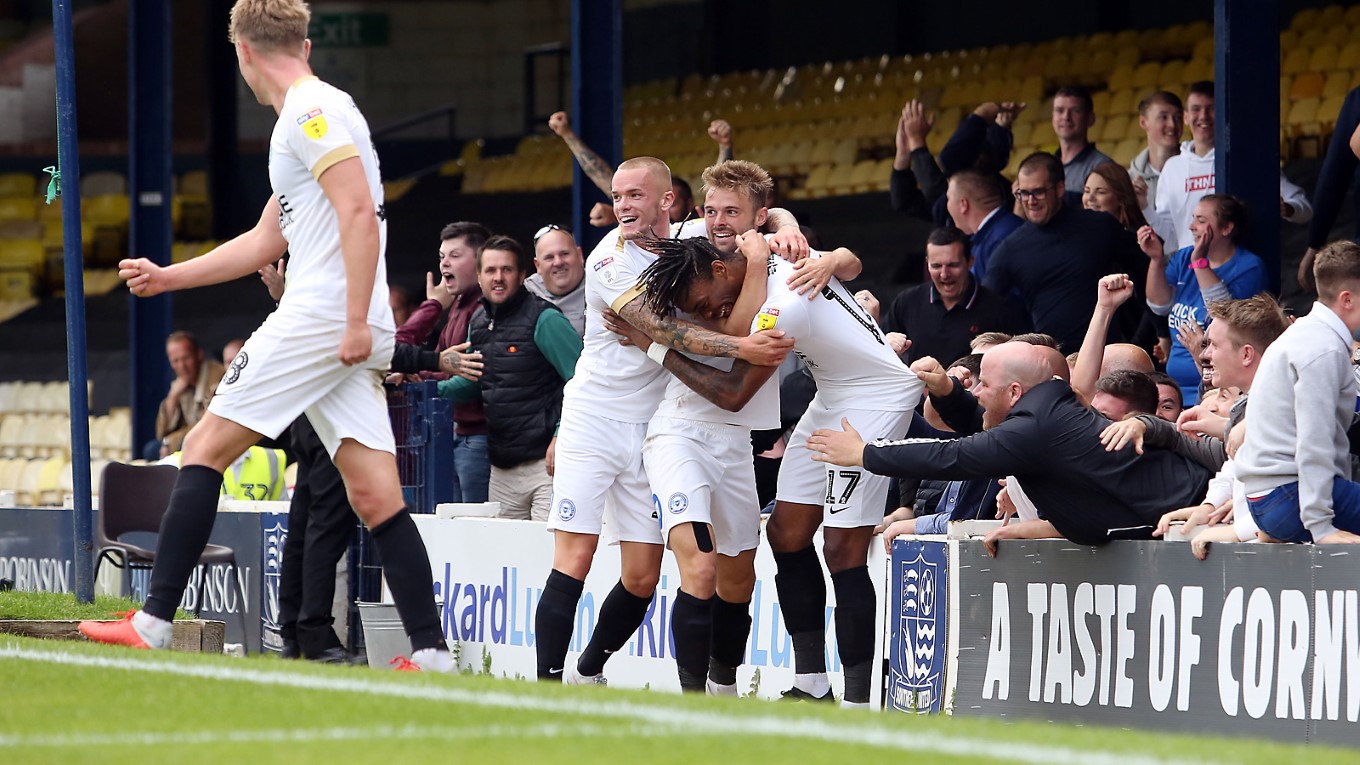 Peterborough United chalked up their first win at Roots Hall since 1999 with a hard-fought 3-2 victory against Southend United, Ivan Toney netting his first Posh goal four minutes from time after the home side had fought back from 2-0 down to level at 2-2.

The home side made a lively start with Simon Cox seeing an early deflected effort gathered by Aaron Chapman who also showed good skill to flick the ball over the advancing striker and clear on the volley moments later.

Jason Cummings, fresh from being named the Sky Bet League One Player of the Month, guided an effort wide of the near post on his right-foot on six minutes after linking well with his strike partner Matt Godden.

Chapman produced a decent stop to parry a McLoughlin free-kick away from danger after Bennett was penalised for a push on Hopper. The deadlock was broken on 32 minutes as a free-kick from Dembele was chested by Cummings into the path of GODDEN who fired home past Stockdale at his near post.

Chapman was well placed to fist away a fierce Dieng volley on 39 minutes as Posh only half cleared a free-kick from Coker. Dieng saw a diving header acrobatically tipped over the bar by Chapman moments later as the Shrimpers pressed. One minute of added time was indicated by the fourth official, but Posh saw that out comfortably.

Walker clipped the top of the crossbar with a superb free-kick from 30-yards on 46 minutes after Dembele had been felled following a strong run. Walker was then cautioned for a foul on 49 minutes on Coker. Marcus Maddison replaced Walker on 54 minutes and moments later it was his free-kick that caused panic, Ryan Tafazolli should have probably scored but it turned into an assist for GODDEN who buried the chance into the roof of the net.

The home side immediately reduced the arrears as a long clearance from Stockdale was kept in play against the odds by Cox who picked out Coker, his low cross was turned in via the inside of the post by HOPPER. Cox then blazed over on 64 minutes after good work down the right as Posh struggled to contain the hosts.

Chapman did well to parry a fierce Bunn effort on 66 minutes before Bennett missed his clearance only to be helped out by Tafazolli behind him who cleared. Chapman denied a looping Hopper header as Ivan Toney replaced Cummings.

The home side levelled the scores deservedly on 76 minutes as Stephen McLAUGHLIN fired home from 10-yards as Bunn picked him out in the box. Joe Ward replaced Dembele for the final quarter as Posh boss Steve Evans tried to sure up his back-line.

Maddison saw a deflected effort clip the top of the crossbar on 84 minutes, the second time Posh have struck the woodwork in this contest. Toney curled a free-kick wide of the near post moments later after Maddison was felled.

On 87 minutes, Posh nudged themselves back ahead in the contest and it was a first goal in Posh colours for Ivan TONEY, the substitute finishing off a flowing Posh move with Joe Ward the creator. Dieng headed a late corner kick wide after Chapman had initially palmed the ball away from danger.