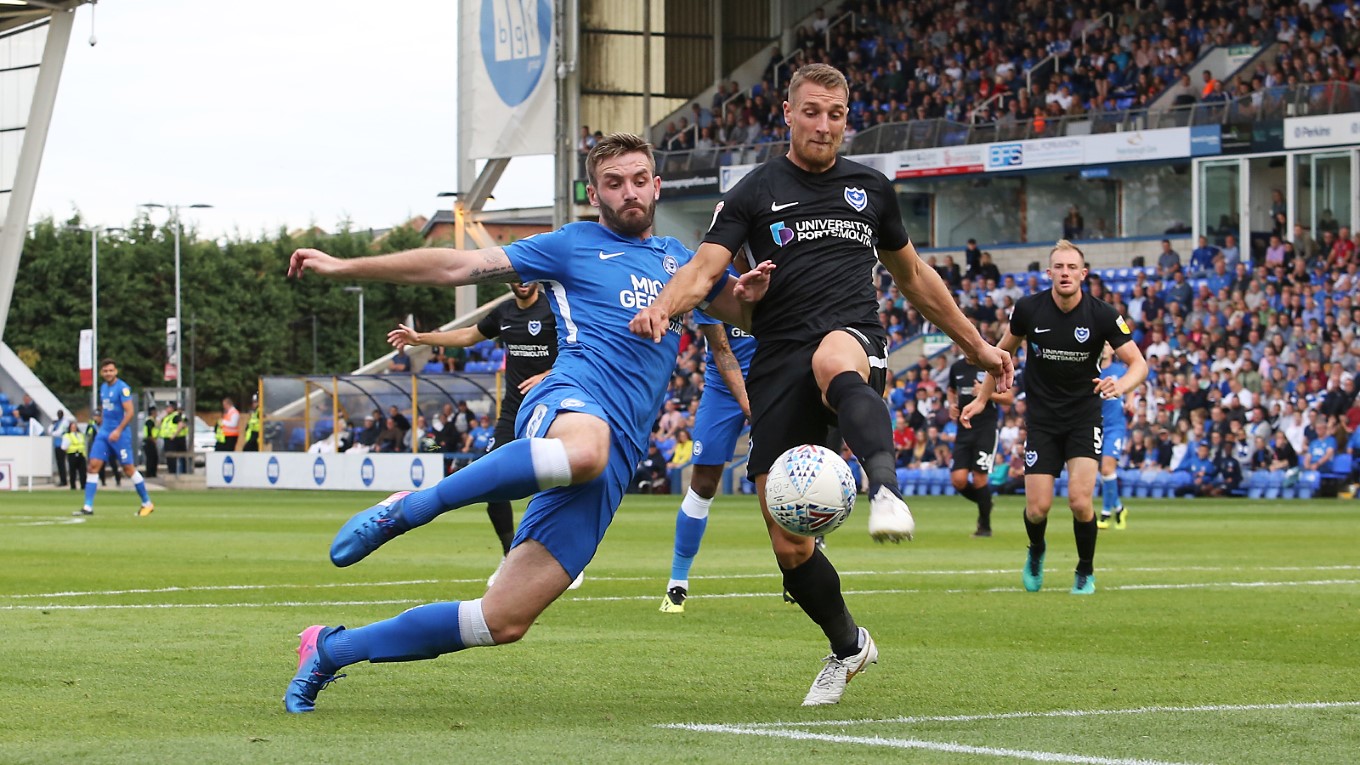 Match report for Peterborough United vs Portsmouth on 15 Sep 18

Peterborough United suffered their first Sky Bet League One defeat of the campaign as Portsmouth moved to the top of the table with a hard-fought 2-1 victory at the ABAX Stadium in front of over 10,000 supporters.

Oliver Hawkins looped a header over the crossbar on four minutes as the visitors made a bright start to proceedings at the ABAX Stadium but both sides were struggling to hold down possession for long periods of time in the opening quarter of an hour.

Evans saw a snap-shot gathered by Chapman on 20 minutes as the visitors continued to have the most of the play in the attacking third. Jason Cummings flashed a left-foot volley wide of the target after Portsmouth failed to deal properly with a Daniel delivery.

Posh produced their best bit of football on the half hour with O’Hara, Ward and Naismith all involved, the latter’s low cross was well held by Pompey goalkeeper MacGillivray. Hawkins headed a teasing Close cross over the bar on 41 minutes.

Nathan Thompson was cautioned for a foul on Cummings on 53 minutes after the on-loan Nottingham Forest man produced a fine bit of individual skill to draw the foul. Cummings was withdrawn after picking up a knock moments later, Ivan Toney his replacement.

The visitors got themselves in front just after the hour mark after a teasing Curtis cross was powered into the bottom corner by Oli HAWKINS. Steve Evans responded by replacing O’Hara with Jamie Walker on 65 minutes. The goalscorer was booked for time wasting on 70 minutes after rolling the ball away from Daniel who was waiting to take a free-kick.

The visitors doubled the score-line on 74 minutes as LOWE side-footed home from close-range after Posh failed to deal with a ball into the box. Daniel was cautioned for dissent on 76 minutes as the frustrations in the home ranks grew.

Toney headed a Maddison free-kick wide of the target on 80 minutes as Burgess was cautioned for dissent following Close into the book. Hawkins volleyed wide from the penalty spot as Portsmouth threatened a third goal.

Naismith fired wide of the near post with his right-foot on 84 minutes after a deep Daniel cross. Matt GODDEN scored his 8th goal of the season deep into stoppage time collecting a pass from Ivan Toney and lifting a superb left-footed effort into the corner.

Dembele saw a late volley gathered by the keeper as Posh laid siege on the Pompey goal without further success.