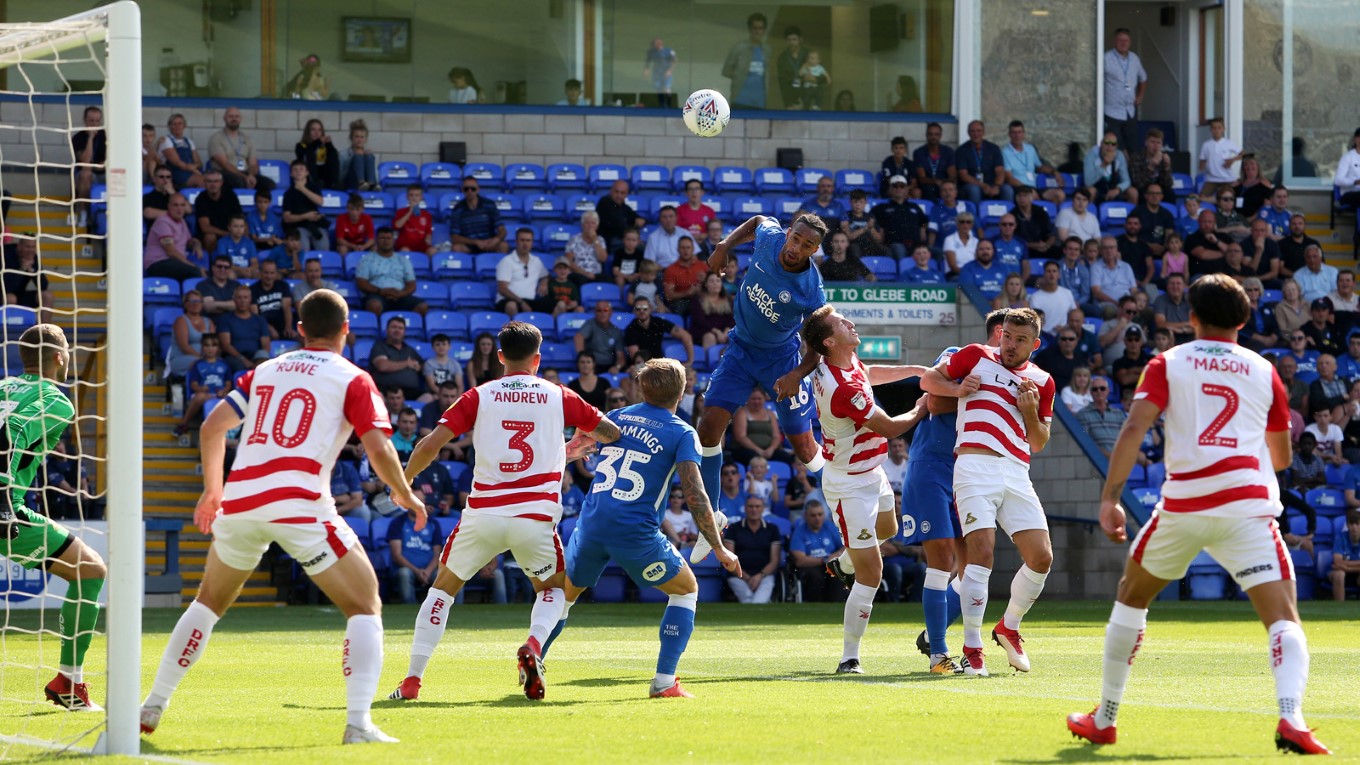 Posh remain unbeaten after a 1-1 draw with Doncaster Rovers at the ABAX Stadium.

Peterborough United’s 100% start to the Sky Bet League One season was ended by Doncaster Rovers, but a second half header from Ryan Tafazolli did preserve the club’s unbeaten league run, the defender powering home a Siriki Dembele free-kick.

Goalkeeper Aaron Chapman produced a superb save on six minutes to divert a powerful drive from Tommy Rowe onto the post before Alex Woodyard bravely cleared. Mallik Wilks then fired wide of the near post after getting himself into space in the penalty area.

Rowe glanced a header into the arms of Chapman on 16 minutes after a good cross into the box by Mason. Kane saw a long-range effort fumbled by Chapman, but the goalkeeper was alert to pounce on the loose ball with Marquis closing in.

Posh created a good opportunity to break the deadlock on 22 minutes as Dembele rode two challenges and fed Godden, but the striker fired wide with the inside of his left-foot with Marosi racing out to close the angle.

Kane was cautioned for hauling down Dembele on 29 minutes and Posh assistant manager Paul Raynor followed him into the book for dissent. Tafazolli fired over as Doncaster failed to clear a Dembele corner kick on 32 minutes.

The deadlock was broken on 38 minutes and it was a poor goal for Posh to concede, a clearance caught out the defence and MARQUIS strode away from Woodyard and dinked a chipped finish over Chapman.

Two minutes of added time was indicated by the fourth official but Posh couldn’t force an equaliser before the interval. Wilks was cautioned three minutes after the break for a foul on O’Hara. Steve Evans made his first change on 49 minutes with Ivan Toney replacing Godden.

On 58 minutes, Posh drew themselves level as a driven free-kick from Dembele was powered past the goalkeeper by Ryan TAFAZOLLI, the central defender’s header flashing past Marosi and into the back of the net.

Marcus Maddison replaced O’Hara before Daniel was cautioned moments after making a superb last ditch tackle. Chapman then produced a superb stop to claw away a Rowe header as Doncaster came close to re-taking the lead.

Wilks fired over from a decent position as Posh failed to clear a Coppinger cross on 69 minutes. Coppinger sent a curling effort straight at Chapman as Posh made a third change with Louis Reed replacing Dembele.

Whiteman was cautioned for a cynical foul on Maddison on 81 minutes right in front of the Posh dugout. Both Steve Evans and Paul Raynor were shown red cards for dissent on 82 minutes. Four minutes of added time was indicated by the fourth official.