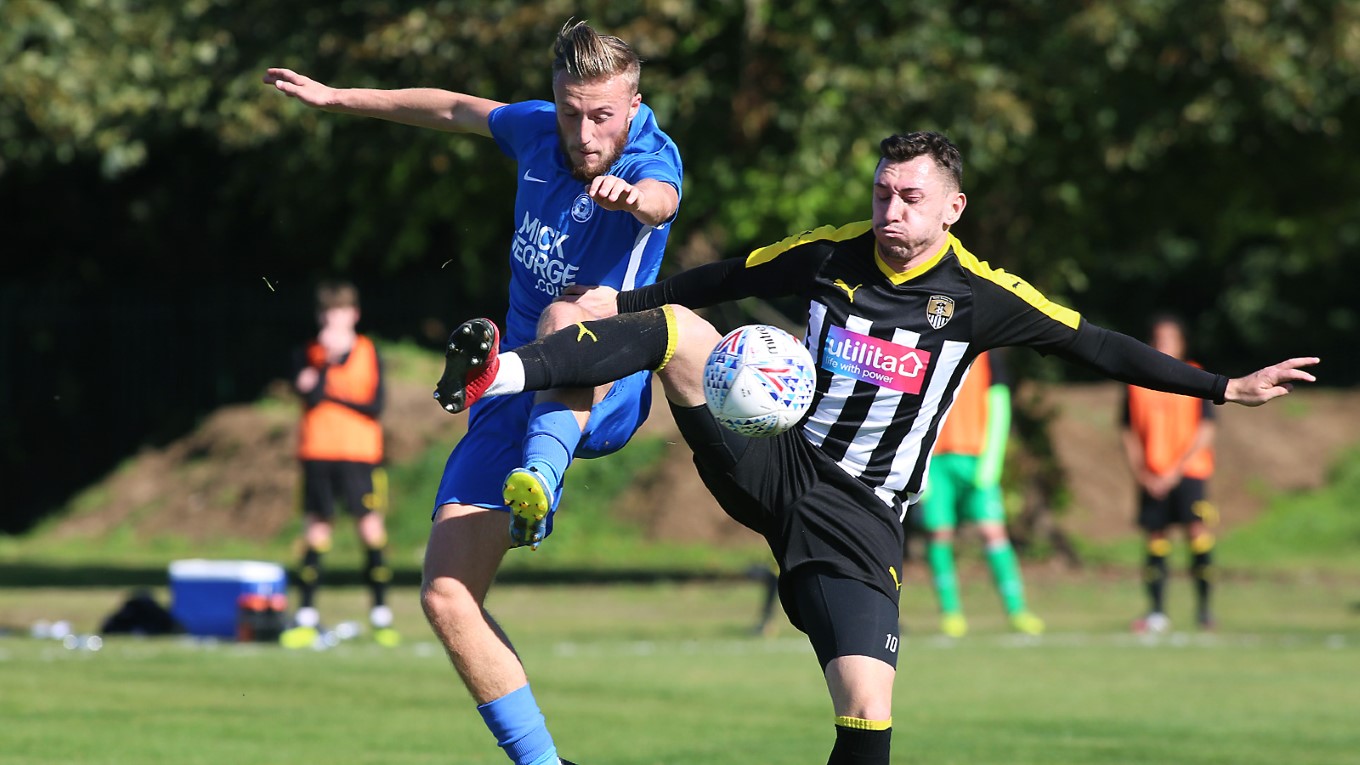 Magpies come from behind to record 3-2 win against Posh second string.

Posh twice led in the contest, but were pegged back by their experienced visitors with Kristian Dennis bagging a controversial winner as his close-range finish beat Conor O’Malley despite what looked like an obvious foul on the keeper.

The Magpies equaliser at 2-2 also had an air of controversy about it as Posh had two players down requiring treatment in the build-up. George Cooper had given Posh the lead with a superb left-footed finish via the underside of the crossbar while Joe Ward, playing in a central striking role, fired a low shot into the corner to give Posh a 2-1 lead.

Cooper saw a free-kick superbly saved by the visiting keeper while Mark O’Hara struck the post with a powerful header. O’Malley made two good saves of his own following an end to end fixture, which included a decent penalty shout for Posh turned down.

Under 18 centre back Fraser Garner put in an assured display with Posh ending with a number of Matthew Etherington’s men in the line-up.