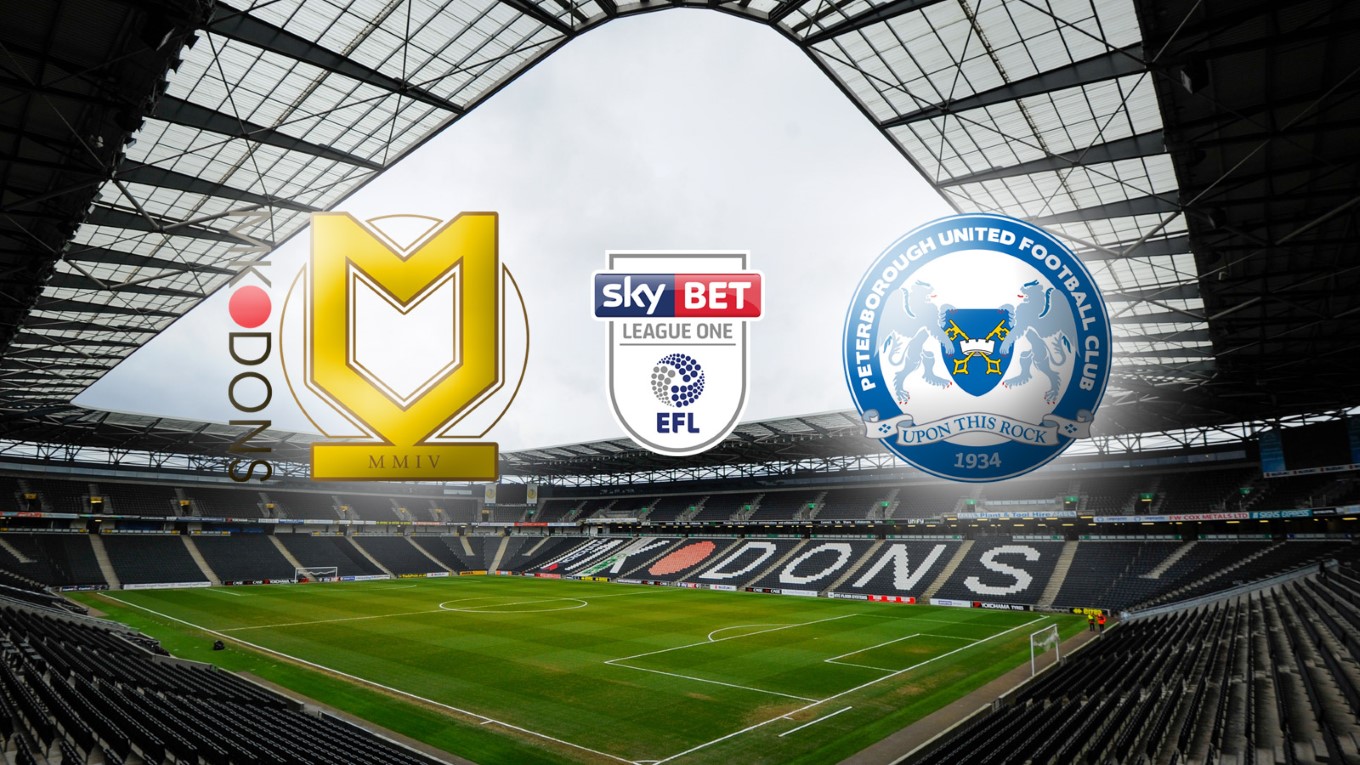 Peterborough United begin their Checkatrade Trophy adventure on Tuesday night with a trip to Sky Bet League Two side Milton Keynes Dons (7.45pm) and boss Steve Evans has confirmed he will make changes to his starting line-up with a trip to Southend in League One on the horizon.

Posh go into the game on the back of a 1-1 draw with Doncaster Rovers while the Dons were also forced to share the spoils after a late Swindon goal earned the Robins a similar score-line at the County Ground.

Steve Evans confirmed in his pre-match press conference that he will make a number of changes to his starting line-up following the performance against Doncaster which he described as ‘broken’. Ivan Toney is in line for a start after an impressive cameo from the substitute’s bench.

MK Dons are also expected to make changes but perhaps not as many as they look to build on a solid start under Paul Tisdale. Former Posh loanee Kieran Agard could well lead the line with Joe Walsh looking to build on his goal at the weekend at the back.

“MK Dons are managed by a good friend of mine in Paul Tisdale. He spent a very long time at Exeter City and now he, alongside Steve Perryman, are at a club that will be looking to get back into League One. It is a wonderful arena to play your football in and I am sure our supporters will be looking forward to seeing some of the players who have yet to show what they can do in the first team.”

MK Dons boss Paul Tisdale hinted that Chuks Aneke could be involved in the squad against Posh. “Chuks will be back in training on Monday and will be back in the mix with everyone. He will have to focus on what's in front of him for the next four months. Lots can happen before the next window. I've arrived at the club within a transfer window, and now that's closed. But I'm not going to shut any doors, I won't make any promises. I'm very philosophical about what all the players can bring."

Over 300 tickets had been sold in advance of the cup-tie with fans able to gain admission on the night for just £5. Tickets will be on sale at the ABAX Stadium Box Office until 12pm on Tuesday, via the Ticketmaster hotline 0844 847 1934 (calls cost 7ppm plus your network access fee) and online at www.theposhtickets.com.

This is the first group game of the competition. Posh also have Brighton and Hove Albion under 21s and Luton Town in their group. It is three points for a win, one point for a draw and 2 points for a win via penalties (when the scores are level).

Posh will be in their home kit for the game.