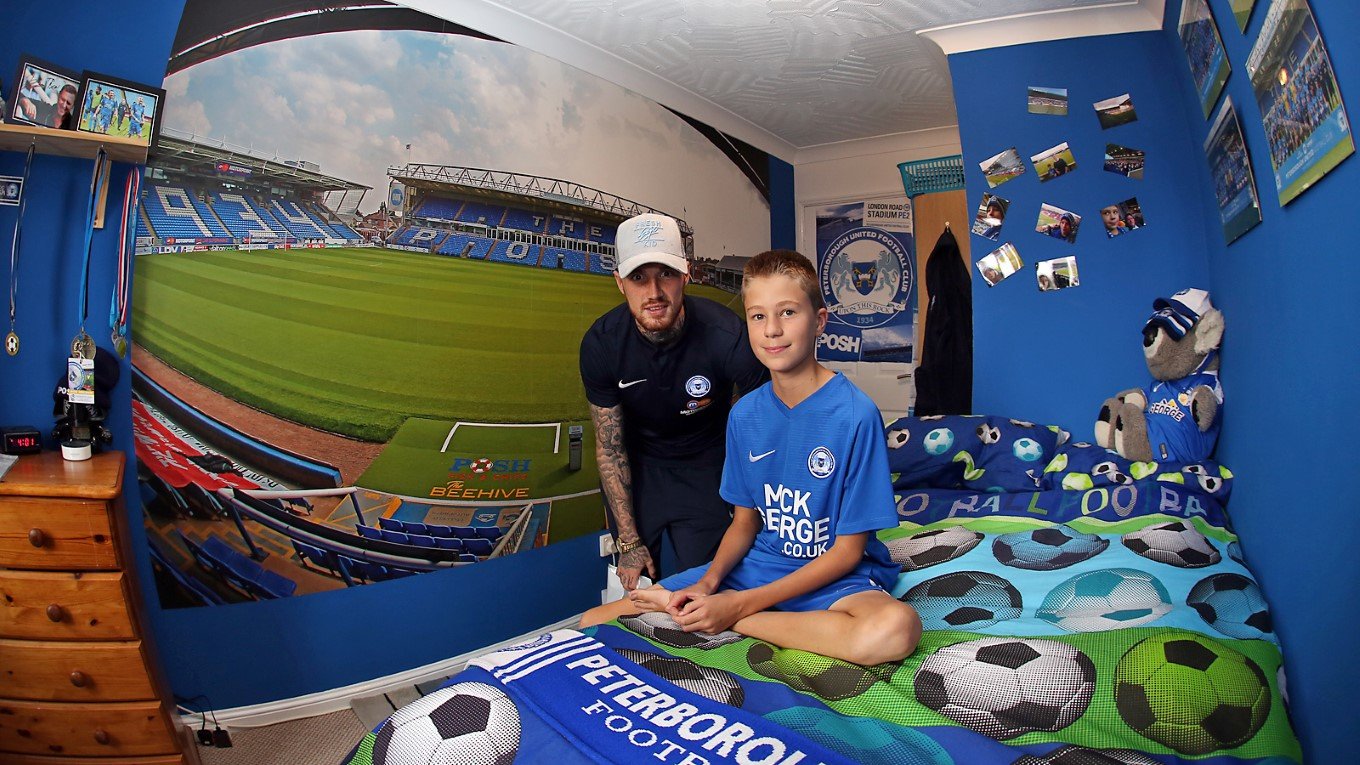 11-year-old Ben, whose favourite player is Maddison, is a huge Posh fan and recently had his bedroom decorated in Posh blue colours, featuring a giant sized image of the ABAX Stadium on his bedroom wall.

To thank Ben and his family for their continued support, we arranged for Marcus to make a surprise visit to their home.

“It’s really nice to be able to come and surprise Ben. He is a huge supporter of the football club and travels to home and away matches, so it was great to be able to come to his home and spend some time talking to him and his family. It’s great to have the support of people like Ben and the visit was all about thanking him for his continued support,” Maddison said.

The former Newcastle United player, spent time talking with Ben before signing an autograph and posing for pictures.