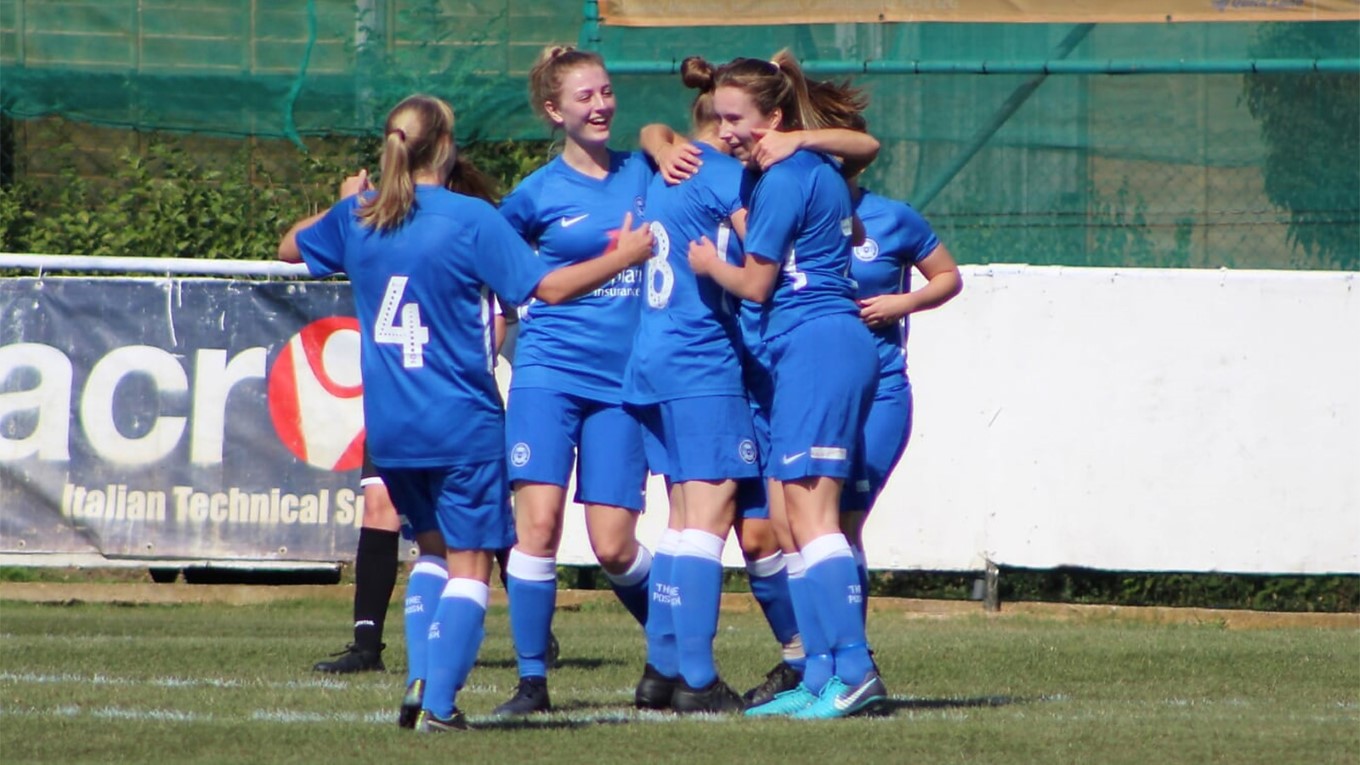 Ladies Progress Into Next Round Of FA Cup

The Peterborough United Ladies moved into the second qualifying round of the FA Cup after a hard-fought away win.

Peterborough United Ladies moved into the second qualifying round of the SSE Women’s FA Cup with a convincing 2-1 win over St Ives Town Ladies in their opening game of the season.

Following an impressive pre-season the Peterborough United Ladies brought their form into the game and largely dominated the first half. Their supremacy was rewarded early on when new signing Hannah Pendred opened the scoring in the 10th minute. Her shot from close range left the opposition goalkeeper with no chance and gave Peterborough a deserved lead.

The Ladies continued to control the midfield with some great passing moves led by Donna McGuigan and Stacey McConville ably supported by Jenna Lusk, but despite their probing and pressing it wasn’t until the 35th minute that their lead was extended. The ball was played into striker Kier Perkins, who coolly chipped the onrushing goalkeeper to make it 2-0 heading into the break.

In the second half the Ladies struggled to maintain the high intensity of the first half and conceded a sloppy goal after a defensive mistake allowed St Ives to make it 2-1. The opposition continued to push forward in search of the equalising goal but they could not find a way through and the Ladies’ defence held firm until the final whistle.

Great credit to St Ives Town Ladies who constantly sought to look for an opening and never gave up, but an excellent performance from Peterborough United Ladies sees them safely into the next round of the cup.

On Saturday at the first team game, the Ladies the chance to parade the Trophy from their East Midlands Women’s Football League title winning season last year around the ground at half time, this allowed the fans a chance to see the trophy close up and congratulate them on a job well done.