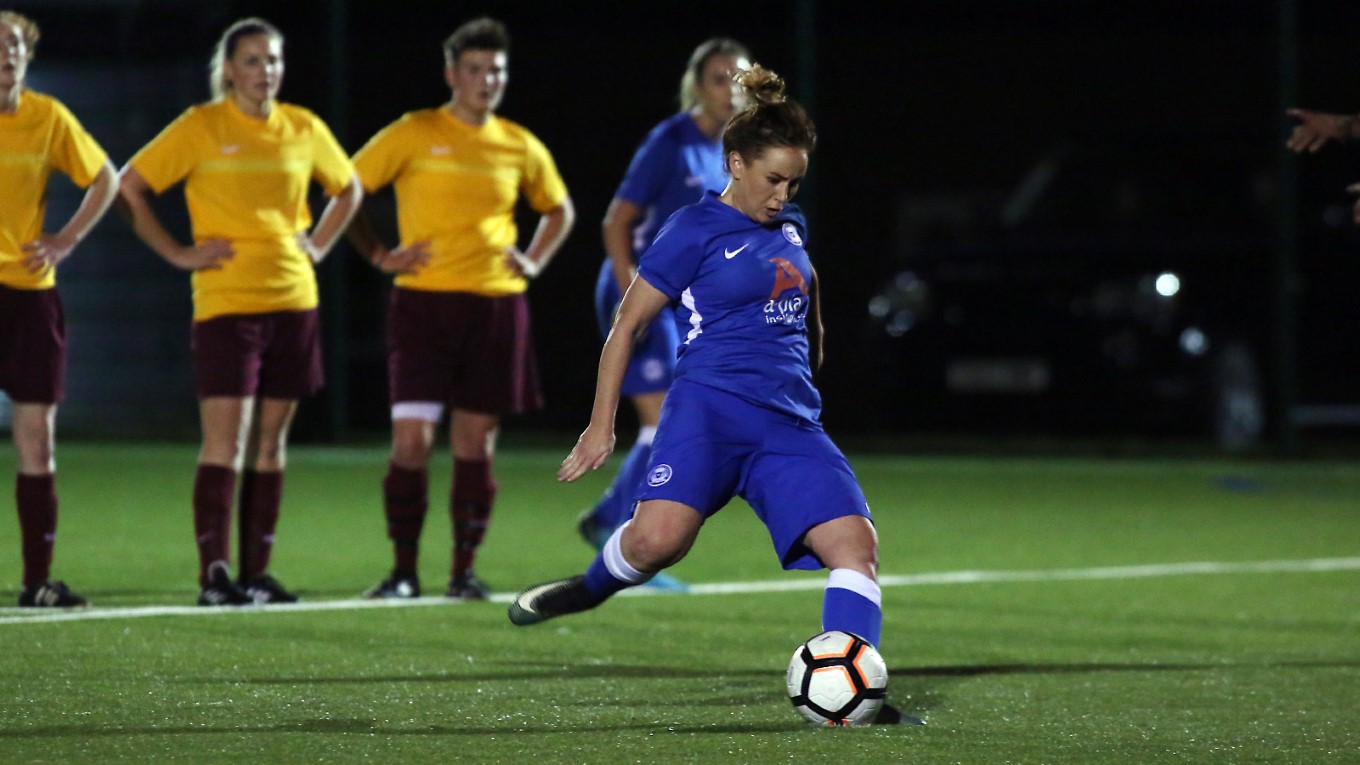 The Posh Ladies recorded a 3-1 victory in their latest fixture to continue their impressive start to the campaign.

After the disappointment of their first defeat of the season on Wednesday night Peterborough United Ladies looked to bounce back at The Mick George Training Academy on Sunday afternoon.

Posh started the brighter of the two teams and took the lead thanks to an eighth minute goal from in-form striker, Donna McGuigan. McGuigan took advantage of some good work from Posh midfielder Stacey McConville, who threaded the ball through for McGuigan - McGuigan slotted the ball passed the oncoming Rise Park keeper.

Posh continued to dominate much of the first half and McGuigan doubled her and Peterborough’s lead after 23 minutes, this time converting a Hannah Pendred assist. The score line remained 2-0 at the break.

Posh continued to pose a threat going forward in the second half, with the Rise Park keeper making a string of saves to deny Posh increasing their lead, but, it was Rise Park who scored the third goal of the game, a well taken goal from the Rise Park striker to make it 2-1.

A double substitution shortly after Rise Park’s goal, saw the introduction of Jess Driscoll and Laura Dodwell and it was the two substitutes who combined for Peterborough’s third. Driscoll’s pinpoint pass unlocked the Rise Park defence and Dodwell latched onto the ball and calmly finished to make it 3-1.

Posh travel to Chesham United Ladies in the next round of the FA Cup.

Player of the Match: Emma Stevenson