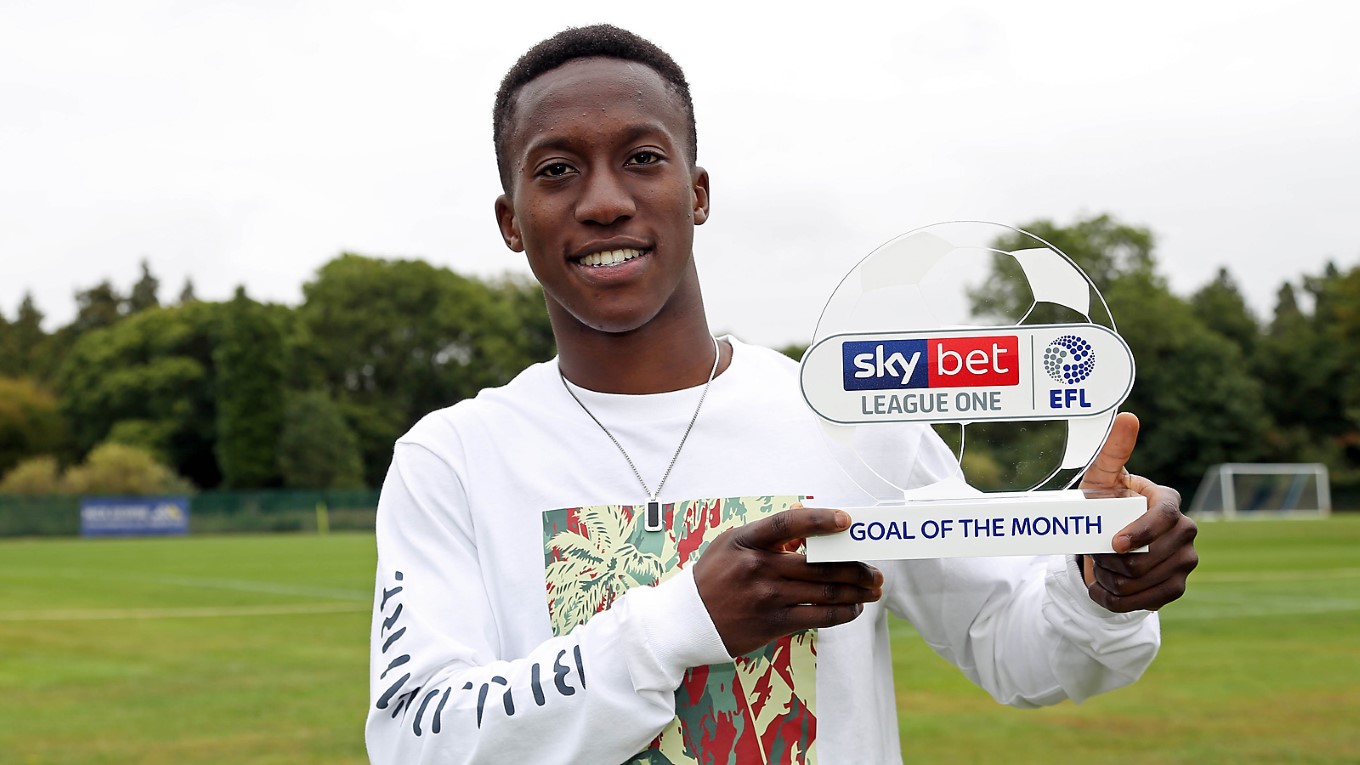 Dembele Wins Goal Of The Month

Posh starlet wins EFL League One Goal of the Month for August following the goal against Luton.

Peterborough United winger Siriki Dembele is the Sky Bet League One Goal of the Month winner for August, receiving 55% of the public vote.

Collecting the ball just inside the Luton half, Dembele attacked with real purpose – and, when it appeared he had been fouled on the edge of the box, he picked himself up, pushed the ball between two defenders and lashed it beyond the keeper for a wonderfully improvised goal.

Lead Sky Bet EFL Goal of the Month judge and Sky Sports Pundit Don Goodman said: “This was such an unconventional goal but showed Dembele’s determination and improvisation. Most people in the stadium probably thought he had been fouled just outside the box. But he played to the whistle, got back on his feet and finished with real confidence to cap one of the more unusual – but no less impressive – Goal of the Month winners we have seen.”

Dembele said: “I just remember getting the ball from Wardy [Joe Ward]. We were on the counter attack, so I was sprinting and then I got fouled.  But I thought the ball was there and I knew I could get it, I could get up and go and score, so I thought ‘why not just get up and go and score?’ I thought I could have played on, and you have just got to play on until the ref blows his whistle.

“I am hoping I score lots more goals and help the team out in every way possible. We are at the top at the moment and we want it to stay that way so we will do everything possible to keep pushing and keep winning every game that we can.”