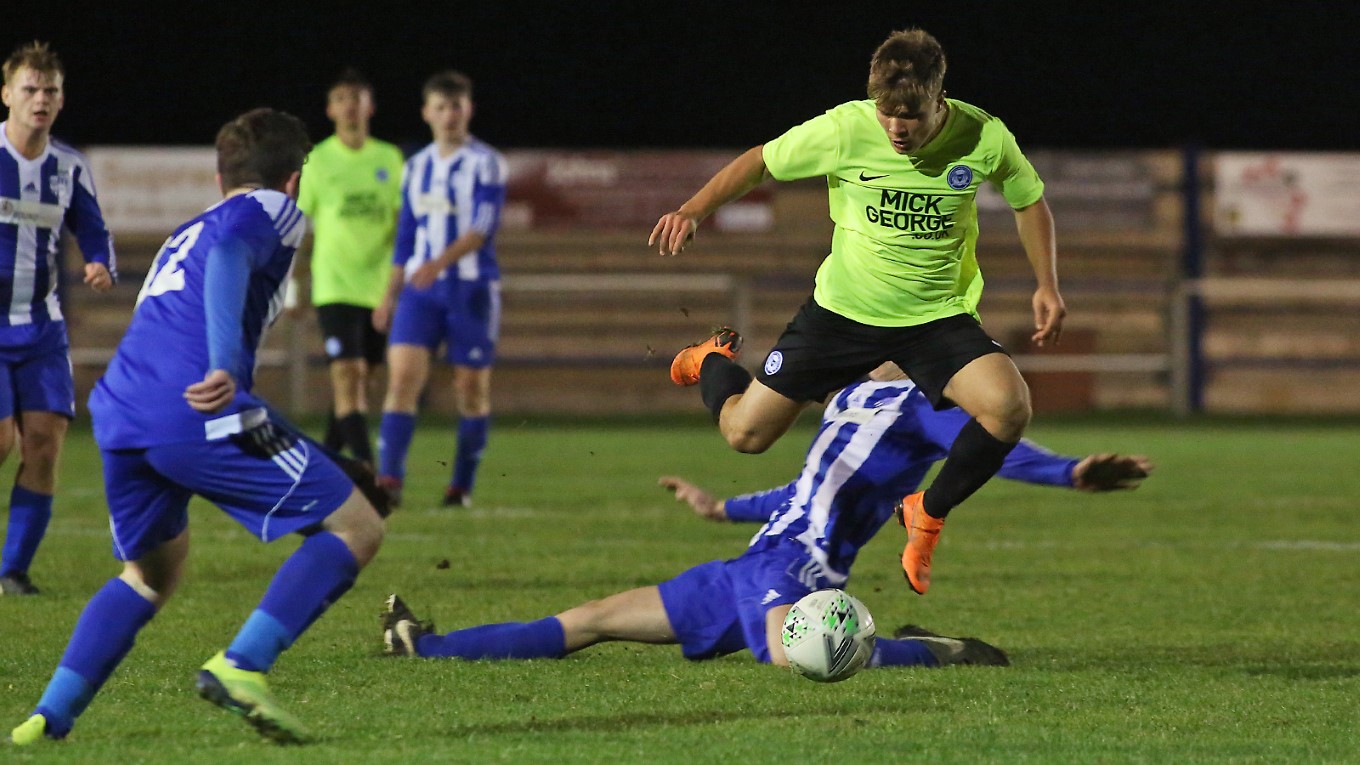 Youngsters into the second round after hard fought victory at Hullbridge Sports.

The Peterborough United under 18s progressed into the second round of the FA Youth Cup following a 2-0 victory over Hullbridge Sports and will entertain Luton Town at the ABAX Stadium with the fixture likely to take place next Tuesday night.

Goalkeeper Will Blackmore produced a stunning save inside the opening five minutes of the contest but was not tested for the remaining 85 minutes as the defenders in front of him coped admirably with the high ball from the non-league hosts.

It was defender Toby SALMON who opened the scoring, his looping header finding the corner after the hosts struggled to clear a set-piece into the box.  Harry Brooks struck the crossbar while Posh had appeals for a penalty kick turned down after Luke Strachan’s effort appeared to strike the arm of a defender.

Jack Gurney saw an effort fizz past the post while Strachan saw an effort chalked off for offside following another dangerous set-piece. Flynn Clarke saw a shot cleared off the line moments after coming off the bench while fellow substitute Ricky Jade-Jones saw a low effort go wide of the far post.

Barker and Gurney both saw further efforts go wide of the target before Posh did get the second goal their play deserved as Jade-Jones’ cross was turned in at the back post by Oli SHACKLETON.

Under 18s manager Matthew Etherington said: “We certainly didn’t get to the performance level that we have reached in the last six weeks, which is disappointing, but we are into the second round of the competition and we can look forward to a tie against Luton, who are a good side.

“We had a lot of chances but our final ball wasn’t to the standard that it should have been. Having said that, aside from a fine save in the opening five minutes, Will hasn’t had to do much and that is testament to the defenders in front of him and I thought our two centre backs were probably our best players.”