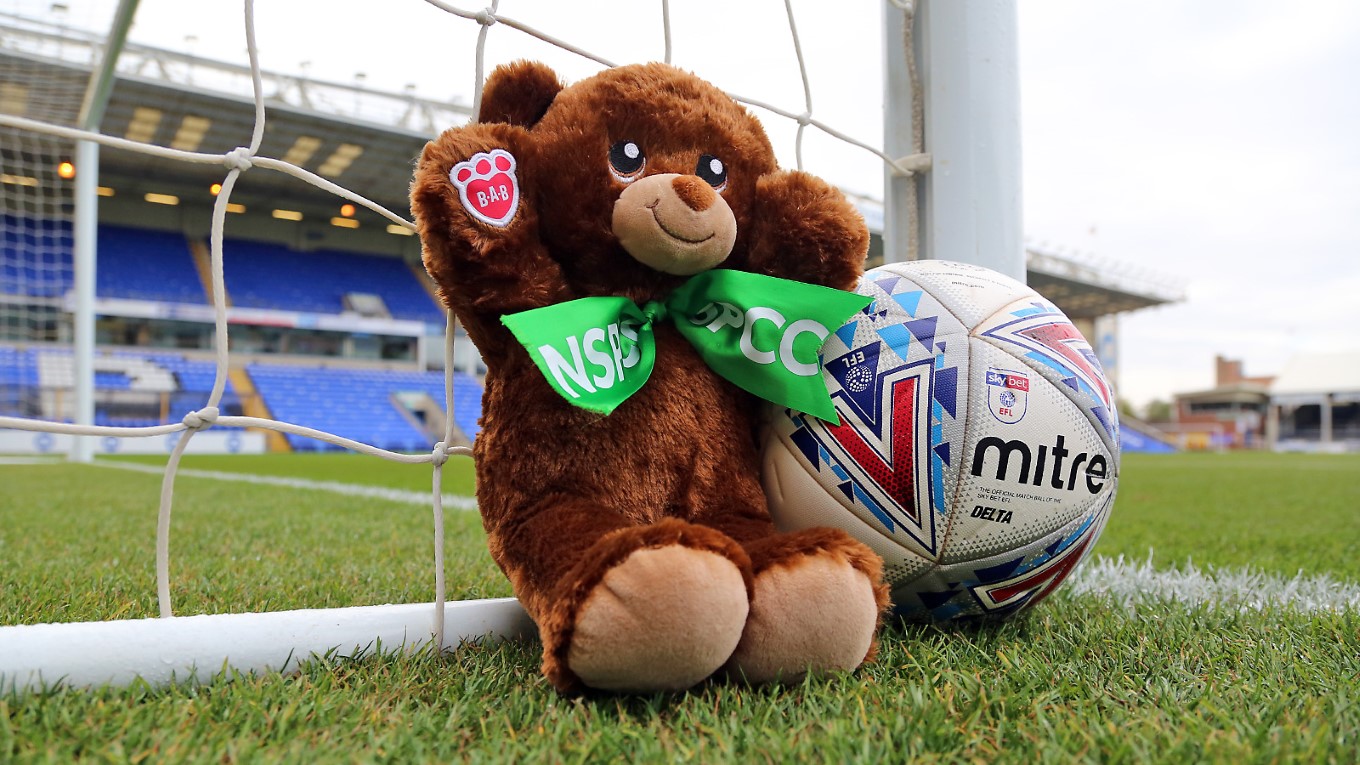 Peterborough United fans are being given the chance to name the club’s newest supporter. A teddy donated by Build-A-Bear® will be joining the team to help promote the club’s charity of the year. Build-A-Bear® marked National Teddy Day in the UK last month by donating 5,000 of its toys to the NSPCC.

Three crates of the bears were donated to the NSPCC’s service centre in Peterborough, and have been given to young people who have experienced abuse and are receiving one-to-one treatment.  Toys and play are an important part of some of the services the NSPCC deliver, helping young people recover from what can be deeply traumatic experiences.

And Posh have also taken one under their wing to help promote the services the NSPCC provides in the city. As well as helping name the bear, Peterborough fans can pick up their very own NSPCC teddy from the Club Shop for a donation to the NSPCC locally.

A suggested donation of £10 will go towards the work at the service centre in Fengate and services such as the charity’s Speak Out Stay Safe assemblies, which empower children to recognise and report abuse and neglect.

Fans can Tweet their suggested name for the bear to Peterborough United @theposhofficial where they can also follow its adventures over the coming weeks.  The currently un-named NSPCC bear said: “Me and my friends can bring comfort and a much-needed smile to a young person when going through difficult times.

“As part of the therapeutic services the NSPCC deliver, children often play with toys or puppets, dress up, make art or get involved with messy play. Loads of my friends are helping with this and many more have been given a loving home by children in need of a bit of extra support. I’m looking forward to being named, perhaps after a Posh legend or a fan who goes above and beyond to support the club, while helping raise funds for these vital services in Peterborough.”

For more information about the work of the NSPCC in Peterborough, or to help fundraise, email sarah.lambley@nspcc.org.uk