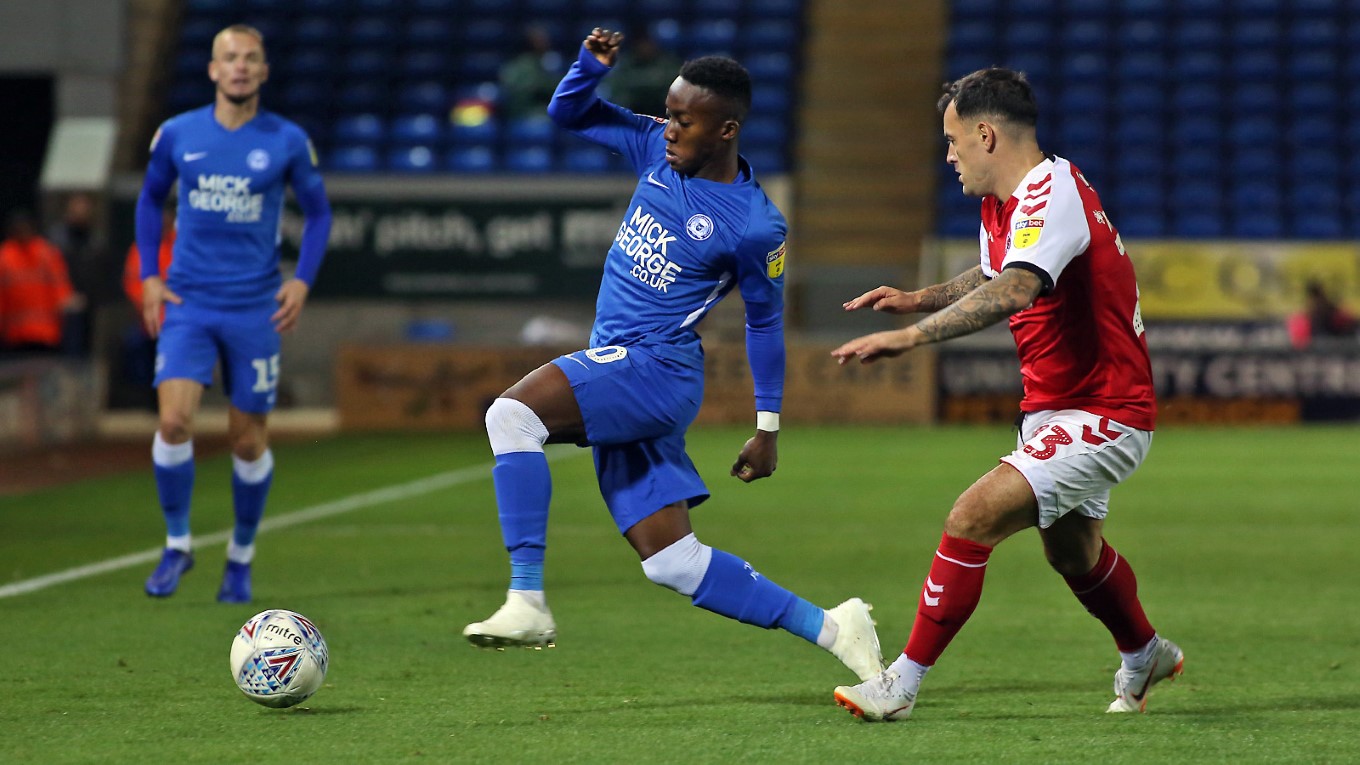 Posh pick up three points from a 1-0 victory over Fleetwood Town.

Peterborough United produced a hard-fought display to defeat Fleetwood Town 1-0 at the ABAX Stadium with defender Rhys Bennett scoring the only goal of the game, heading home a driven corner from Louis Reed.

Jamie Walker and Kyle Dempsey exchanged shots from distance inside the opening five minutes with both efforts going over the crossbar. Ross Wallace was cautioned for a rather obvious body check on the rampaging Joe Ward.

The lively Dembele fired wide from just inside the box on 31 minutes after linking superbly well with Ivan Toney, the former Grimsby man a tad off balance when he tried to wrap his foot around the ball after bamboozling the centre back.

Former Tottenham midfielder Dean Marney limped out three minutes before the break to be replaced by Harrison Biggins. Ryan Taylor was cautioned for flattening Dembele moments after the re-start.

The deadlock was broken on 51 minutes as a driven corner kick from Louis Reed was powered home by Rhys BENNETT for his second goal of the campaign. Toney saw a shot blocked after good work from Dembele before Fleetwood made a double change in personnel.

Burns fired over on the counter attack for the visitors before Colin Daniel was cautioned for a foul off the ball. Chapman produced a stunning fingertip save to divert a fierce Williams shot around the post on 69 minutes as the visitors broke at pace.

Chapman shovelled a long-range Biggins effort around the post on 68 minutes, but he could do nothing moments later as Long let fly, thankfully his drilled shot went inches past the post. Walker fed Toney on 73 minutes, but the striker fired well wide after initially doing well to take the ball in his stride.

Posh had the ball in the net on 75 minutes as Toney guided a Maddison set-piece into the net, but the offside flag was raised. Toney was denied by the legs of Cairns on 79 minutes after a glorious pass from the excellent Walker.

Reed produced a fine last ditch tackle to stop Evans from shooting on 81 minutes, but the midfield man suffered an injury in the process, replaced in the middle of the park by Mark O’Hara. Six minutes of added time was indicated by the fourth official.

Long found the side-netting in stoppage time with a low shot from 25-yards. The stoppage time was long, but Posh defended resolutely and held on for the three points.