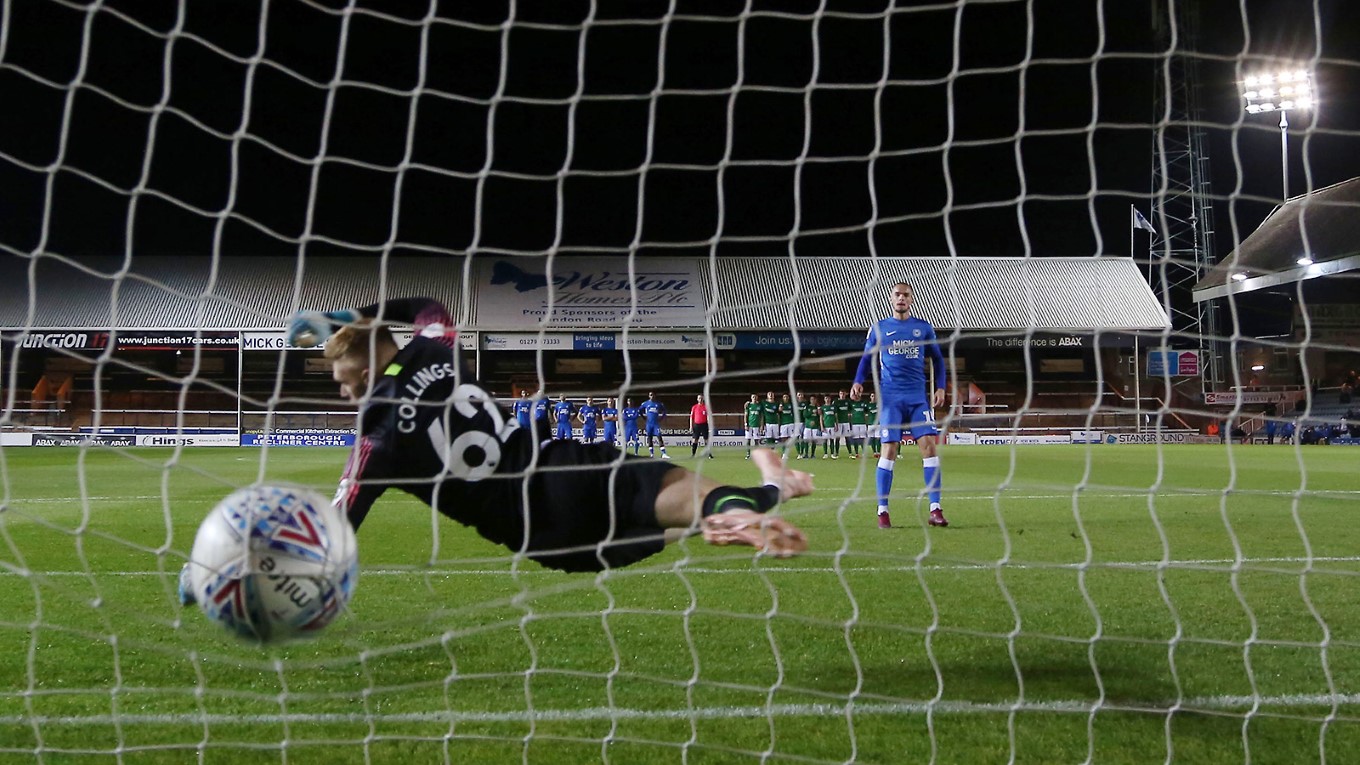 Brighton and Hove Albion under 21s come from behind to send the tie into penalty kicks and were victorious from 12-yards.

Peterborough United squandered a 2-0 lead against Brighton and Hove Albion under 21s at the ABAX Stadium and then suffered penalty agony for the second time in the competition as Matt Godden’s spot-kick miss proved decisive as the Seagulls claimed a 5-4 success from 12-yards.

Viktor Gyokeres tested goalkeeper Aaron Chapman with a well struck curler from distance before kicking away a downward header from the resulting corner kick. Connolly was next to get an effort on target, the keeper using his reach to tip the ball over the crossbar as the Seagulls pressed.

Jason Cummings sent a long-range free-kick over the crossbar on 27 minutes after Walker had been felled by Jordon Davies. On 29 minutes, Posh got their noses in front as a right-wing centre from Jason Naismith was collected by GODDEN who took a touch and fired high into the net past Collings.

Callum Cooke sent a powerful drive just over the top on 31 minutes after patient football from Posh in the final third.  One minute of added time was indicated by the fourth official before referee Mr Ward brought an end to the first period.

Cooke struck the post inside the opening 60 seconds of the second half after finding a bit of room just inside the penalty area from the kick-off. The lead was doubled on 53 minutes and it was a touch of class from the on-loan Jason CUMMINGS who collected a ricochet in the box, took a touch and produced a dink over the keeper Collings and into the back of the net.

Dembele clipped the outside of the post on the hour mark with a powerful left-footed drive from just inside the box as Posh pushed for a third goal. Reed then lashed a shot over the bar from distance before Brighton made their second change of the night with Gwargis introduced from the bench.

Godden had the ball in the back of the net again on 64 minutes, but quite rightly, the offside flag curtailed the celebrations. Collings produced a good stop to keep out a towering Godden header on 67 minutes after a good run and cross from Daniel.

Brighton reduced the arrears on 71 minutes as Aaron CONNOLLY cut inside onto his right-foot and curled a fine effort past goalkeeper Chapman from just inside the penalty area. The visitors levelled the game up at 2-2 on 78 minutes as DAVIES planted a header into the corner from a fine left-wing centre.

Brighton nearly found a winner in injury time as a corner was headed downwards by Ostigard and onto the crossbar. Brighton did win the penalty shoot-out 5-4 with Matt Godden missing the first and only spot-kick in the shoot-out.