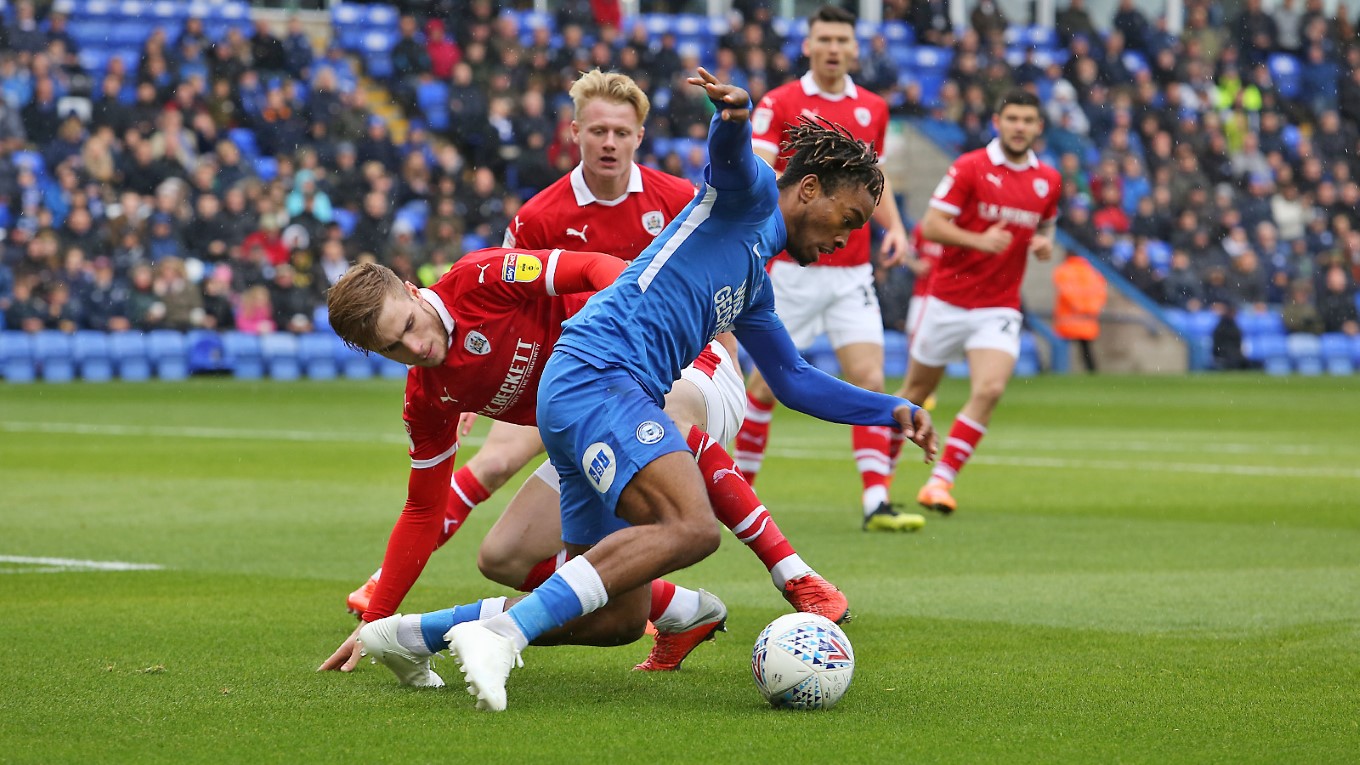 Match report for Peterborough United vs Barnsley on 06 Oct 18

Peterborough United suffered their second defeat of the Sky Bet League One campaign as promotion contenders Barnsley put Steve Evans’ men to the sword at the ABAX Stadium, running out 4-0 winners.

Goalkeeper Aaron Chapman made the first save of the afternoon, beating away a fierce George Moncur effort from a tight angle after referee Darren Drysdale failed to spot a foul on Jamie Walker in the build-up.

Potts saw a low shot gathered by Chapman on seven minutes after the attacking midfield man found a bit of room 25-yards from goal. Posh were awarded a spot-kick on 12 minutes as Toney and Ward were both felled in the box by hefty challenges, however Toney saw his penalty saved well by Adam Davies.

The visitors got their noses in front on 13 minutes as George MONCUR squeezed home from close-range after Moore’s initial effort had been blocked. Moore then was a whisker away from doubling the lead with a low crisp effort from just inside the box.

Chapman produced a superb stop to deny Bahre on 22 minutes as the Tykes again found space to work themselves into the penalty area. Matt Godden replaced Walker on 25 minutes as Steve Evans made an early tactical change.

Godden glanced a Maddison free-kick wide of the target moments later after Toney was upended while he was on the floor. Toney powered a header from a Maddison corner kick wide of the far post on the half hour mark, a good chance squandered for the former Newcastle man.

Naismith saw a glancing header from a Maddison free-kick gathered by Davies on 37 minutes. Toney was cautioned for a foul on 42 minutes with Williams the man upended. On the stroke of half-time, the Tykes doubled their lead as an unstoppable free-kick from POTTS found the top corner after Maddison had penalised his man 30-yards from goal.

Cavare squandered a glorious chance to extend the advantage two minutes after the re-start but he blazed his shot over the bar after finding acres of space in the penalty area. Maddison saw a speculative volley claimed by Davies on 50 minutes as Steve Evans made his second change with Darren Lyon replacing Daniel.

Bennett was cautioned moments later for dissent by referee Mr Drysdale. POTTS made the game safe on the hour mark with a shot from the edge of the area that found the bottom corner of the net.

Cavare was cautioned for a foul on Maddison on 62 minutes. O’Hara saw a diving header from a Godden centre claimed by Davies on 70 minutes. On 87 minutes, Godden saw a header from a Ward corner cleared off the line by a Tykes defender as a consolation goal was denied.

Deep into stoppage time, Barnsley made it 4-0 as substitute BROWN lashed home a low shot into the bottom corner from the right side of the penalty area.