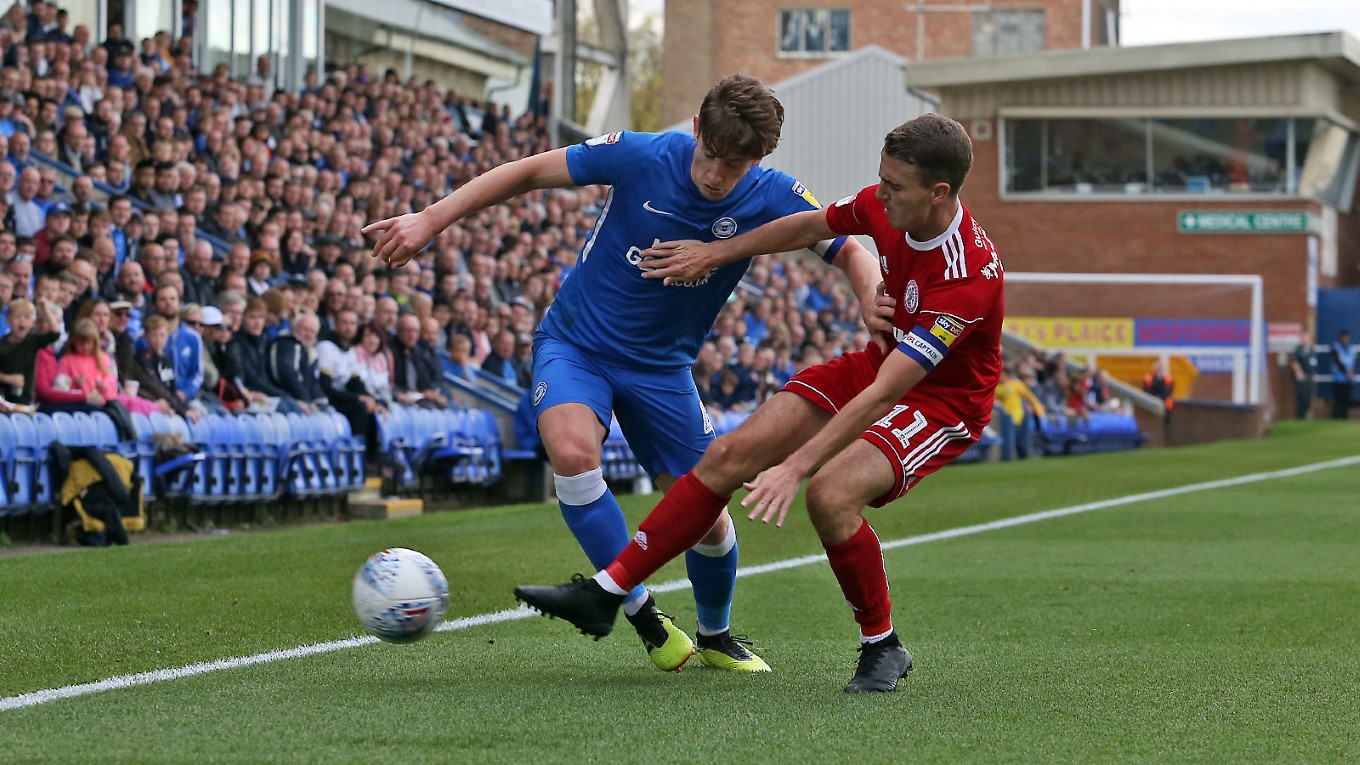 Peterborough United were beaten 1-0 by Accrington Stanley at the ABAX Stadium as a goal inside the opening quarter from Sean McConville earned the visitors all three points and condemned Steve Evans’ men to a home defeat.

The visitors got their noses in front on 10 minutes as a deep cross was headed back by Zanzala, the ball appeared to strike the back of Bennett before McCONVILLE picked up the loose ball and fired low into the back of the net.

Aaron Chapman then had to be alert to deny a close-range effort from Billy Kee as Posh failed to clear another ball in the box as Stanley continued to cause problems. Godden saw a shot strike the crossbar on the quarter hour mark after the in-form front man let fly from just outside of the penalty area.

Cummings saw an effort from 25-yards gathered by Maxted on 26 minutes after linking well with Ward from the right. Naismith fired over on the volley moments later after an intelligent knock down from Godden following a driven Woodyard cross.

Barlaser was booked for hacking down Dembele on the half hour mark, the third foul in a row on the diminutive attacker. Cummings saw a shot blocked after a fine Ward cross was punched clear as Posh ended the first half well.

Two minutes of added time was signalled by the fourth official, a ludicrously small amount given the stoppages in that first period. Cummings nodded a deep cross from Daniel over the bar moments after the re-start.

Cummings guided a header wide of the target from a deflected Ward cross on 48 minutes as Posh upped the tempo. Barlaser saw an effort deflect onto the base of the post before Steve Evans rung the changes with Marcus Maddison and Ivan Toney set to come on before the hour mark.

Cummings struck the top of the bar with a curler from just outside of the box, the second time Posh had struck the woodwork in this game to date. Evans completed his double change with Ward and Cummings making way for Toney and Maddison.

McConville was cautioned for a shocking challenge on Maddison by the touchline on 66 minutes. O’Hara somehow managed to get a yellow card for being tackled on 76 minutes before Jamie Walker was introduced in the final change.

Godden had a great chance to level the scores on 83 minutes following a fine Maddison cross but he steered his shot wide of the far post.