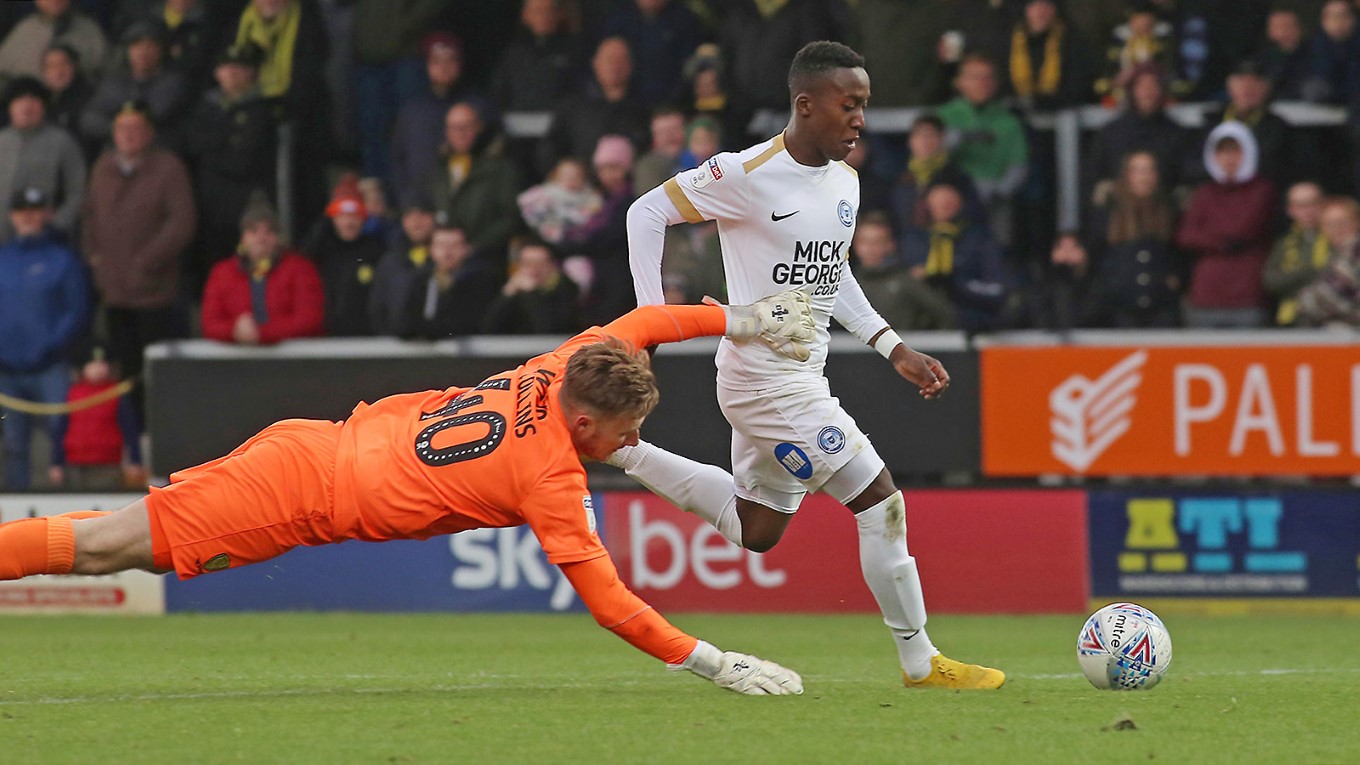 Posh make it two wins from two after 2-1 victory at the Pirelli Stadium.

Peterborough United continued their excellent run of form away from home with a seventh victory from eight league games as goals from Joe Ward and Siriki Dembele earned a hard fought 2-1 win at the Pirelli Stadium against Burton Albion.

Posh forced a number of set-pieces in the early exchanges with centre half pair Rhys Bennett and Ryan Tafazolli both seeing early efforts deflected behind. Devante Cole fired over the bar on the volley from a corner kick on 14 minutes as the hosts caused a bit of alarm from a set-piece.

Godden saw a shot blocked on the edge of the area after a good one-two with Naismith at the other end. Heskith curled over on his left-foot on 25 minutes after finding a bit of space on the edge of the penalty area. Godden had the ball in the back of the net moments later with a fine finish on the volley but the official deemed he had fouled his man before his stunning finish.

The deadlock was broken on 29 minutes as Joe WARD’s rasping left-foot drive from 25-yards took a slight deflection off a defender and nestled into the corner. Chapman was well placed to keep out a low shot from Miller at the other end as Burton tried to find an immediate reply.

Bennett headed a Reed free-kick over the bar on 32 minutes after Naismith was clattered by the touchline. Chapman did well to deny Quinn three minutes before the break after the experienced midfield man cut inside onto his un-favoured right-foot.

Dembele cracked the outside of the post on 50 minutes after a pacy run down the left hand side after being picked out by Denton. McFadzean was cautioned for a late tackle on Ward on 55 minutes by referee Graham Salisbury.

The lead was doubled on 58 minutes and it was the perfect counter attack, Ward timing the pass to perfection and DEMBELE took a touch and rounded the keeper before firing home with his left foot. The two-goal cushion didn’t last long though as ALLEN fired into the roof the net after Boyce had picked the midfield man out in space.

Bennett was cautioned for kicking the ball away on 73 minutes and Chapman followed him in the book for time wasting. Chapman denied Templeton from range and then produced an even better stop to deny the dangerous Boyce on 85 minutes as the pressure continued to intensify.

Posh made a change on 87 minutes with Jason Cummings replacing Toney in attack. Chapman was then well placed to deny a back post Fraser header, however Posh held on to equal their best run of form away from home for 10 years.