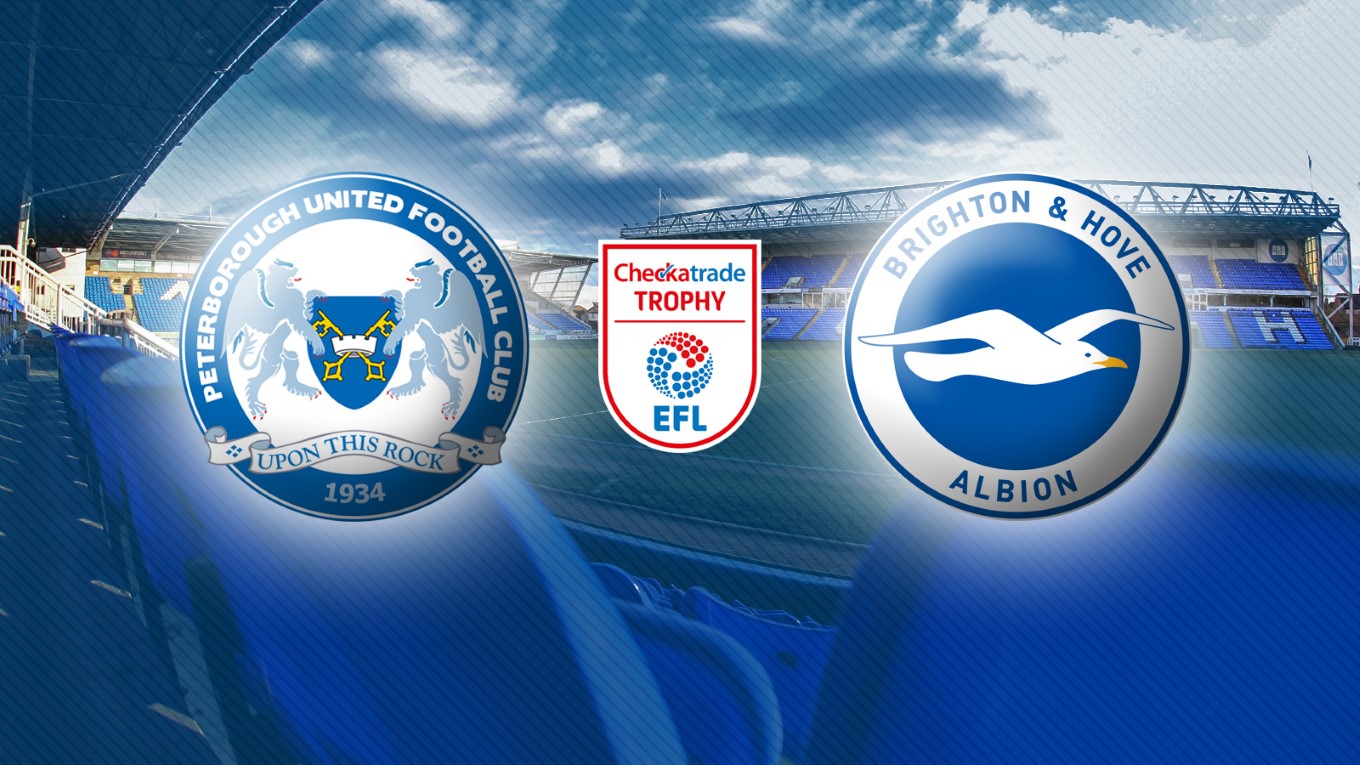 A look ahead to Tuesday night's Checkatrade Trophy tie with Brighton and Hove Albion under 21s.

Peterborough United are back in action the ABAX Stadium on Tuesday night as Brighton and Hove Albion under 21s visit for the second group stage game of the Checkatrade Trophy (7.45pm).

The Seagulls were beaten 2-1 by Luton Town in their first outing in the competition while Steve Evans’ men produced a stunning second half fightback to earn a 3-3 draw at Milton Keynes Dons only to lose the subsequent penalty shoot-out at stadium: mk.

Assistant manager Paul Raynor confirmed that goalkeeper Conor O’Malley is currently sidelined with a short-term shoulder injury that was picked up in the recent fixture with Notts County at the Mick George Training Academy. Tyler Denton is also working his way back to full fitness after picking up a knock in the same game.

Marcus Maddison’s ankle injury is not as bad as first feared but the winger continues to struggle with illness and remains a doubt. Posh are expected to field a strong side against the Seagulls with a number of first team players set to feature.

Brighton’s first team are without a fixture this weekend as it is the return of the Nations League so could feature over-age players in this round of games. Goalkeeper Jason Steele was between the sticks against Luton, making a string of fine stops, and will continue in goal.

FROM THE MANAGEMENT TEAM

“There can be a little bit of the unknown when you face an under 21 side, but we have done our preparation for the game. We have watched their game with Luton at Kenilworth Road and what they may lack in physicality, I am sure they will make up for in technical ability. We want to go as far as we can in this competition and we want to win the game,” Paul Raynor said.

The club have introduced a group saver discount for this fixture. The group discount allows under 18s to watch the action for just £1 with a minimum of two adults per group of 12 or more (£5 for each adult). This means you can bring a group of ten under 18's with two accompanying adults for only £20.

The football club have been working alongside the Junior Alliance League to promote this offer and fans can take advantage by emailing tickets@theposh.com by calling the ticket office on 01733 865674 (option 2) or by visiting the ABAX Stadium Box Office.

Also a reminder that season ticket holders can watch this game FREE of charge thanks to the generosity of club chairman Darragh MacAnthony. Season ticket holders can claim their free ticket at the ABAX Stadium Box Office, online at www.theposhtickets.com or by calling the Ticketmaster hotline 0844 847 1934 (calls cost 7ppm plus your network access fee).

Admission for non-season ticket holders have been set at just £5 in advance of match day (for adults, concessions and under 18s) with the price rising to £8 for adults on the night of the game. The Motorpoint Stand and the Weston Homes London Road Terrace will be closed for this fixture.

The match referee for the game is Gavin Ward.

Remember, if the game is level at the end of 90 minutes, both sides will get a point and then a penalty shoot-out will take place for an extra point.