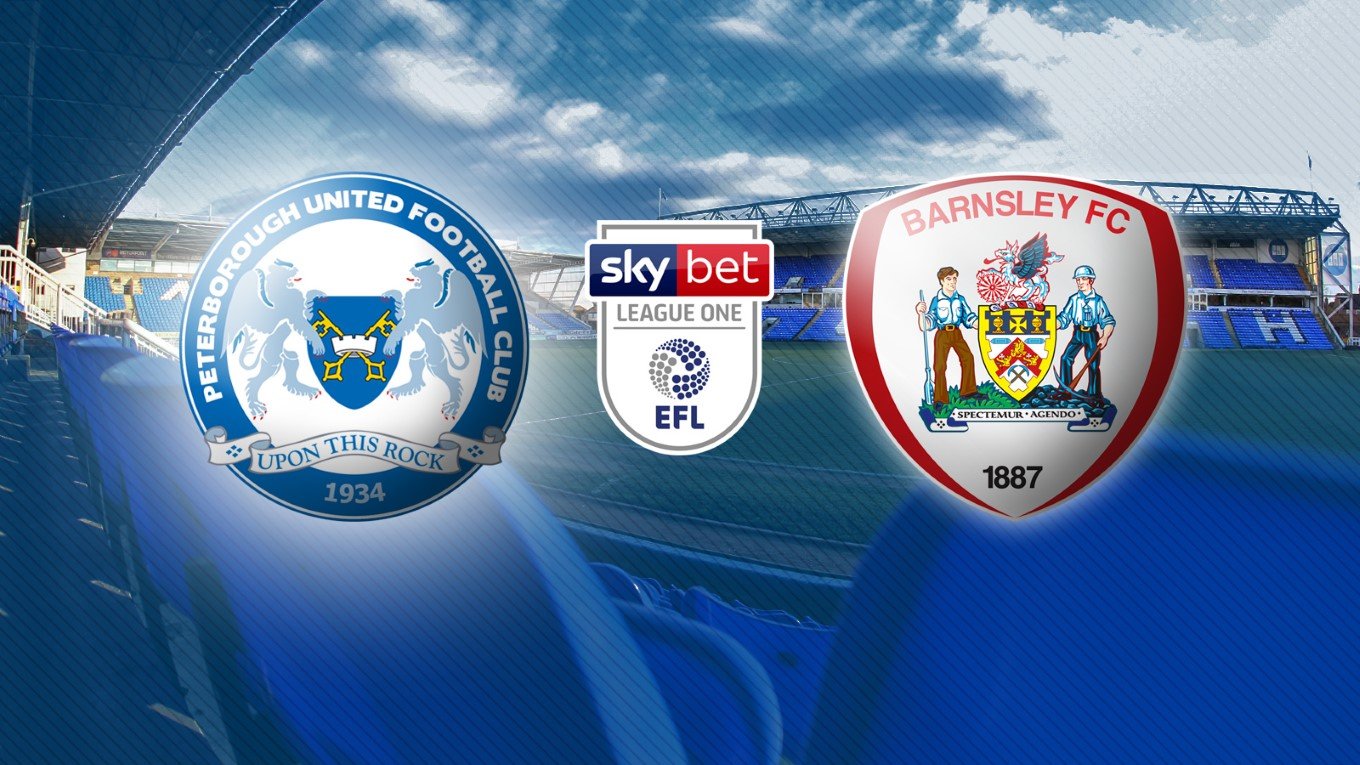 Match preview for Peterborough United vs Barnsley on 06 Oct 18

Posh welcome Barnsley to the ABAX Stadium this weekend in Sky Bet League One action.

Peterborough United entertain Barnsley at the ABAX Stadium on Saturday afternoon (3pm) and the football club would like to remind supporters that this game is ALL-TICKET for home supporters with the Tykes selling out their 1,700 allocation.

Barnsley, like Sunderland, were relegated from the Sky Bet Championship last term but unlike the Black Cats, they have managed to keep hold of the majority of their squad with the exception of Tom Bradshaw who joined Millwall.

Barnsley were held to a 1-1 draw by bottom placed Plymouth Argyle in midweek while Posh secured a 2-2 draw at the Stadium of Light.

Marcus Maddison missed training on Thursday due to illness but is expected to recover sufficiently to be in the squad at the weekend. George Cooper trained on Thursday and is available after injury, but Tyler Denton is expected to miss the clash as he continues to recover from an ankle injury.

Barnsley are sweating over the fitness of left-back Daniel Pinillos ahead of Saturday’s game. Pinillos came off towards the end of the first half in Tuesday night’s 1-1 draw with Plymouth Argyle with a knee problem, with his fitness heightened by the fact that a potential replacement in Zeki Fryers is expected to be out for two to three weeks with his own knee problem.

“Barnsley are a good side, they have managed to keep hold of the squad barring one that they chose to sell and they are in good form. I think most people expected them to be up there challenging and nothing I have seen will alter my viewpoint on that. However, we are at home, we are a good side and we are looking forward to the game. We know that we want to improve our home form, but we have only lost once and drawn a couple, I don’t mind where the wins come from as long as we are winning,” Steve Evans said.

Our next game against Peterborough is a very difficult game against a very good opponent. We must switch the attitude to 100 per cent to start 90 minutes or 95. The referee’s whistle is when he ends the game, not when we are 1-0 in front”, Barnsley boss Daniel Stendel said after the 1-1 draw with Plymouth.

Saturday’s game is ALL-TICKET for Posh fans with tickets on sale now at www.theposhtickets.com, via the Ticketmaster hotline 0844 847 1934 (calls cost 7ppm plus your network access fee) and in person at the ABAX Stadium Box Office.

The fan zone will be open from 1pm with all the usual inflatables, refreshments and entertainment. The face painter will also be present.