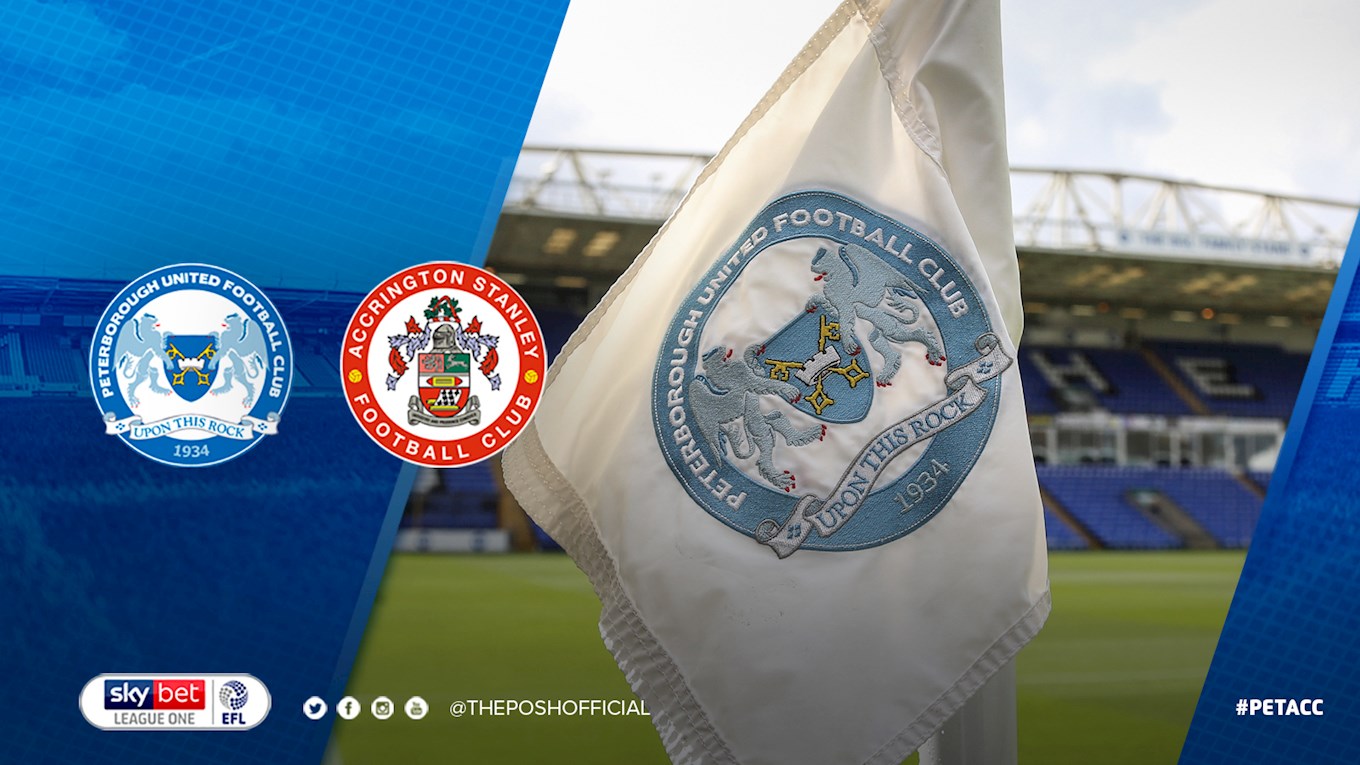 A look ahead to Saturday's clash with Accrington Stanley.

The clash with Stanley is the first of a double-header of home fixtures over the next few days with Fleetwood Town the visitors on Tuesday night. Accrington, like Posh, have enjoyed an excellent start to the campaign with some notable results, including the recent 3-1 home success over Bradford City.

Winger Marcus Maddison is available for selection after illness and injury and goalkeeper Conor O’Malley is also fit after recovering from a shoulder problem. Centre back Josh Yorwerth is currently away from the club dealing with some family issues.

Captain Seamus Conneely is recovering well from a groin problem but is unlikely to return to the squad this weekend, while Harvey Rodgers remains sidelined with a knee injury and on-loan Middlesbrough goalkeeper Connor Ripley serves the second of a three-match ban following his 16th minute sending off in the 1-0 defeat at Shrewsbury.

“Accrington Stanley have enjoyed a strong start to the campaign, but that shouldn’t come as a surprise because they were the best side my Mansfield team faced last season in League Two. They have a lot of talent in their squad and the manager John Coleman and his management team deserve a lot of credit, as does the chairman,” Steve Evans said.

“Steve and Paul are winners so they will be up for it like we are so we expect a scrap on the touchlines, within the rules of the game! We have analysed their strengths and weaknesses, we know the way they play, and we will try to come up with a formula to beat them,” Accrington assistant Jimmy Bell said.

Tickets are available at www.theposhtickets.com, via the Ticketmaster hotline 0844 847 1934 (calls cost 7ppm plus your network access fee) and in person at the ABAX Stadium Box Office. Remember it is cheaper if you purchase tickets in advance and it is also a Category B fixture.

We welcome representatives of the Army into the Fan Zone this Saturday with plenty of activities for all of the family. Not only that, but the mobile bar will be open prior to the match and refreshments will be available during the half-time interval for supporters in the Main North Stand. The usual inflatables will be in operation ahead of kick-off with the fan zone open from 1pm.

The match referee is Scott Duncan.