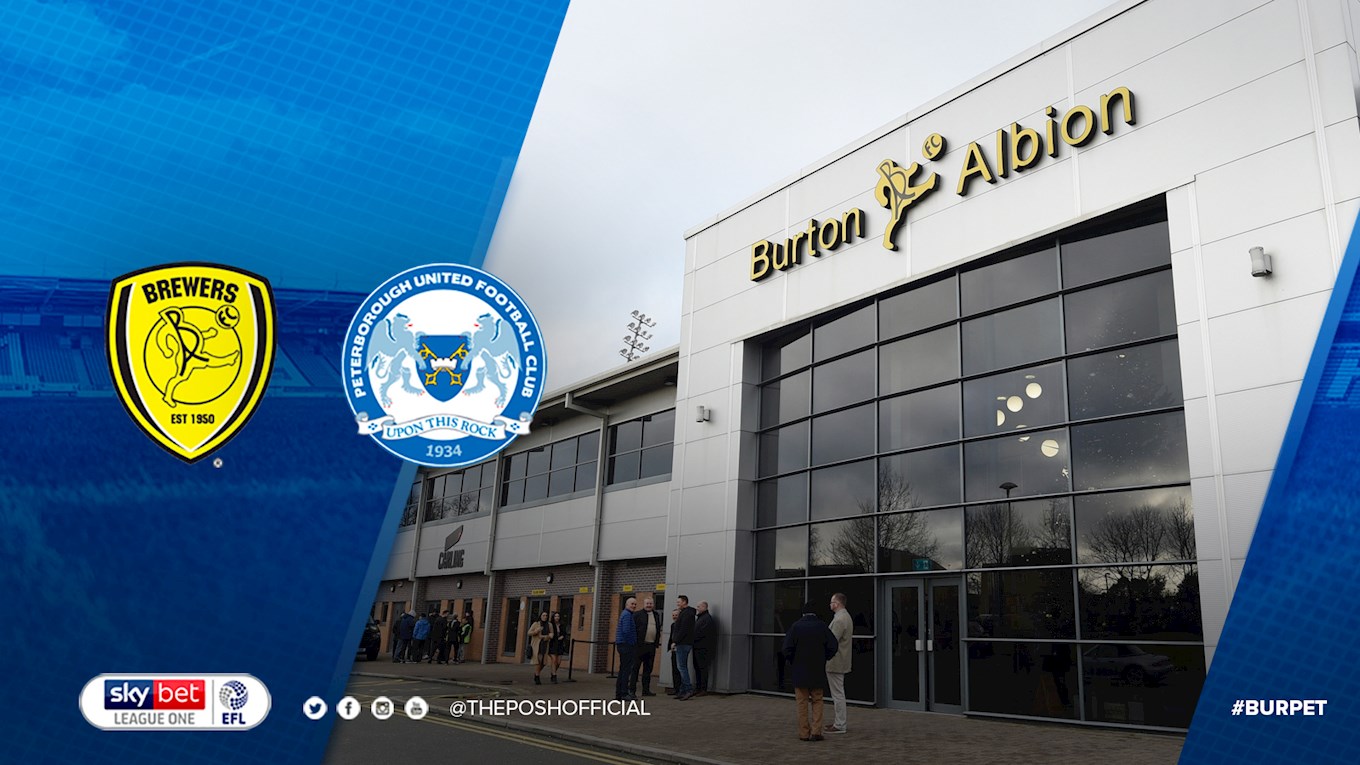 A look ahead to Saturday's trip to the Pirelli Stadium to face Burton Albion.

Peterborough United travel to the Pirelli Stadium on Saturday to face Burton Albion in Sky Bet League One action (3pm) looking to build on Tuesday evening’s hard fought 1-0 victory over Fleetwood Town at the ABAX Stadium.

The Brewers will be tough opposition for Posh – they go into the clash off the back of a 2-2 draw at league leaders Portsmouth and have also beaten Sunderland and Doncaster Rovers at their own stadium this season.

Posh are without the services of left-back Colin Daniel due to suspension. The former Blackpool man collected his fifth booking of the campaign on Tuesday evening. Tyler Denton would be a natural replacement, but Rhys Bennett and Jason Naismith have also been discussed as possible replacements in that position.

New signing Sebastien Bassong could feature after agreeing a short-term move on Thursday afternoon. There are no other injury concerns within the camp with only young defender Lewis Freestone and attacker Morgan Penfold on the treatment table.

Damien McCrory, Marvin Sordell, Ben Turner, David Templeton and Scott Fraser were all missing on Tuesday when the Brewers earned a 2-2 draw at top-of-the-table Portsmouth but they are nearing full fitness and could make their returns on Saturday.

“Burton secured an excellent point at Portsmouth on Tuesday night and they have beaten some top sides on their own patch. They have kept the majority of their squad together and will be probably our toughest opponents away from home since Sunderland. However, we go there in good shape with our away record,” Steve Evans said.

“Five senior players out at the same time is not ideal but it can happen like that. We had a pretty full squad prior to those injuries but all of sudden one goes and then another and you are five down. But the youngsters have stepped up and anyone who has come in and taken the place of the senior players has done remarkably well,” Burton boss Nigel Clough said.

The game is no longer all-ticket for Posh fans. There is a £2 price increase on the day. Tickets will be on sale until 3pm on Friday at www.theposhtickets.com, via the Ticketmaster hotline 0844 847 1934 (calls cost 7ppm plus your network access fee) and in person at the ABAX Stadium Box Office. 880 tickets had been sold at 1pm on Friday.

Posh will be wearing the white away kit for this fixture.