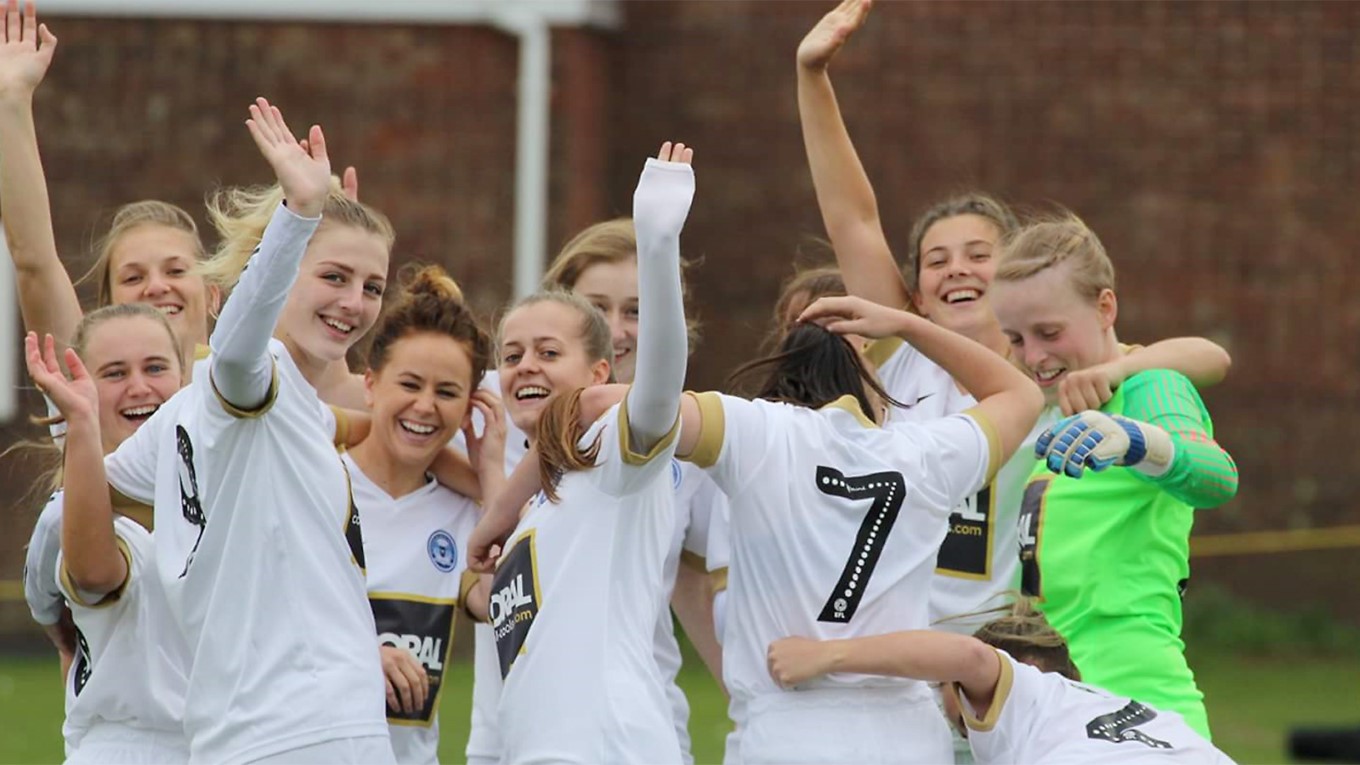 Peterborough United Ladies put on a marvellous display of attacking football with a comprehensive 6-3 win over Boston United Ladies. Posh Captain Keir Perkins made it 1-0 in the 3rd minute with a right footed shot that the Boston goalie couldn’t hold. Posh made it 2-0 in the 24th minute when Jess Driscoll’s in swinging corner bounced off a Boston defender to give the goalie no chance. On 45 minutes Posh went on the offensive and Stacey McConville beat the offside trap to poke in from short distance and make it 3-0.

The second half saw Boston play with a second striker and it paid dividends when in the 60th minute a low hard shot squeezed past the Posh goalie to make it 3-1. That seemed to galvanise the Posh who started to play with the confidence they displayed in the first half. Megan Parrett had just come on in the 61st minute and her first touch was to side foot a volley into the Boston goal to make it 4-1. Posh made it 5-1 in the 64th minute when Tash Applegate hit a shot from 20 yards after the goalkeeper had come out and failed to collect the ball.

Boston were able to score two more goals on the 67th and 89th minute to make it 5-3 but Tash Applegate made it 6-3 in the 90th minute with a well struck left footed shot.

Overall this was a comfortable win for the Posh Ladies. They dominated the game at various stages and should have scored more. Credit to the Boston United Ladies who defended well and scored some well taken goals.