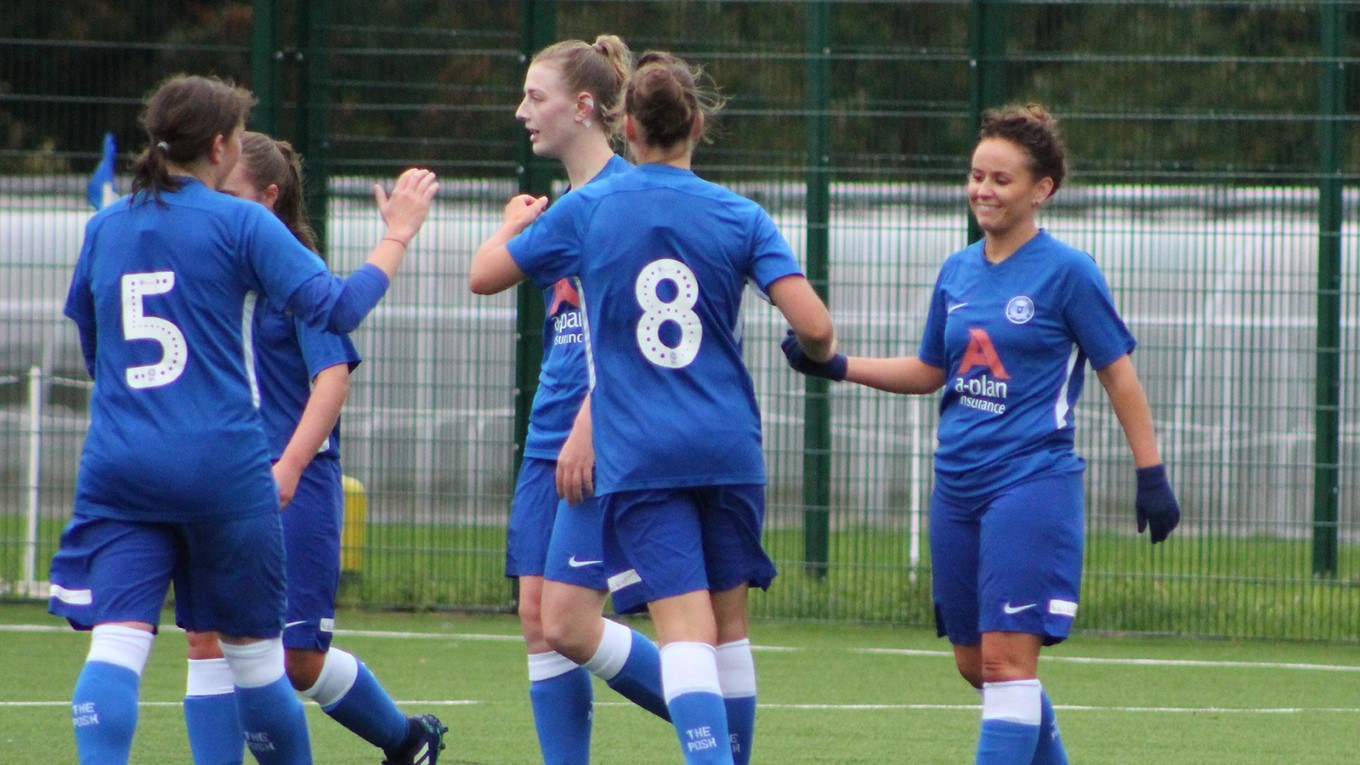 The Ladies secured a big league victory at the weekend.

In the second half the Ladies started to force play along the channels and their efforts were rewarded in the 53rd minute when a lovely through ball from Leah Crawford allowed Donna McGuigan to rifle the ball in from close range to make it 3-1.

By now Peterborough United Ladies were dominating the possession in midfield and they made that possession count in the 56th minute when Laura Dodwell put in an excellent pin point cross across the face of the goal for McGuigan to finish at close range and to make it 4-1.

The Ladies continued to probe the Woodlands defence at every opportunity and finally in the 76th minute Laura Dodwell pounced on a spill by the Woodlands goalkeeper to make it 5-1.

The Ladies saved the best goal of the afternoon when a cross in the 82nd minute found Hannah Pendred who collected the ball, turned her defender and lashed the ball into the net from 20 yards to make it 6-1.

There was still time for McGuigan to get her hat trick in the 87th minute and to make it 7-1 when she shot from close range.This was an excellent performance from the Ladies. They dominated possession in the second half and played some excellent passing football.