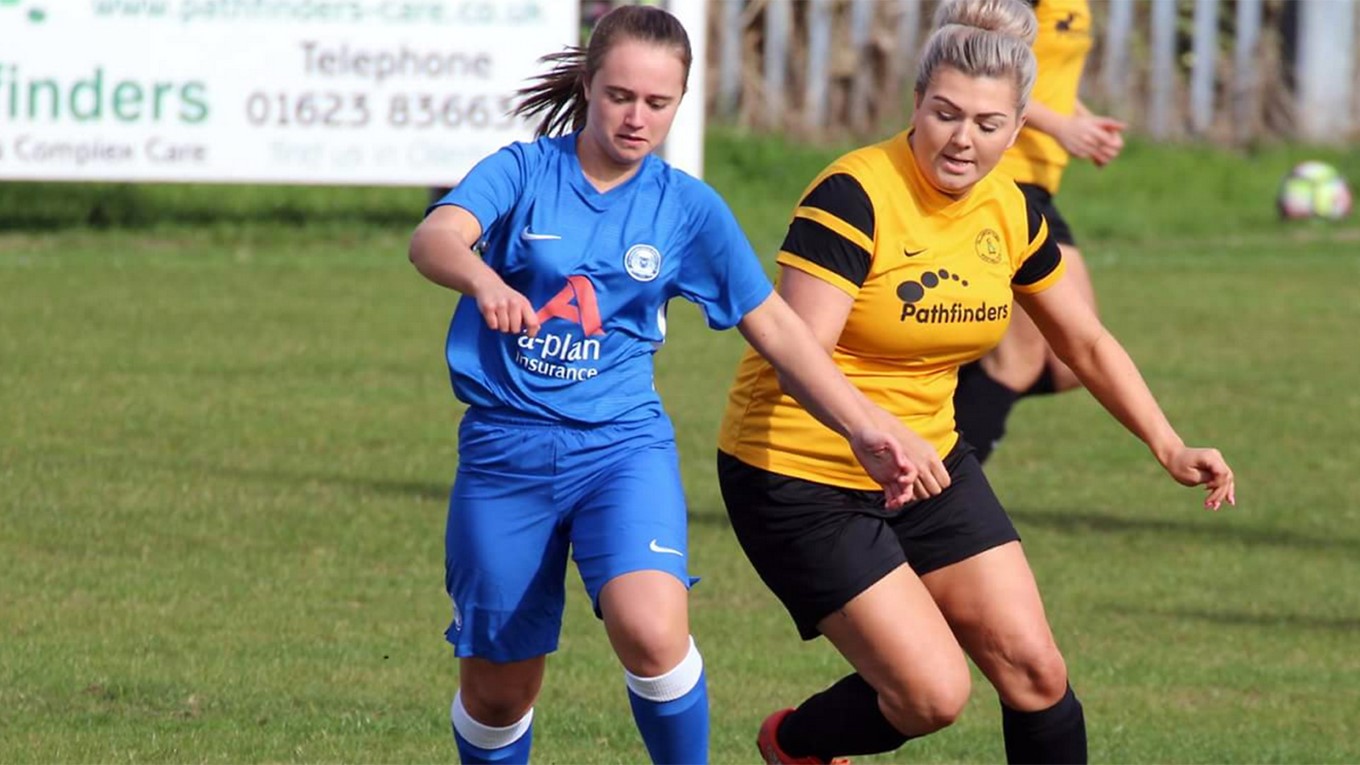 Ladies Earn Point On The Road

The Posh Ladies earned a 2-2 draw at Ollerton Town at the weekend.

After two consecutive cup fixtures, the Peterborough United Ladies returned to league action on Sunday, away against Ollerton Town. Posh started brightly but failed to create many clear cut chances. That was until the 34th minute after some exceptional build up play led to striker Keir Perkins breaking the deadlock from close range. Posh went into the break a goal to the good.

In the second half, Ollerton started on the front foot and were rewarded for their perseverance with two goals in quick succession - an equaliser after the hour mark and their second after 65 minutes.

Posh seemed to find their momentum again and pushed for the equaliser, which eventually came on the 80th minute. Posh won a free kick on the edge of the 18-yard box and Jess Driscoll executed perfectly to level the game at 2-2.

Posh looked the more likely of the two teams to snatch a winner and went agonisingly close in the closing minutes - one chance in particular being ruled out for a marginal offside decision - but it wasn’t to be and Posh came away with a well-earned point.