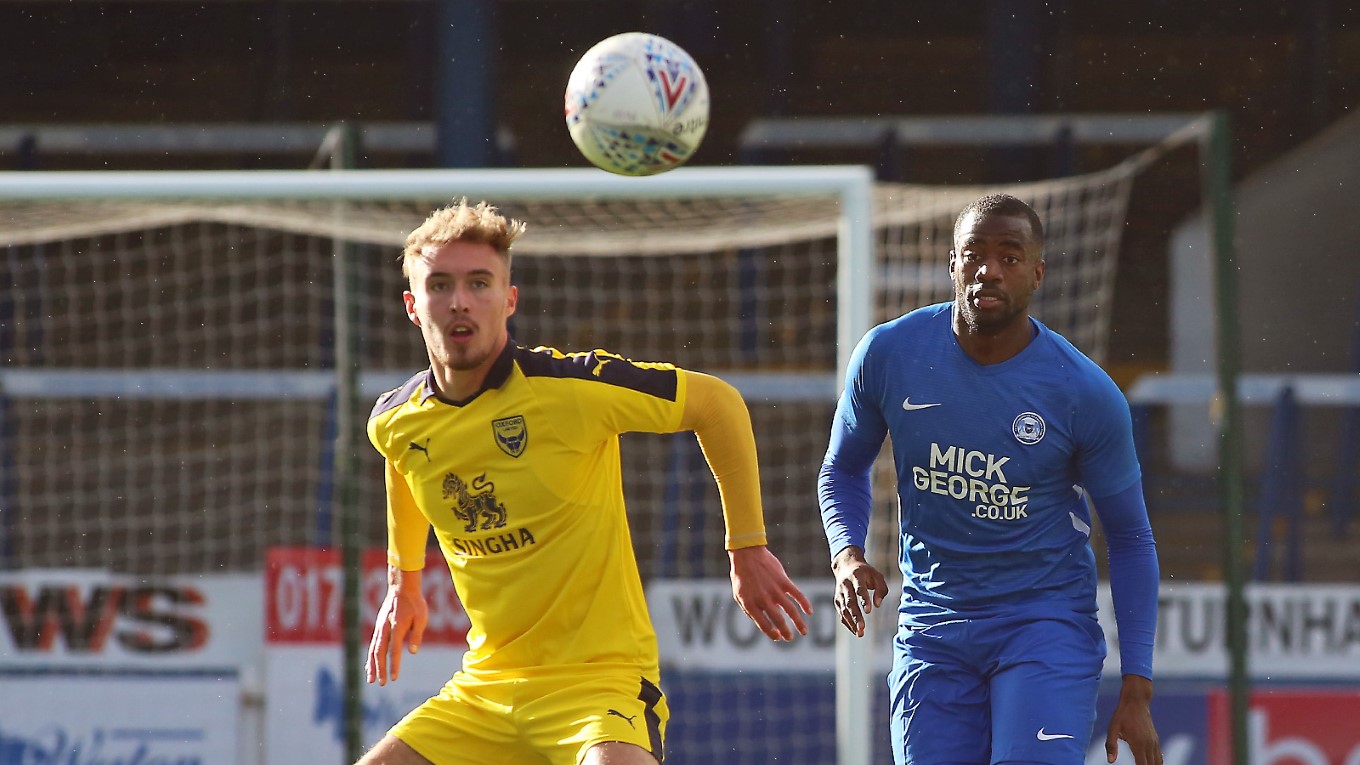 Posh and Oxford play out a 1-1 draw in a friendly fixture at the ABAX Stadium.

The latest recruit for Peterborough United, Sebastien Bassong, completed 90 minutes in a behind closed doors friendly with Oxford United at the ABAX Stadium with Darren Lyon the Posh goal-scorer in a hard fought 1-1 draw.

Young centre back Sam Cartwright, currently on-loan with St Ives Town, saw a powerful header from a Marcus Maddison corner kick tipped over the bar inside the opening quarter of an hour following a bright start to proceedings at the ABAX Stadium.

George Cooper sent a 25-yard curling effort wide of the target moments later as Posh tried to find a breakthrough. Mark O’Hara planted a header wide from another excellent Maddison set-piece on 19 minutes.

Walker fired wide from just outside of the box after a patient Posh build-up as the game reached the half hour mark. The deadlock was broken moments later and it was against the run of play as the visitors finished off an excellent move with a low finish into the bottom corner.

Posh appealed in vain for a spot kick as Cooper appeared to be felled inside the area, but nothing was given by the match official. Posh made a change three minutes after the break with Isaac Buckley-Ricketts replacing Maddison.

The change had an immediate effect as Buckley-Ricketts got a touch into the path of marauding right-back Darren LYON who produced a calm composed left-foot finish into the bottom corner of the net.

Buckley-Ricketts produced an excellent cross for Cummings moments later but his header was tipped over the bar by the keeper. That one on one battle continued on the hour mark as Cummings evaded the offside trap, again the keeper made a fine stop diving to his right.

The Us shot-stopper was at it again minutes later as he kept out another powerful effort from Cummings with O’Hara seeing the resulting chance blocked. Substitute Andrea Borg fired wide of the near post after linking well with Cooper after being introduced for Jamie Walker.

O’Malley did well to tip a long-range effort over the crossbar after Buckley-Ricketts had tested the Oxford keeper with a curler after a strong run from deep.