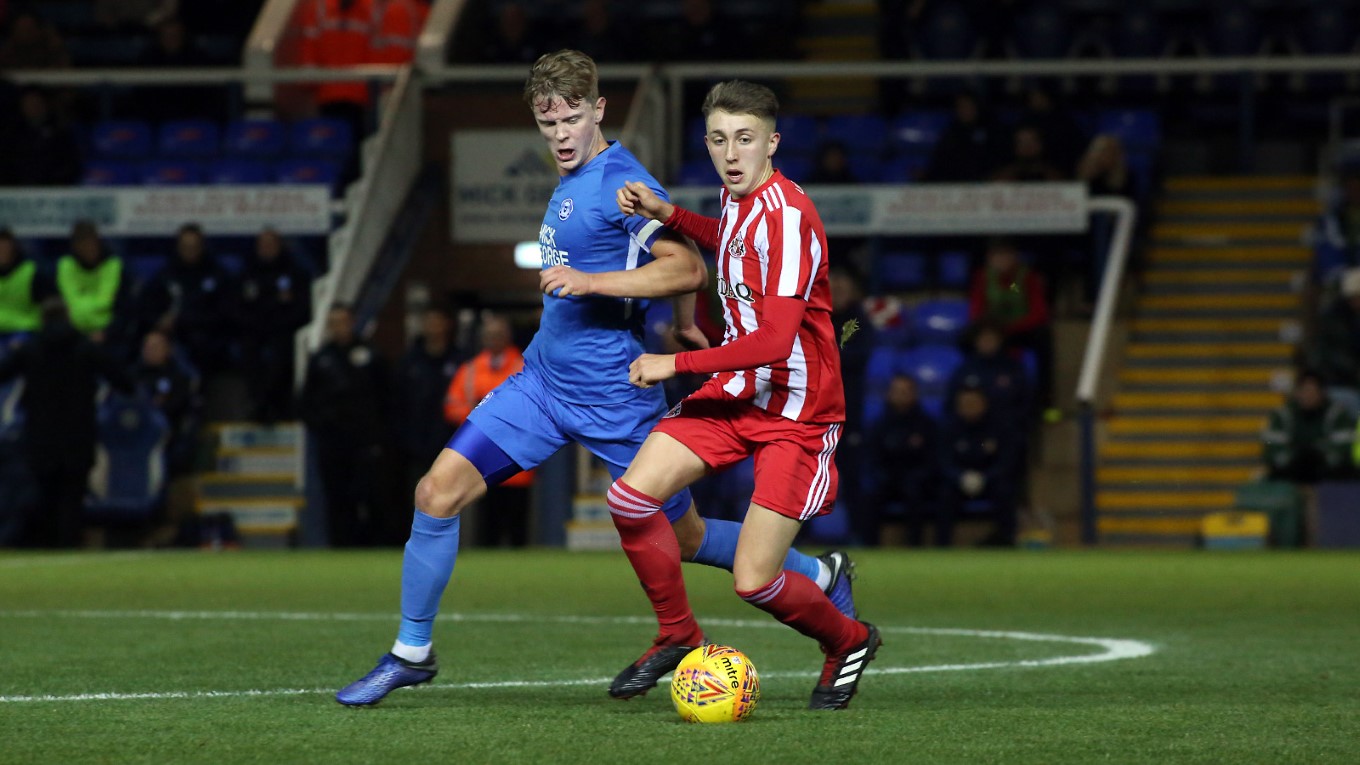 Peterborough United’s participation in the Premier League Cup has proved to be a challenge for the under 23s as Sunderland demonstrated their ruthless edge in front of goal with a 4-1 victory at the ABAX Stadium on Monday evening.

Colin Daniel sent an early volley wide of the target as Posh made the most of the early running at the ABAX Stadium. However, it was the visitors who opened the scoring on eight minutes as a strong run and shot from Jordan Hunter was parried by Conor O’Malley and Williams KOKOLO was well placed to stab home the rebound with his left-foot.

Cooper fired well wide with his left-foot after Bassong and Cummings did well in the link-up play. The home side drew level on 22 minutes and it was a fine individual effort from Siriki DEMBELE who beat a couple of players, cut inside and saw his shot deflected past goalkeeper Patterson at the near post.

Lyon saw a shot parried after more good trickery from Dembele moments later before Daniel did well at the back post to stop a quick Sunderland breakaway. Cooper was cautioned by the referee on 34 minutes for a combination of a foul and kicking the ball away.

Cummings saw a first time shot claimed at full stretch by Patterson on 38 minutes after a clever flick from Dembele. Sam Cartwright nodded a teasing Cooke centre over the bar on 49 minutes after Posh did well to work the short corner.

It was the Black Cats who got their noses back in front on 54 minutes as a fine run and cross from the skipper Bale picked out the onrushing CONNELLY who made no mistake from 10-yards. It was 3-1 to the visitors less than two minutes later as a in-swinging corner was headed home unchallenged by BAINBRIDGE.

Cooper thought he had reduced the arrears with a fine curling free-kick on 65 minutes but goalkeeper Patterson produced a superb save to claw the left-footed effort over the crossbar. KOKOLO made it 4-1 on 78 minutes with a well-placed left-footed finish from just outside the penalty area.

Dembele was denied by another smart Patterson stop on 82 minutes as Posh pushed for a consolation goal as the game moved towards its conclusion. Burrows squandered a chance moments later after good work from Dembele, the youngster firing over from 10-yards.