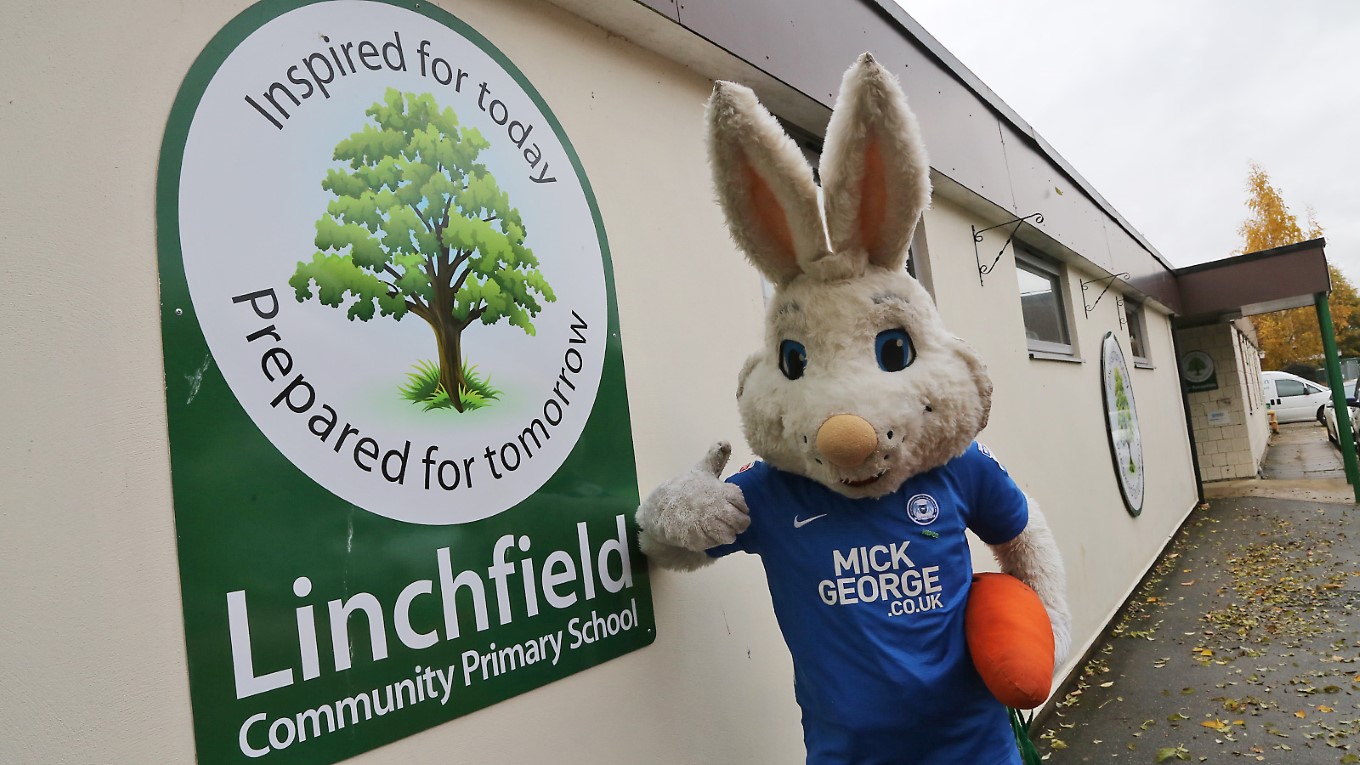 The Peterborough United school’s initiative continued this week with a visit to Linchfield Primary School in Deeping.

Every pupil in the school received a FREE ticket to a forthcoming fixture at the ABAX Stadium with the initiative also allowing a parent to watch the game free of charge too. Press Officer Phil Adlam said:

“It was brilliant to be able to visit Linchfield Primary School with mascot Peter Burrow. All of the youngsters there were really excited to meet Peter and were enthusiastic about the assembly in general. We hope to see them all at the ABAX Stadium soon!”