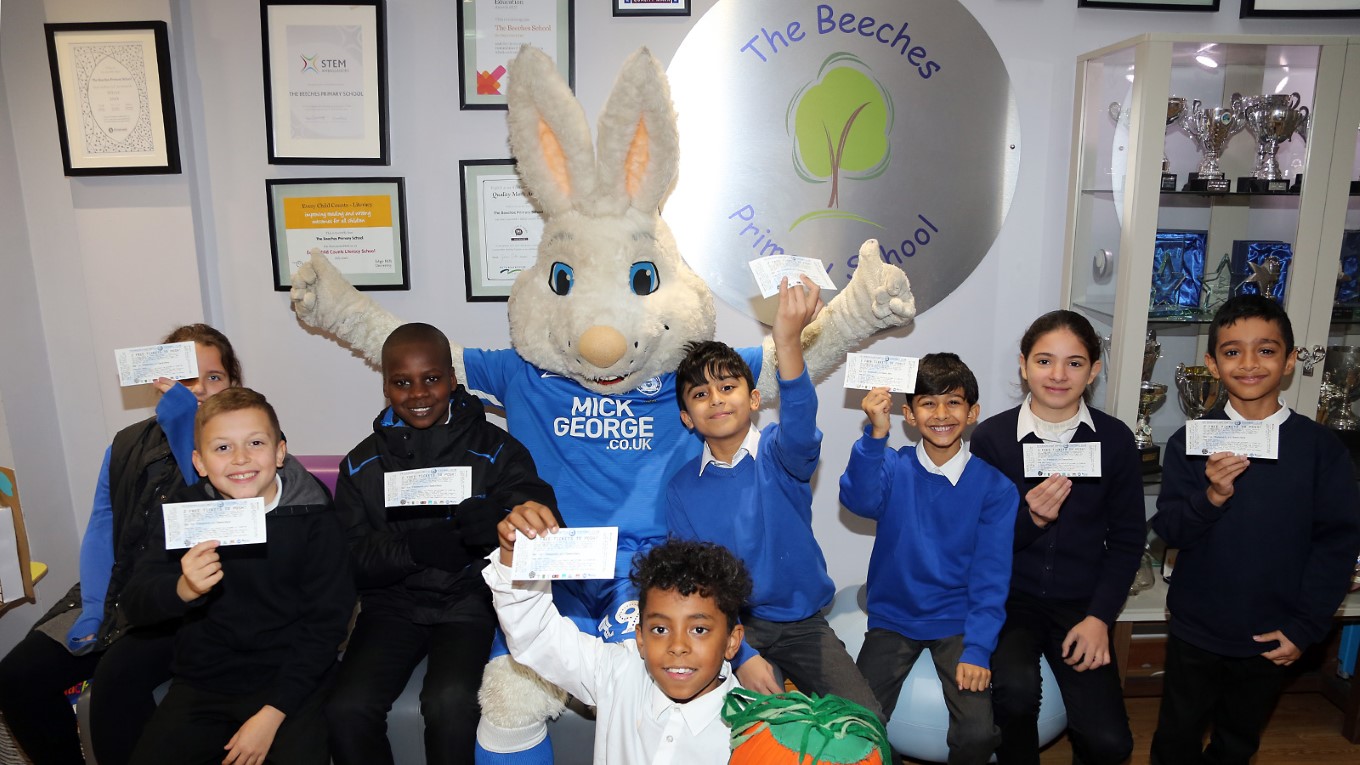 Schools Initiative continues with a visit to Beeches Primary School.

Every child in the school received a FREE ticket to a forthcoming Sky Bet League One match at the ABAX Stadium with an adult also admitted free of charge.

Press Officer Phil Adlam said: “Beeches was the second school situated in the city that we have visited as part of our commitment to giving away free tickets to youngsters. We were made to feel very welcome and hopefully the kids there will take up the offer and come and watch us play in the next few weeks.”