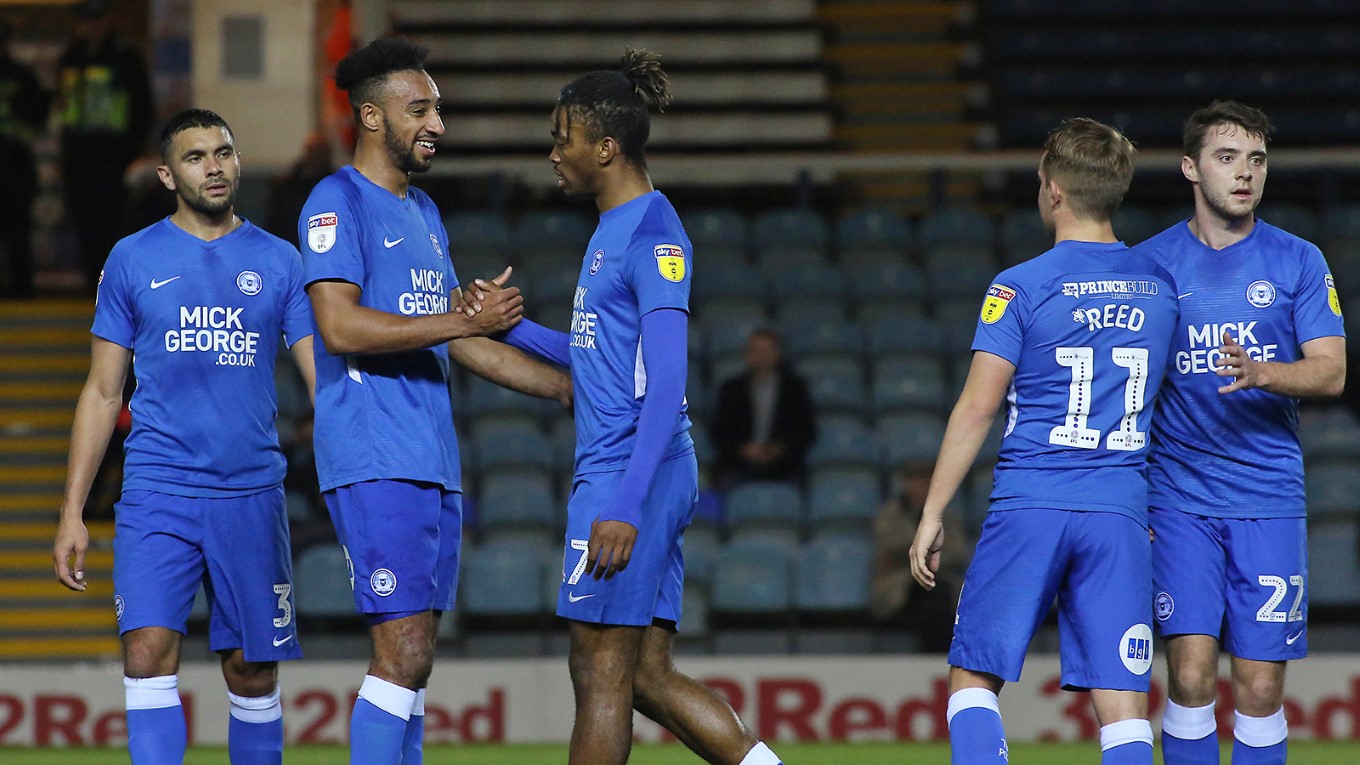 Peterborough United moved into the second round of the Checkatrade Trophy after a hard fought 2-1 victory over Luton Town at the ABAX Stadium with Colin Daniel and Ivan Toney the goal-scorers, Daniel netting his first goal in Posh colours.

Arthur Read tested Conor O’Malley in the first five minutes of the game but the Irish shot-stopper made a routine stop. Maddison fired wide at the other end after a good pass into his feet by Sebastien Bassong as Posh tried to push for the breakthrough in this Checkatrade Trophy final group stage fixture.

The deadlock was broken on 19 minutes as superb wing play from Marcus Maddison created a chance for left-back Colin DANIEL who made no mistake, sweeping home on his right-foot for his first goal in Posh colours.

Dembele fired over from 30-yards with his left-foot as Posh pushed for a second goal as a raking Maddison pass was only half cleared. Walker fired into the side-netting on 24 minutes after a wonderful run and pass from Maddison.

Maddison was denied his first goal of the season by a good stop from Stech on 29 minutes after the winger let fly from 30-yards. Posh doubled their lead in fine style on 35 minutes as Ivan TONEY curled home a superb free-kick over the wall and past the despairing dive of Stech.

Toney nearly eclipsed his opening goal on 38 minutes as he caught a driven Reed corner kick well on the volley, but unfortunately the former Newcastle man saw his effort fly over the crossbar. Cooke fired over moments after the re-start with a crisp strike from 30-yards which had Stech scrambling.

Daniel was cautioned for a foul on 50 minutes by referee Mr Woolmer. McCormack followed him into the book for a foul on Dembele three minutes later. Cornick sliced a shot wide of the target moments later after Dembele’s low free-kick struck the wall.

O’Malley made a fine stop to keep out a low Lua Lua effort on 57 minutes, pushing the fierce drive away from danger as well as keeping it out of the back of the net. The Irishman was at it again moments later, as Grant let fly as the Hatters sensed a way back into the cup tie.

Alan Sheehan wasted a golden opportunity to head the visitors back into the game, his free header going wide of the target following a deep cross. The visitors pulled a goal back on 73 minutes as an overhit cross from PEARSON was fumbled on the stretch by O’Malley and dropped over the line and into the net.

O’Malley did well moments later to beat a shot from James away from danger as the Hatters pressed. Steve Evans made his first change moments later with Isaac Buckley-Ricketts replacing Dembele. Mark O’Hara replaced Cooke on 82 minutes as the game moved into the final stages.