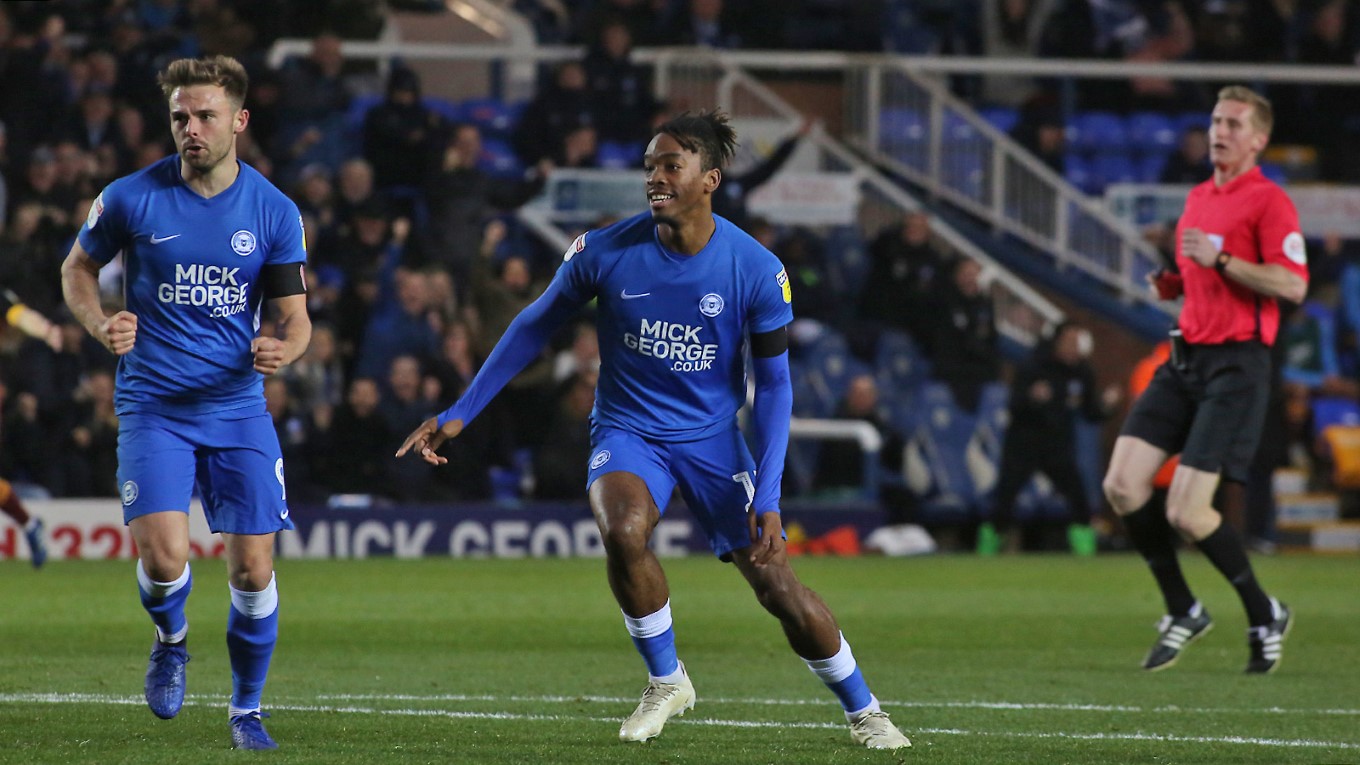 Peterborough United were forced to settle for a 1-1 draw against struggling Bradford City in front of just over 8,000 supporters at the ABAX Stadium with Ivan Toney scoring a second half equaliser following a clever Marcus Maddison pass.

The visitors enjoyed some notable chances in the opening exchanges with goalkeeper Aaron Chapman producing a fine stop with his legs to deny Jack Payne. The Bantams soon had the lead as Anthony O’CONNOR squeezed a shot into the back of the net from a tight angle as Posh failed to clear.

Hope Akpan was cautioned for a foul on 21 minutes by referee Scott Oldham as Jamie Walker reached for his notebook for the first time in the contest. Caddis followed him into the book with a terribly late challenge on Tyler Denton.

Louis Reed sent an ambitious 30-yard volley wide of the target after a Maddison corner was only half cleared by the deep Bantams rear-guard. Two minutes of added time was indicated at the end of the first half as Posh continued to probe for the leveller.

Posh got themselves level just after the hour mark after a fine pass from Maddison was superbly finished by Ivan TONEY with his crisp finish leaving O’Donnell helpless. The visitors immediately made a change with Jim O’Brien replacing Akpan.

Posh pushed and pressed for a winning goal as the game moved into stoppage time, but a combination of poor crosses a lack of a killing instinct prevented one point being turned into three at the ABAX Stadium.