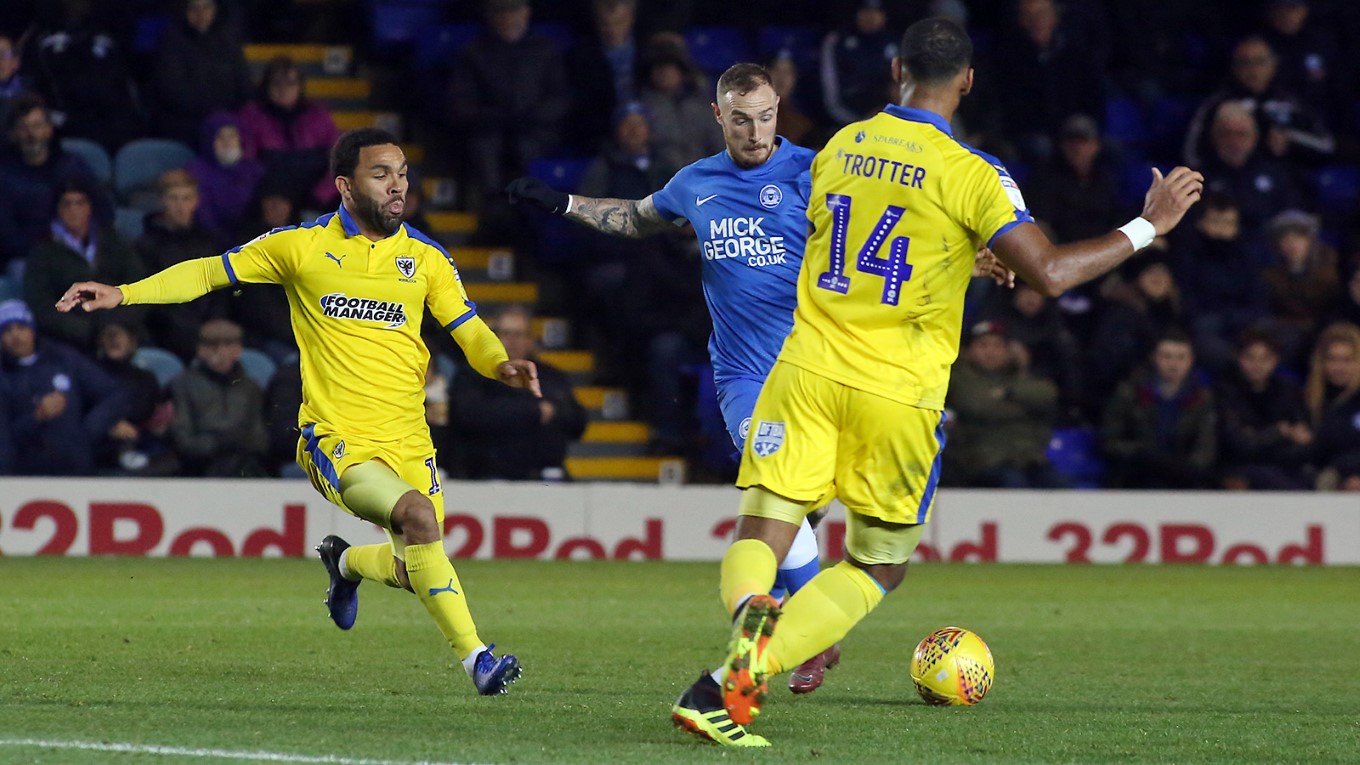 A superb strike from Marcus Maddison secured three points for Peterborough United at the ABAX Stadium in Sky Bet League One action on Tuesday evening and in truth, it could have been a far greater margin of victory with the woodwork and the assistant referee coming to the visitors’ rescue.

Ivan Toney sent an early half volley over the crossbar after a superb cross from Marcus Maddison after Posh broke well from an AFC Wimbledon free-kick inside the opening two minutes.

Toney sent a free-kick from 30-yards over the crossbar on 10 minutes after Godden was felled following a forceful run. Godden had the ball in the back of the net twice from long driven passes but both times the assistant referee chalked the efforts off for offside.

Toney saw a low shot gathered by McDonnell after the in-form front man had done well to intercept a wayward defensive pass. Woodyard saw a deflected effort pushed around the post by McDonnell after a neat one-two with Toney with Tafazolli heading a driven Reed corner wide from the resulting set-piece.

Posh carved out a glorious chance three minutes before the break as a low pass from Maddison somehow reached Godden, he took a touch but saw his left-foot shot saved by McDonnell.

Godden was denied by McDonnell moments after the re-start after good play from Dembele, who wanted a spot-kick moments later after appearing to be shoved in the area after a strong run into the box.

Godden guided a Daniel cross over the bar at the near post on 52 minutes before Maddison sent a low shot from 25-yards inches past the post.  The deadlock was broken on the hour mark and what a goal it was, Marcus MADDISON collecting a pass, taking a touch inside and curling a superb effort past the despairing dive of McDonnell with his left-foot.

Trotter headed over an inswinging cross on 70 minutes before the Dons made their final change with Kwesi Appiah introduced. Tafazolli produced a fine clearance off the line to deny Pigott moments later after the front man had rounded Chapman following a poor header back from Bennett.

A wonderful cross from Maddison nearly produced the second goal as defender Nightingale on the stretch diverted it onto the base of his own post.