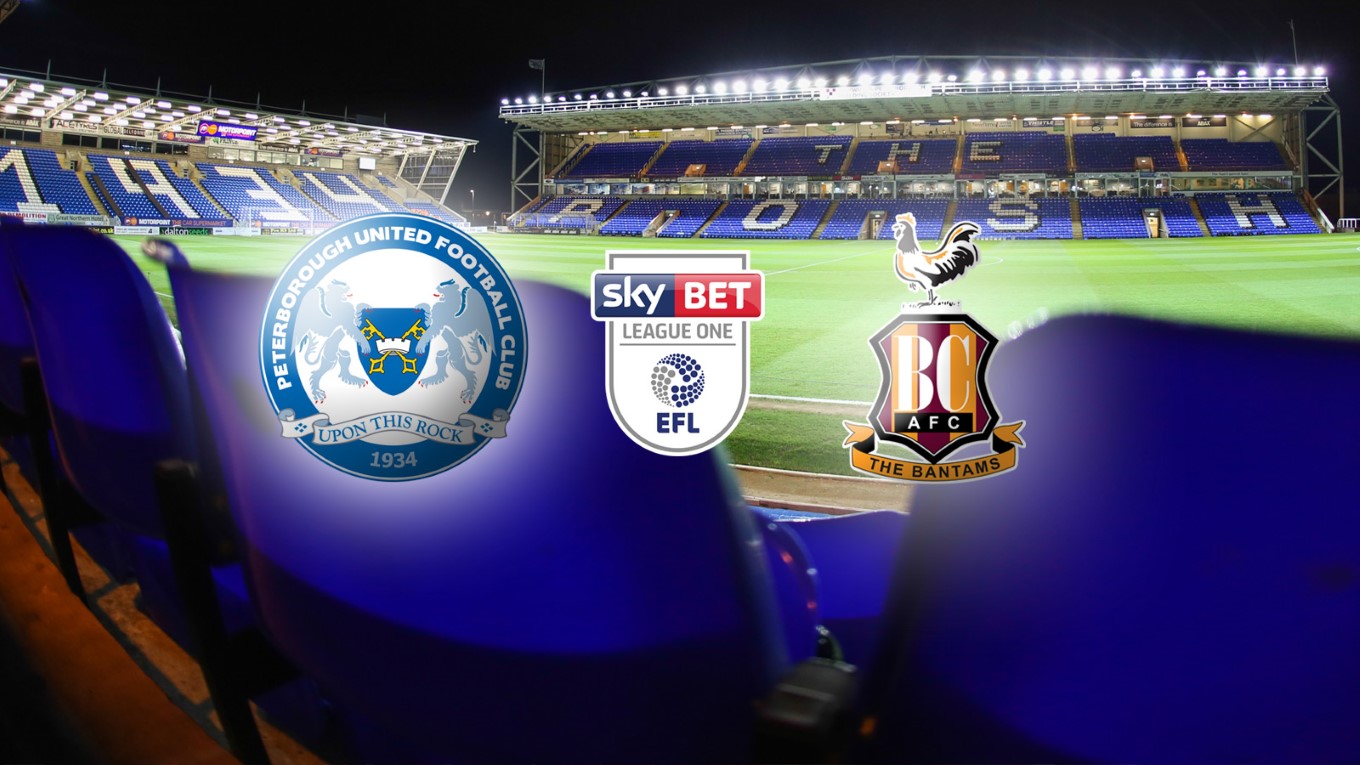 It is back to league action for Posh after successive victories in cup competitions this week.

Following progression in the Emirates FA Cup at Bromley and Checkatrade Trophy success against Luton Town, the Bantams will provide a chance for Posh to atone from their last league fixture, which was a 1-0 defeat at Wycombe Wanderers.

It has been a difficult campaign to date for the Bantams who are struggling at the wrong end of the League One table after parting company with one manager already. David Hopkin is currently in charge but results haven’t improved and the pressure will be on to turn the form around with a potential FA Cup third round tie at the ABAX Stadium to come in December.

Posh have a clean bill of health on the injury front for the game with defender Ryan Tafazolli now over a slight back concern which was hampering the former Mansfield Town man in preparation for that cup tie at Bromley. Several players ‘put themselves into contention’ for a place in the starting line-up according to the Posh boss on Tuesday evening.

Bradford are expected to name former Posh defender Nathaniel Knight-Percival in their team for the clash at the ABAX. Danny Devine and Jim O’Brien could come into contention after stepping up their returns to fitness this week.

“Bradford, like ourselves, made a lot of changes to their squad in the summer and they find themselves in a difficult position, which can happen. They have a lot of good players available to them though, they have played well in recent games without getting the results they probably should have got. We know that if we are not on our game, we can be beaten, as we were last time out at Wycombe,” Steve Evans said.

Tickets are on sale for the game at www.theposhtickets.com, via the Ticketmaster hotline 0844 847 1934 (calls cost 7ppm plus your network access fee) and in person at the ABAX Stadium Box Office. We welcome a lot of supporters through the Schools Initiative for this weekend so the club are hoping for a good crowd. The Bantams have sold over 500 tickets in advance of the game so far.

The Posh fan zone will be open from 1pm close to the ticket office at the ABAX Stadium. The Foot Darts, Foot Pool, Speed Kick machine, mobile bar and representatives from Help for Heroes will be in attendance and we have new Game Stations where supporters can play FIFA 19 on the PlayStation.

Saturday’s game is the closest league game that Posh have to Remembrance Sunday so there will be a minute’s silence ahead of kick-off to remember those who lost their lives in battle.