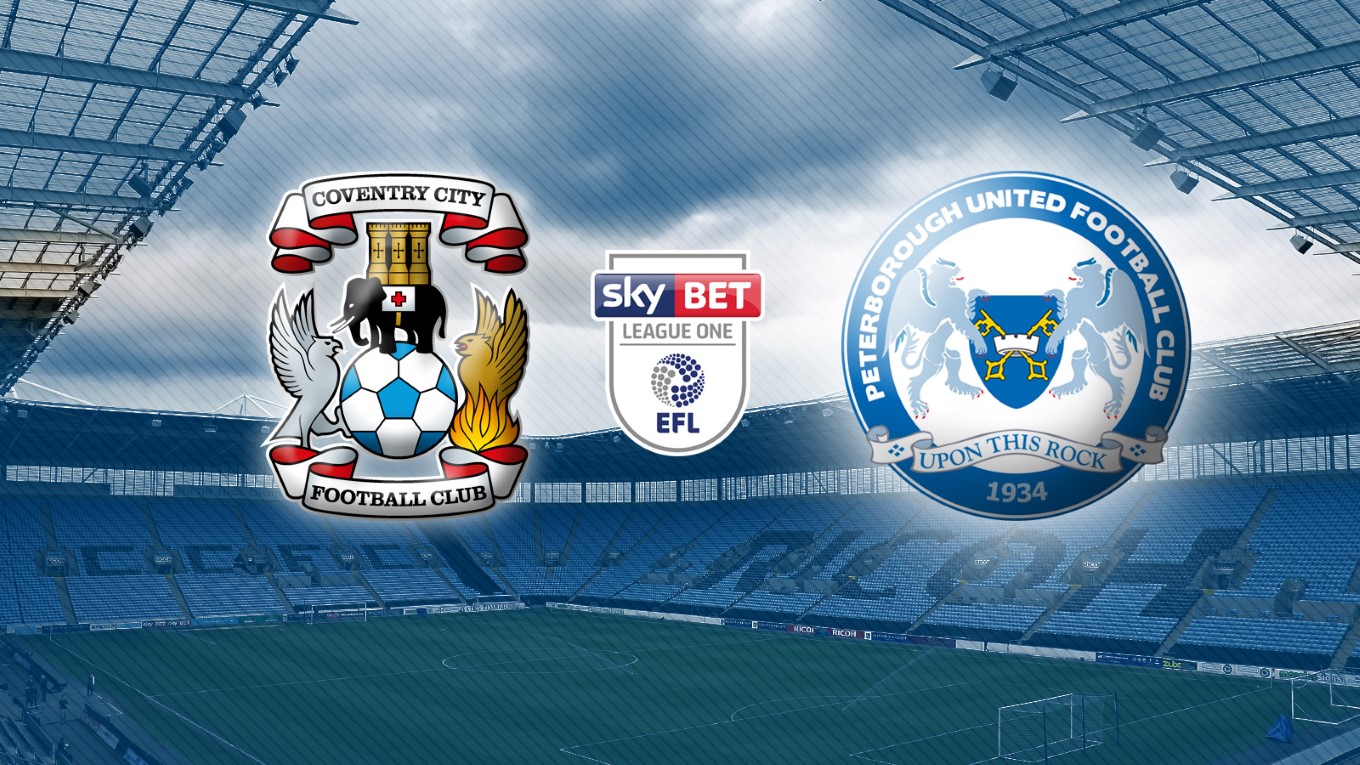 Tom Lea looks ahead to Friday night's trip to the Ricoh Arena in Sky Bet League One action.

Peterborough United travel to the Ricoh Arena to take on Coventry City on Friday evening (7:45pm) in their latest Sky Bet League One encounter.

Coventry have enjoyed a strong start to the season in League One, following on from their promotion from League Two last term. They currently sit in 9th place, level on points with Charlton Athletic, who currently occupy the final playoff place.

The Posh once again have a full squad of players to choose from ahead of the game at Coventry, although boss Steve Evans has hinted that he will ‘freshen up’ the side that drew with Bradford at the ABAX Stadium on Saturday.

Former Posh striker, Jonson Clarke-Harris, could be in line to feature, having started the Sky Blues’ previous fixture against Burton Albion. He will, however, face stern competition from summer signings Conor Chaplin, Jordy Hiwula and Amadou Bakayoko for his place in the side.

“It’s a great place to go, good people, I know the chairman Tim very well. Obviously I know Robbo the manager. He’s got an excellent squad of players who are rightfully a League One if not a Championship club, without a shadow of a doubt. So we have to be at our best to get anything from the game.” Evans said.

“They’ve won seven games away from home and they have some good players. We want to get back to winning ways and we want to win this one. They’ll try and press and I’ve watched them quite a bit, and they have a good blend.” Coventry manager Mark Robins, said.

Tickets are on sale until 12pm on the day of the match at www.theposhtickets.com, via the Ticketmaster hotline 0844 847 1934 (calls cost 7ppm plus your network access fee) and in person at the ABAX Stadium Box Office. The game is not all-ticket. Over 900 tickets have been sold so far.

The referee for the match will be Anthony Backhouse.  He has taken charge of one Posh match so far this season, the 4-1 away win at Rochdale in August. Captain Alex Woodyard was the only Posh man cautioned that day. It will be his first Coventry game of the season, with his last game at the Ricoh being the Sky Blues’ 3-0 win over Notts County at the beginning of last season.