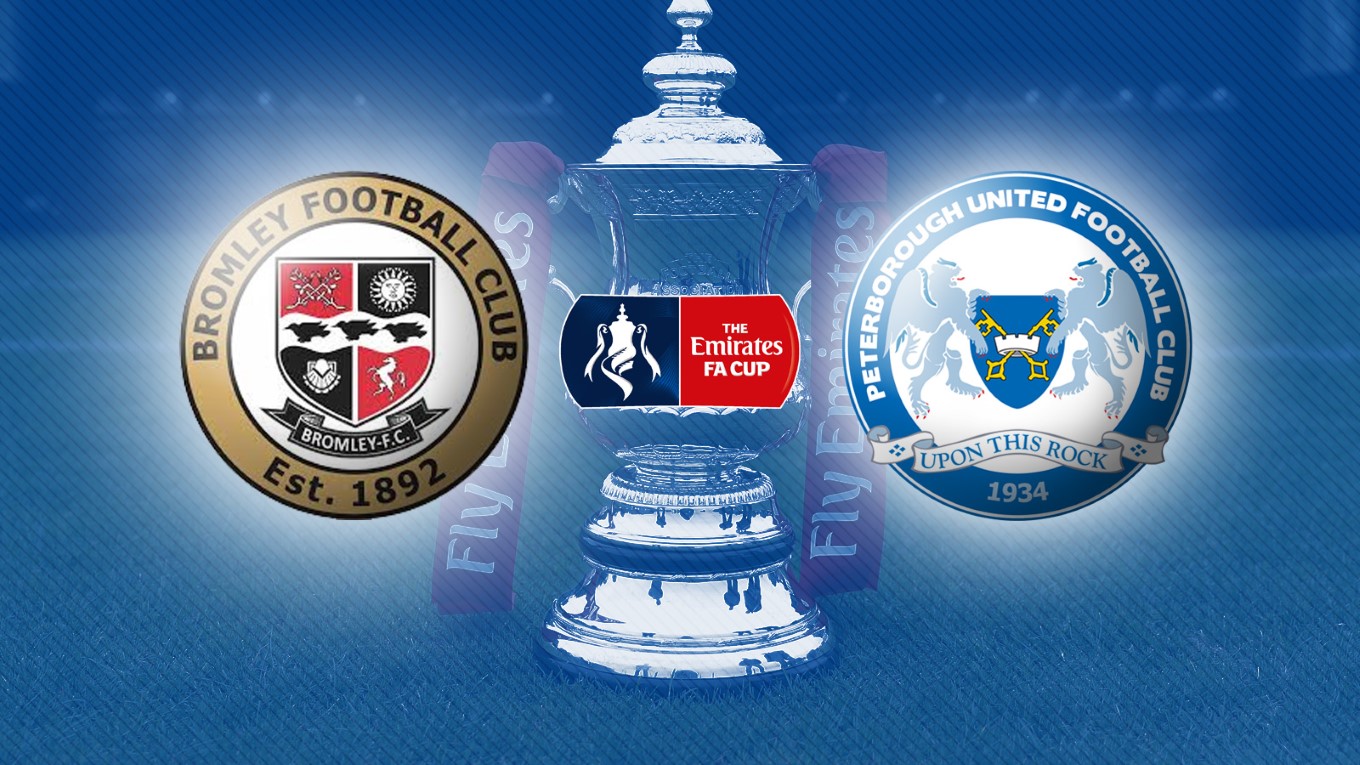 Match preview for Bromley vs Peterborough United on 10 Nov 18

Posh travel to Hayes Lane to face Bromley in the first round of the Emirates FA Cup.

.Peterborough United begin their Emirates FA Cup adventure with a first round tie at National League side Bromley on Saturday (3pm) with the fixture taking place on the 3G surface at Hayes Lane.

Posh go into the clash on the back of a first Sky Bet League One away defeat of the campaign at Wycombe Wanderers last term. Bromley sit in 14th place in the National League with 24 points, their total boosted by last weekend’s emphatic 4-0 victory over Hartlepool United.

Posh have no fresh injury worries to contend with for the clash with Bromley, but manager Steve Evans has confirmed he will make changes for the game after preparations on the club’s 3G surface at the Mick George Training Academy.

The home side have an experienced side which is set to include former Premier League defender Roger Johnson. Former Posh defender Tobi Adebayo-Rowling was on the books but left shortly after the tie pitted the two teams together.

“I have watched games at Bromley before and we have done all of our preparation ahead of Saturdays game. We have trained on a 3G surface at our training ground and have assessed the players and how they have responded in that change of pitch and will make changes accordingly. I have good memories of the FA Cup and so does this football club, let’s hope we can make more positive ones on Saturday,” Steve Evans said.

The game is all-ticket for Posh fans. Tickets can also be purchased at www.theposhtickets.com and via the Ticketmaster hotline 0844 847 1934 (calls cost 7ppm plus your network access fee) but will need to be collected from the ABAX Stadium before 5pm on Friday. Tickets will remain on sale at the ABAX Stadium Box Office in person until 12pm on Saturday.

At 11am on Friday, 570 tickets had been sold. Posh fans are accommodated in an uncovered terrace.