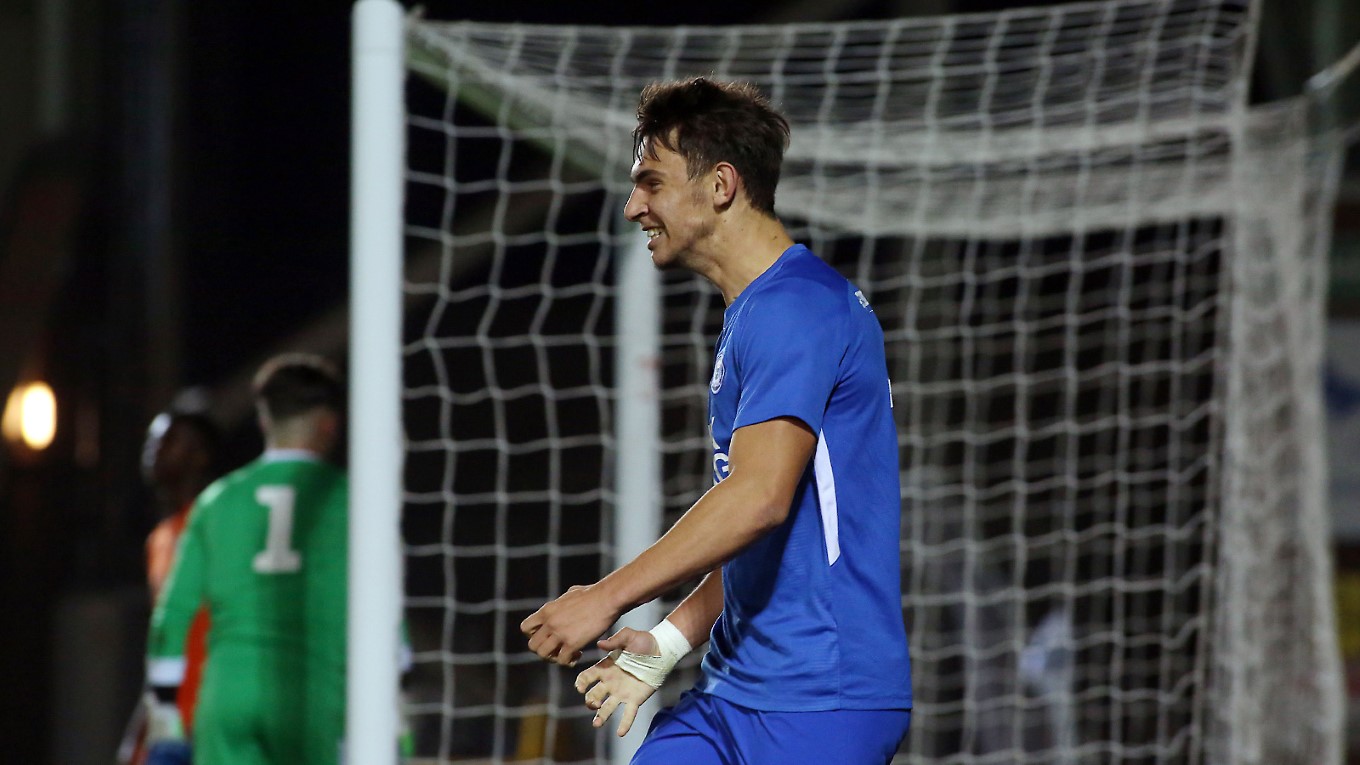 Frazer Garner earns recognition by the LFE for his work on and off the pitch in October.

Peterborough United youngster Frazer Garner has been recognised by the LFE for the month of October and he took that form into November as he helped Posh progress into the third round of the FA Youth Cup with a 3-0 victory over Luton Town.

The on and off the pitch achievements of 11 young footballers has been recognised by League Football Education (LFE). ‘The 11’ acknowledges the football and academic progress of Under-18 players on apprenticeships at current or former English Football League (EFL) clubs - and is also designed to assess other factors, including involvement in community or charity-based initiatives.

This accolade celebrates the holistic development of young players, a barometer which is also applied to the LFE Apprentice of the Year Awards presented at The EFL Awards dinner in April. England Under-20 World Cup winners Ademola Lookman (formerly Charlton Athletic), Dael Fry (Middlesbrough), Dominic Calvert-Lewin (formerly Sheffield United) and Lewis Cook (formerly Leeds United) have all previously been named in ‘The 11’.

Everton forward Lookman and AFC Bournemouth midfielder Cook also went on to become Apprentice of the Year winners, as did Ryan Sessegnon (Fulham) and Watford’s Ben Wilmot (formerly Stevenage), who were both featured prior to picking up the 2018 awards in the Sky Bet Championship and Sky Bet League Two, respectively.

LFE chief executive Sarah Stephen added: “The 11 is directly associated with apprentice reviews that are conducted by our regional officer’s throughout the season. It is a great way to highlight the achievements and progression of talented young footballers who apply themselves to all aspects of their apprenticeship.”

For in-depth profiles on all of the players named in ‘The 11’ for October, please visit the LFE website.