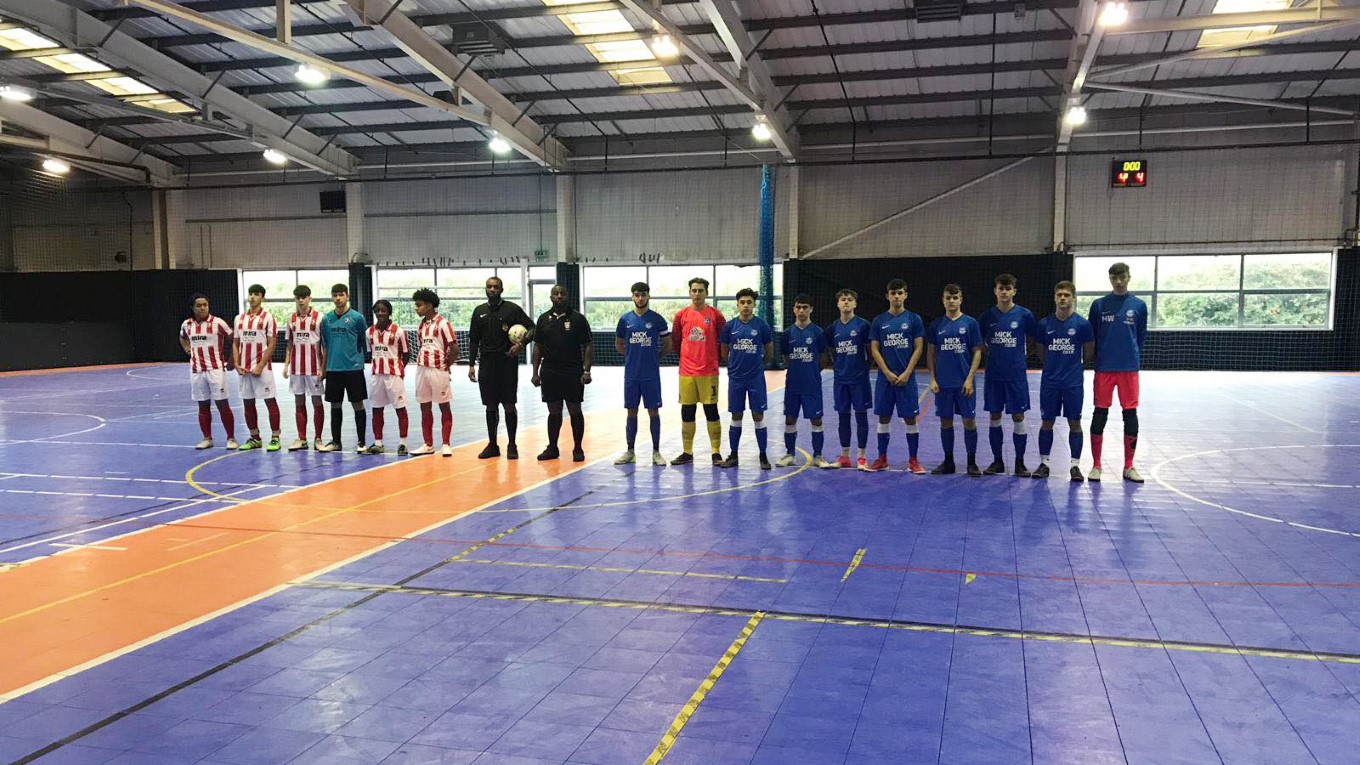 On Wednesday 28th November, the Peterborough United Scholarship travelled to Birmingham for a friendly mid-season Futsal tournament at the Pro Direct Arena.

The Posh travelled with 2 teams: Posh Blues and Posh Whites, and their competition included new teams such as Aston Villa, Birmingham City, Coventry City and West Brom Albion as well as Cheltenham and Stoke City who already play in the league.

The results were as follows:

The day was a great success with The Posh picking up five wins out of seven and the scholars also getting plenty of minutes under their belt.

The next fixture is a Football match at the Mick George Training Academy, as The Posh Scholarship hosts Brentford in an EFL league fixture on Wednesday 5th December.