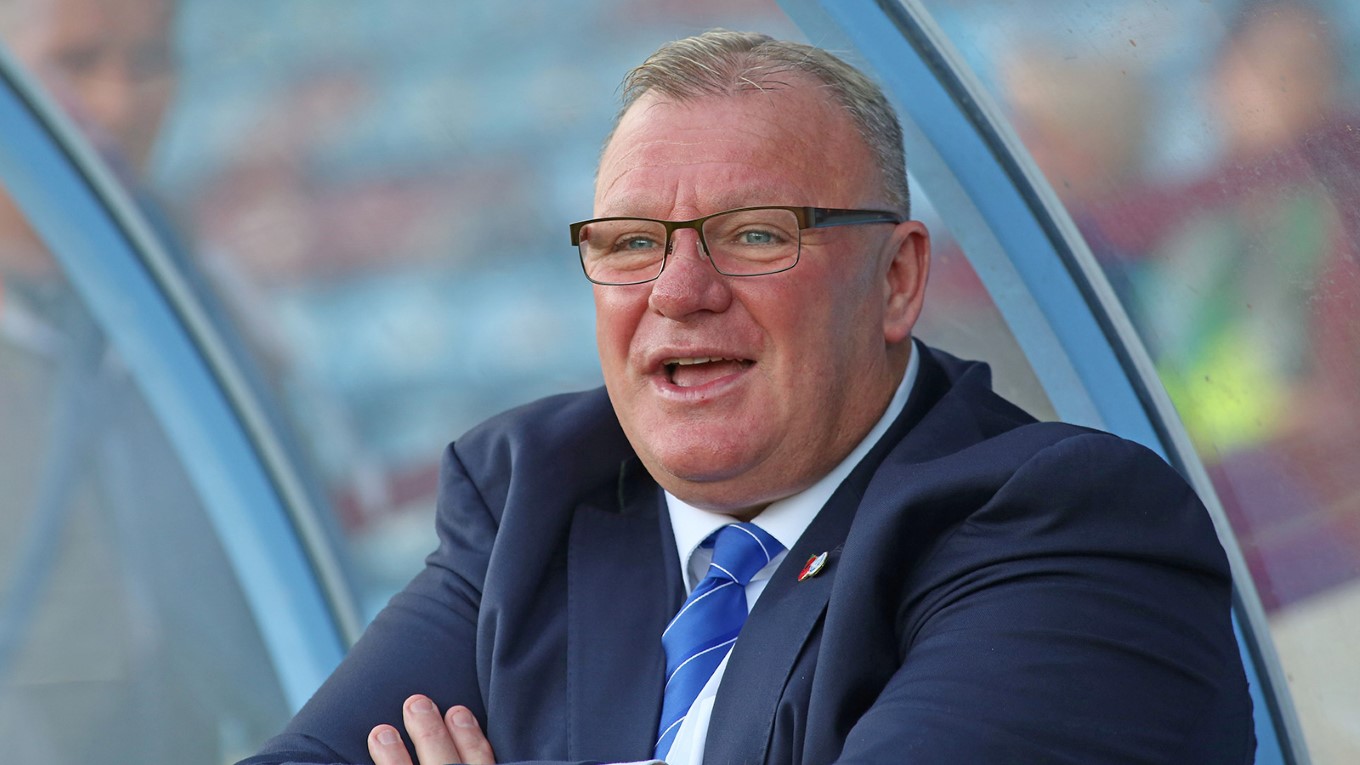 Evans Ready For All League One Cup-Tie

Posh boss Steve Evans keen to progress to the next round of the FA Cup, a competition he described as “the best cup competition in the world.”

Peterborough United are back in action on Saturday (3pm) at the ABAX Stadium, as Bradford City return to town to take on the Posh in the FA Cup. Posh manager Evans is wary of an improving Bantams side, but is confident his side can progress to the third round.

“We looked after the result at home against Wimbledon which we were really keen and desperate to do. Then we welcome quickly back to the ABAX Stadium, Bradford City. And for me, they come back stronger. They come back with Paul Caddis who signed and played against us, and Karl Henry now in the team, and they’re talking about maybe one or two more. We know from the first 25 minutes here that they’re a decent side, so we have to be at our best to progress in what is simply the best cup competition in the world.

“I think they deservedly beat Oxford, it was 2-0 and it could’ve been a lot more. I think the recollection of that game was Oxford were by far the better side, but Bradford get a break, confidence sweeps through them. They lost a goal very early against Luton the other night, so that doesn't help them, but they'll come here and see it as a welcome break from league action. They'll want to continue in the cup because alongside Posh in my memories, Bradford have a good history as well, so it’s got the makings of a proper game with two teams looking to win.” Evans said.

Evans does intend on making changes for the fixture, with a number of players knocking on the door for a start in the first team. He has a choice to make between Colin Daniel and Tyler Denton at left back, and he’s pleased with the competition for places in his squad.

“Colin went out of the team and we wanted to freshen it up at one point. Colin got suspended and Tyler came in at Burton, and many people said he was one of our star performers in a really good performance, and kept the shirt. Then we wanted to freshen it up coming into a home game, we knew we had to win, we wanted to win, and we said we were going to freshen up. We have a good squad; from 23 or 24 players, we can pick and 11 any given week that could change, but we've got good players competing for places and that’s why the league table doesn't lie.”

Sebastian Bassong and Jason Cummings were both in line to start on Tuesday night, but picked up knocks which ruled them out of the starting XI. Both men could now be back in contention for Saturday’s game.

“He's (Bassong) done a lighter session than most today, but he's trained. We’ll look at him in the morning (Friday). If he’s 90-95% fit, he doesn't start the game, but if he's 100% then he has a real chance.  We've had some really good performances in training and there’s some people pressing for a claim. But it also has to be said the boys who started against Wimbledon didn't do themselves any harm, and it really should've been 5 or 6, but we’ll always take a 1-0 win.

“For two or three weeks Jason was carrying a little groin niggle. And when I say niggle, I mean he was 95% fit, he was not 100% fit. He had four or five days off and did some internal work at the training ground. And for the last 10 days he's looked particularly sharp. I thought when he came on against Coventry, it was a piece of magic to set up the goal, and he looked razor sharp.

“We’ll make some changes to the team, reflective of what we have to do with formation and players to win the game. I’ve got a lot of respect for people like Eoin Doyle, Hope Akpan, Paul Caddis and Karl Henry, they're players who would improve any team in League One’s squad. We have a lot of respect but it’s a League One clash that’s being played in the FA Cup. Peterborough has been my home for 30 years, it’s a fantastic city and it always has a bit of excitement around FA Cup time, and we want to make sure our supporters, players and staff all sit down on Christmas Day, and we’re all still thinking and dreaming about the FA Cup.” Evans said.