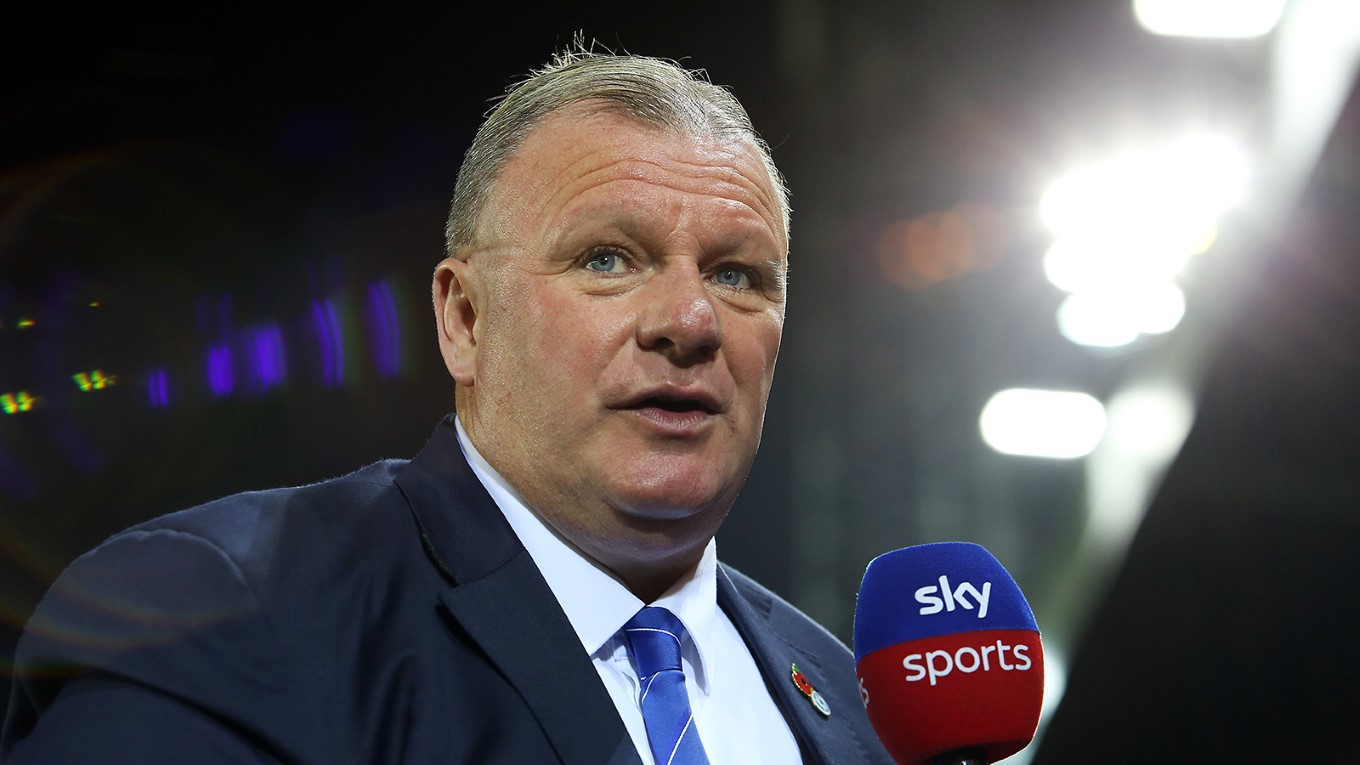 Wycombe Wanderers are the next test for Posh in League One on Saturday (3pm) and manager Steve Evans is well aware of the threats posed by Gareth Ainsworth’s side.

“They’ve got good players, and it’s always a recipe for trying to win some points. They’ve certainly got a very good manager, and they’ve got some wonderful people at that football club. I’m fortunate that I’ve gone there over the years, even when I was Leeds coach, I went there on an International break and helped them raise their gate because they’re nice people behind the scenes, and I look forward to catching up with some of them on the day,” Evans said.

Wycombe boss Ainsworth took over initially as caretaker manager in 2012 with the club in a precarious position in League Two. But by the end of the season, Ainsworth had lifted the side to safety, and they finished the campaign ten points above the drop zone. The following season, they narrowly survived with a 3-0 win against Torquay United on the final day. And the progression continued year by year for Ainsworth and his side, culminating in automatic promotion to League One last season. Evans was keen to acknowledge the impact his opposite number has had on the Chairboys.

“He’s done a wonderful job, and I think he gets appreciated, which I think always helps. You only have to go in and around Wycombe Wanderers to see what the supporters think of him as a manager first and foremost, and as importantly, if not more importantly, as a man. I’m looking forward to seeing Gareth, I haven’t seen him for a little while but we always have a catch up after the match, win, lose or draw.”

Wycombe have one of the oldest, but most effective front pairings in the Football League at present. Adebayo Akinfenwa and Posh legend Craig Mackail-Smith have a combined age of 70, but the veteran forwards fired the Chairboys to promotion last term, and have picked up where they left off last season, this time around. Both men have three goals so far this season, and Steve Evans knows exactly what to expect of the well-known strike partners.

“Bayo Akinfenwa is a wonderful player, he doesn't get the credit his ability deserves. He's strong physically and mentally, and he's got fantastic technique for his size. When I say his size, I mean he’s strong. But they're more than him, they've got various options all over the pitch. They have one or two younger players that are attracting attention as well, as always, so it’s another tough game for us.

“Craig is a Posh legend, and quite rightfully so. I’ve never been fortunate enough in my career to manage him, but he’s a wonderful player and having met him on a couple of occasions he’s a wonderful human being. I’m sure the Posh fans will give him an excellent reception, and then want their team to win, as we all do.”

But Evans holds no fear as the Posh look to extend their winning away run, in their pursuit to gain promotion back to the Championship.

“I don’t think anything holds any fear for us whether we’re at the ABAX Stadium or whether we’re on the road. Evidentially, statistics tell you we’ve been good on the road so we’re going to try and keep that continuing at the weekend. We’ve got everyone fit, so we have a plethora of options all over the group.

“We may tweak it in a couple of areas from what did the job successfully at Burton. In reality, we were very good for an hour, and not so good for 20 minutes at the end, so that always comes into your thought process. As does the game we played on Monday against Oxford that’s just gone, there were some really commanding and standout performances, and those lads have carried it onto the training ground, so we’re looking into maybe a couple of changes. “