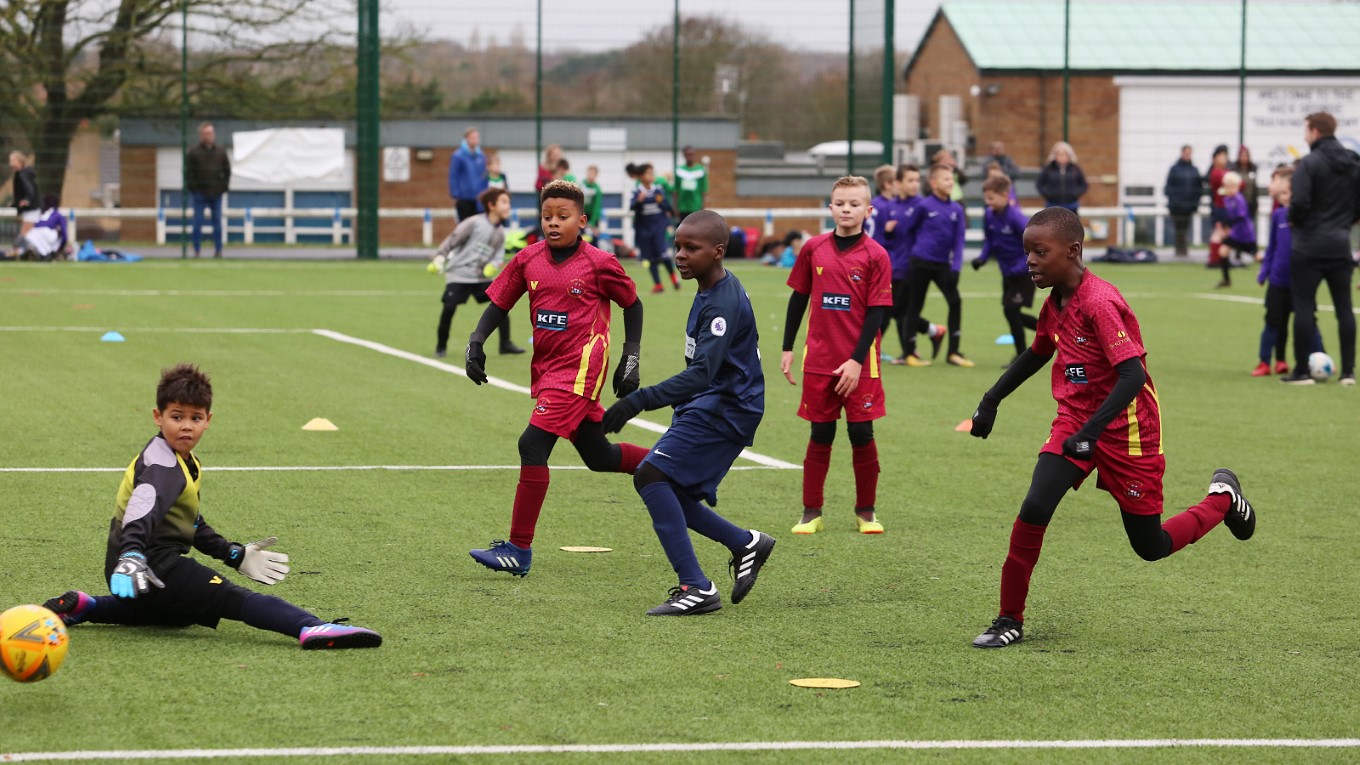 On Wednesday 28th November, we hosted our annual EFL Kids Cup at the Mick George Training Academy, with over 250 pupils from 32 schools around Peterborough attending.

This is a national competition for Year 5 & 6 pupils, with the ultimate prize of playing at Wembley Stadium in May before the League One Play-Off Final.

The schools were split into 8 different groups (4 teams per group) and the winner of each group would go through to the quarter finals.

The winners of each group were as follows:

With Eye CofE, Hampton Vale, Norwood and Hampton Hargate progressing into the semi-finals, an all Hampton final was on the cards, however with Norwood beating Hargate and Eye CofE winning against Vale on penalties, the winner would be either Eye CofE or Norwood.

After the two schools were locked in a stalemate, the final would be decided by penalties. Eye CofE managed to win the shootout in sudden death and won the trophy for the second time in four years.

Both sides will face each other again in May in a friendly at the ABAX Stadium.

Eye CofE will now progress to the area finals, taking place in Oxford in the new year.

We would like to thank all the schools who took part and made the day a great success. We hope to see all the participants at the ABAX Stadium in the coming weeks, after each player received a free ticket for one of the three upcoming home fixtures over the festive period for themselves and an adult.