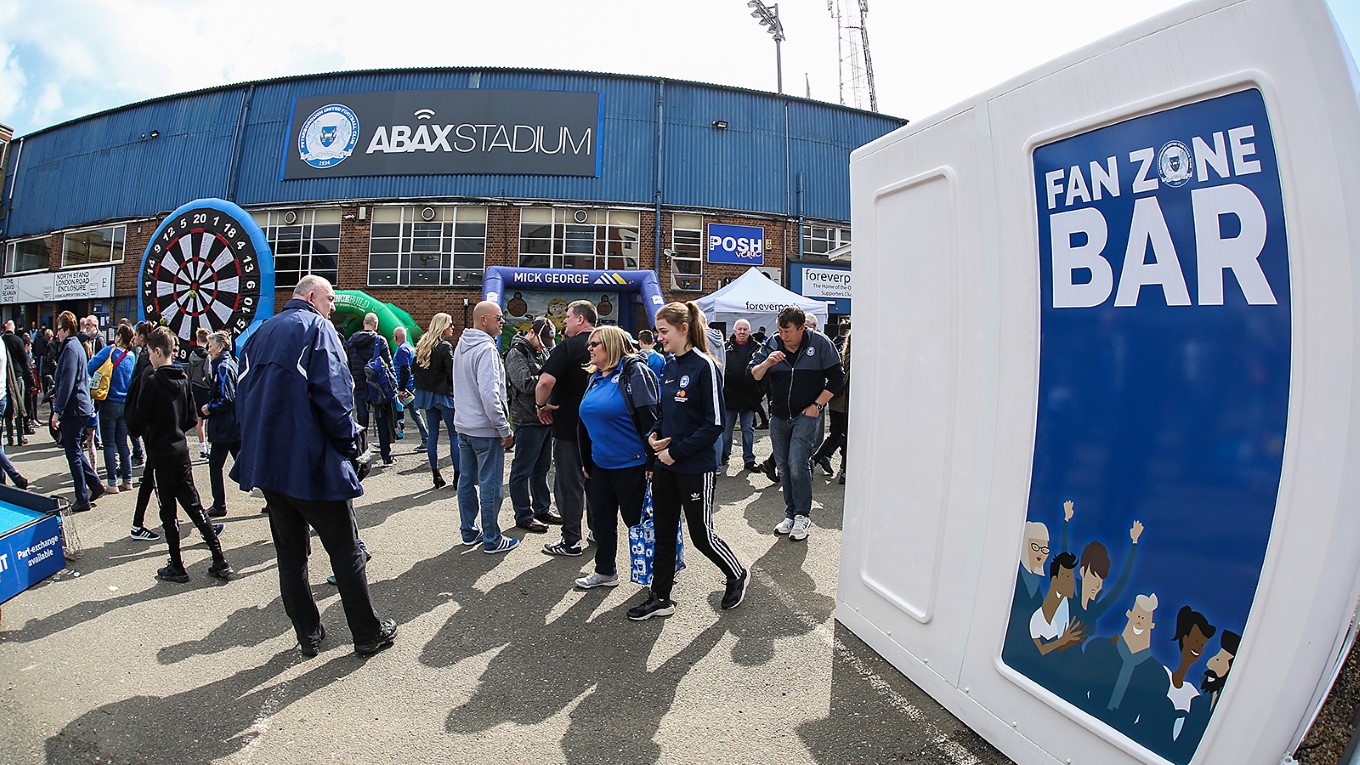 Since the last home fixture at the ABAX Stadium in Sky Bet League One, the football club have been actively visiting schools in Cambridgeshire, Northamptonshire and Lincolnshire alongside mascot Peter Burrow giving FREE tickets to youngsters and parents alike.

The Motorpoint Stand on Saturday should certainly be busy not only with over 1,000 local school children taking advantage of their tickets as part of the Schools Initiative but we are also welcoming back around 300 supporters from local football team, FC Polonia who enjoyed their first taste of Posh action at a recent Checkatrade Trophy tie with Brighton and Hove Albion.

The Fan Zone at the stadium has also got a couple of additions for Saturday’s game with representation from Help for Heroes who are helping the football club commemorate Remembrance Sunday with a minute’s silence ahead of kick-off.

Thanks to our partnership with Smyth’s Toys, we have two PS4 Game Stations featuring FIFA 19 which will allow supporters to take on a player not involved in Saturday’s squad. That player will be confirmed on Saturday and will be in the Fan Zone from around 1:30pm.

The Fan Zone has the usual attractions for younger supporters including Foot Darts, Foot Pool, the Speed Kick machine and for the older fans (over 18s), the mobile bar will be open.

Remember tickets for Saturday’s game are cheaper if you purchase them in advance and you can do so at www.theposhtickets.com, via the Ticketmaster hotline 0844 847 1934 (calls cost 7ppm plus your network access fee) and in person at the ABAX Stadium Box Office.