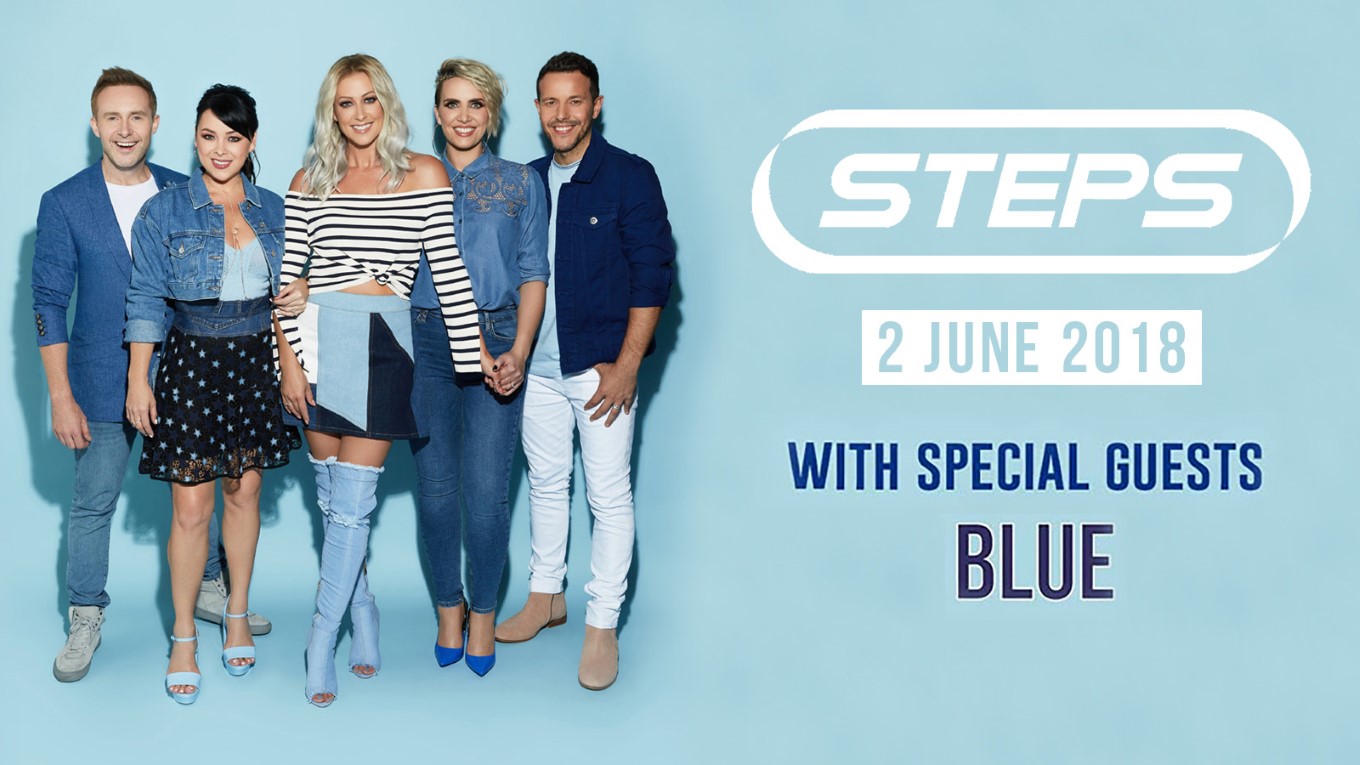 Don't miss out on the Summer of Steps tour as they perform at the ABAX Stadium on Saturday 2nd June.

On Saturday night, Steps will take to the stage at the ABAX Stadium to entertain fans with their wonderful back catalogue of hits and there is still time to secure your ticket for the gig – head over to theposhtickets.com now!

Steps will be supported by fellow 90s group Blue, who will play an extended set in the absence of original support act AQUA, who pulled out of all of the summer concerts due to unforeseen circumstances. Details of parking arrangements and more information ahead of the gig will be released shortly.

Steps first broke on to the pop scene in 1997 and their debut single 5,6,7,8 achieved record-breaking success; a clear indication of what was to follow! The band - who became synonymous with lively dance performances, colourful costumes, and a refreshing take on pop tunes each bursting with personality and stellar lyrics - went on to achieve an unbroken run of fourteen Top 5 singles (including three Number 1’s), two four-times Platinum albums and one five-times Platinum album.

During their career, until their break in 2001, they notched up an impressive 20 million in record sales and seven sold-out arena tours. A decade later, the band decided to reunite, shooting to Number 1 with their 2011 hits compilation ‘The Ultimate Collection’, and selling out their 20-date Ultimate Tour.

Steps said “We can’t wait to play outdoors across the UK next summer following on from our sold-out Party on the Dancefloor arena tour this winter. The appetite for Steps has never been stronger, and we are thrilled to continue performing throughout next year. We promise to deliver a massive party at our summer gigs. Bring your family and bring your friends – we cannot wait to see you there!”

Tickets at ABAX Stadium are priced at: