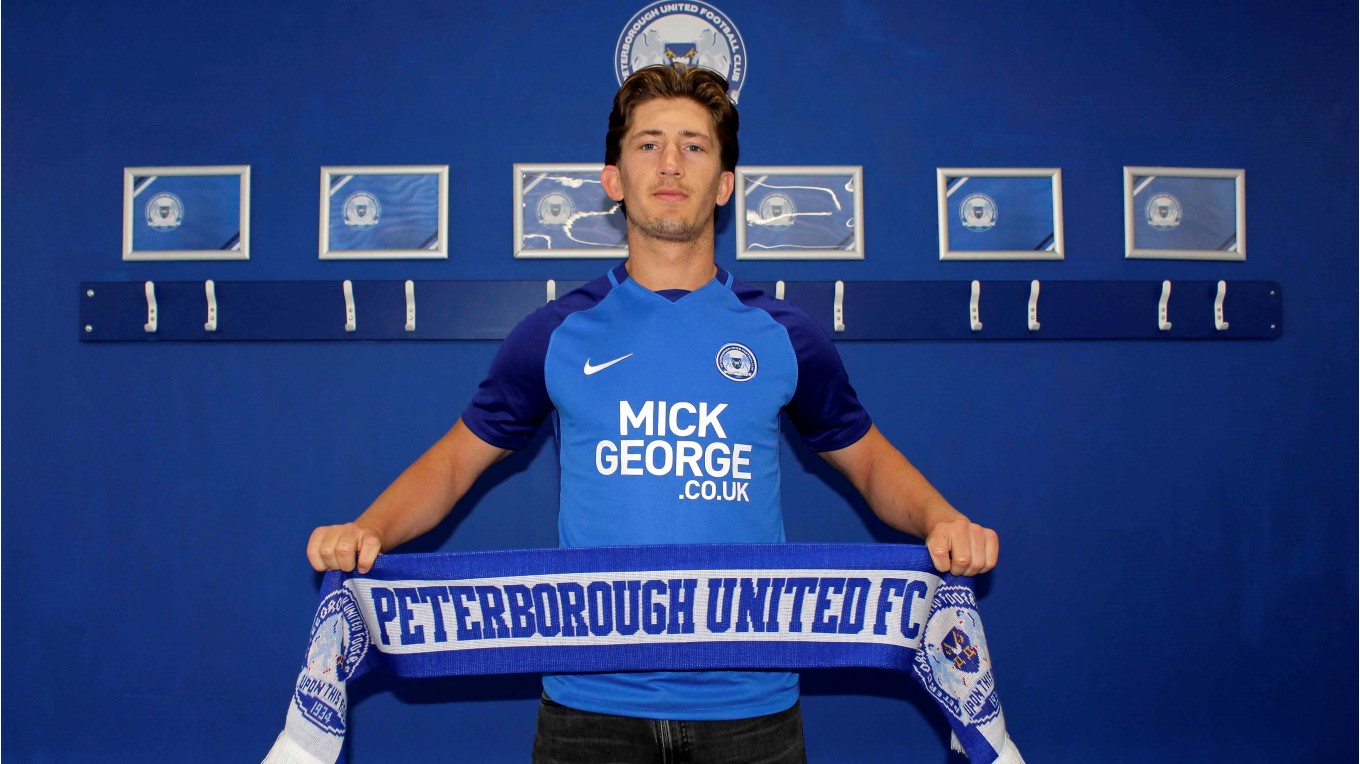 Peterborough United have made their fifth signing of the summer with the arrival of highly-rated Lincoln City midfielder Alex Woodyard for an undisclosed fee with the 25-year-old penning a two-year deal at the ABAX Stadium.

Woodyard, who has been linked with a host of Sky Bet League One clubs after another excellent campaign with the Imps, has completed the formalities at the Mick George Training Academy and follows Aaron Chapman, Rhys Bennett, Colin Daniel and Mark O’Hara in making moves to the club following the conclusion of last season.

The midfielder made over 100 appearances for Lincoln, helping the club to promotion into the Football League and then making 56 appearances last term as Danny Cowley’s men were beaten in the Sky Bet League Two play-off semi-finals against Exeter City. Woodyard was also part of the Lincoln side that reached the quarter-finals of the FA Cup in 2017.

Manager Steve Evans thanked the chairman Darragh MacAnthony, his co-owners Jason Neale and Stewart Thompson and the board of directors for their support in getting the deal over the line and was delighted with his fifth signing.

“There is no doubt that the signing of Alex Woodyard represents the best signing in League One to date in the close season activity. Lincoln City have had the most wonderful two years all bar missing out on promotion via the play-offs last season. It is fair to say that many people at Lincoln City and outside Lincoln City would describe Alex as their best player and that comes down to performances.

“He was outstanding against my team last season when I was at Mansfield and each time that I watched Lincoln, he was the player that I went away thinking that I would love to work with if possible. On my recent trip to the States with the board, I highlighted players that I thought would be key to us for the new season and right at the top end of that list was Alex Woodyard.

“He has an opportunity to come and play in League One and he thoroughly deserves that opportunity. I am excited to work with him,” Evans told theposh.com.