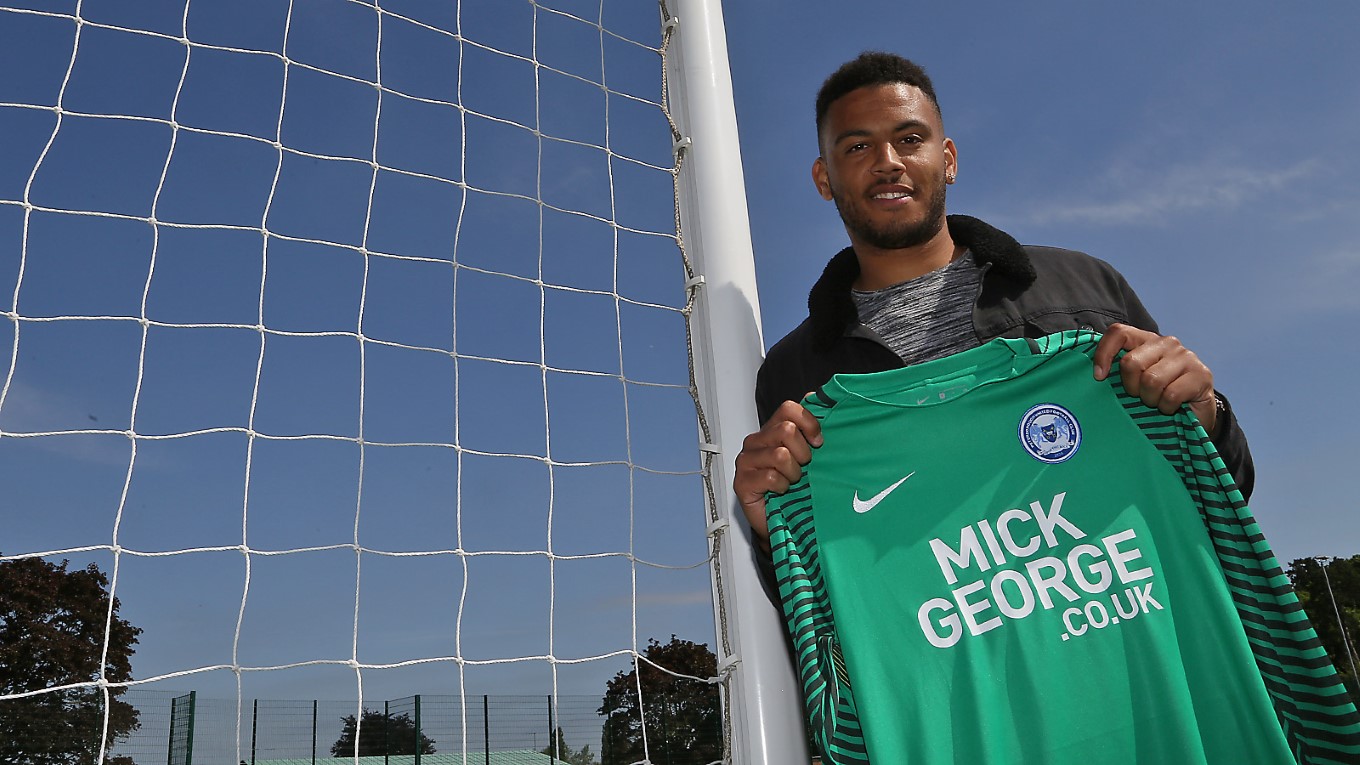 Posh boss Steve Evans has swooped to make his first signing as manager of the football club.

Peterborough United have bolstered their goalkeeper options with the arrival of Accrington Stanley shot-stopper and Sky Bet League Two Golden Glove winner Aaron Chapman with the 27-year-old signing a pre-contract which will begin on 1st July 2018.

Chapman, who had numerous other offers from League One clubs, was pleased to get the deal done before the summer break and is raring to go for pre-season. “I love football, I have had a little break and to be honest, I am already ready to get back and get started. It is good to get the deal done so early and I can’t wait to help Peterborough with their ambition of getting into the Championship.

“Last season was great with Accrington Stanley. I don’t think many people outside of the club expected us to get promoted, but within the squad and the management team, we felt we had a really good opportunity and it was fantastic to do it in the way that we did. We deserved that promotion.

“When I heard Peterborough were interested, I jumped at the chance. The size of the club, the ambition, it was something that I wanted to be part of. The manager Steve Evans made me feel very welcome and wanted and I am looking forward to meeting my new team-mates. I know Conor O’Malley has done really well and I am looking forward to working with him,” Chapman said.

The 6ft 7 shot-stopper kept 18 clean sheets in League Two last term and was in the Accrington side that pushed Premier League side all the way in the EFL Cup. He has agreed a deal until 2020 with a year’s option. Posh manager Steve Evans was delighted to get the deal done.

“He is a young man that needs an introduction to Posh supporters and he does need one because when you are in League One you are perhaps not paying much attention to the league below but Aaron has made nearly 20 clean sheets for Accrington and is a massive reason why Accrington Stanley are now in League One.

“I have watched him many times and he has played against my teams before. I have probably seen him more than most. He is 6ft7, he has a real presence, makes big saves and his distribution is excellent. He will fight with Conor O’Malley for the number one jersey. It is important that we have two permanent goalkeepers. I made it clear to the board when I arrived that I didn’t want a loan goalkeeper, I wanted a permanent one to compete with Conor and this is an excellent signing for us,” Evans said.