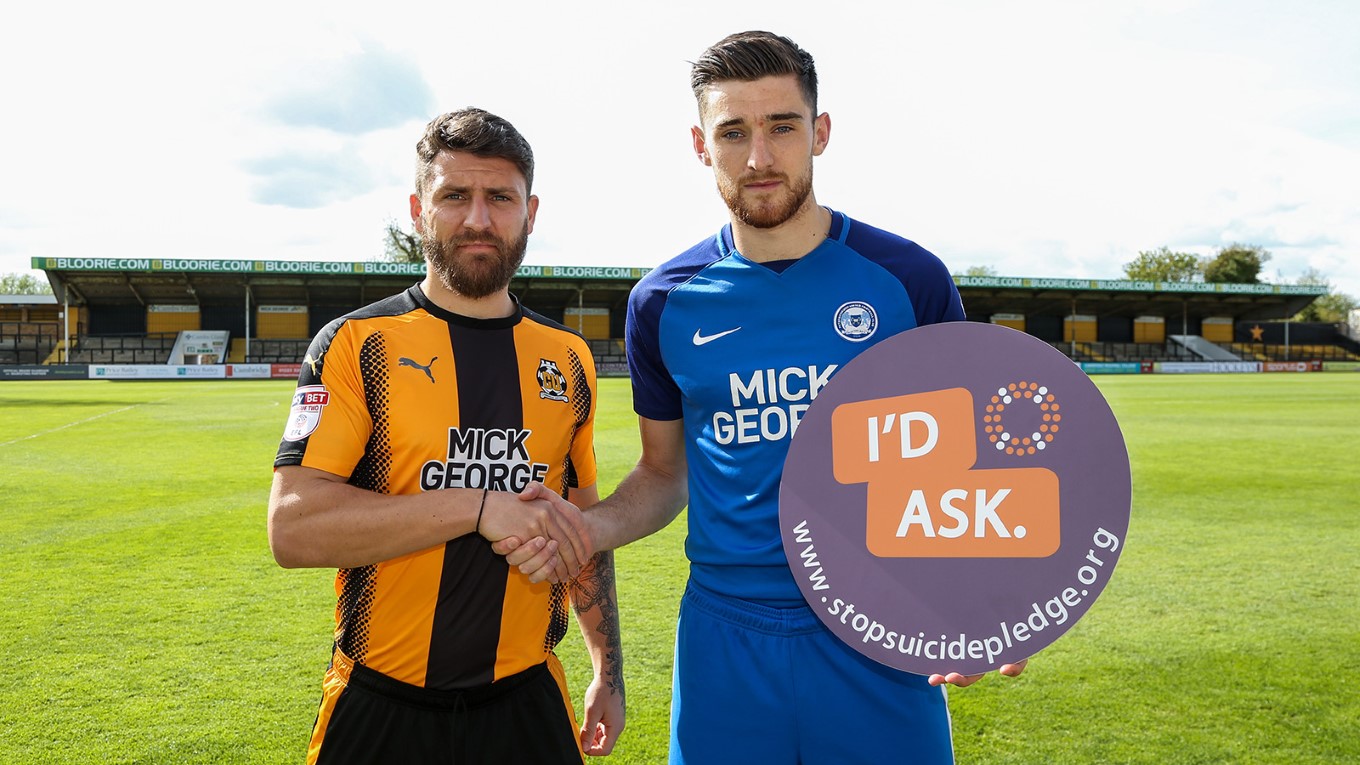 Rivals on the pitch, but working together off it; Posh and Cambridge United join forces.

The county’s two main football clubs have joined forces to support a groundbreaking suicide prevention campaign, which urges people to ask openly about suicide if they are worried that someone may be at risk.

Despite the rivalry on the pitch, Peterborough United and Cambridge United are standing together to help raise awareness of the charity-led, STOP Suicide campaign.

The award-winning campaign is led by Cambridgeshire, Peterborough and South Lincolnshire (CPSL) Mind in partnership with Lifecraft, and supported by local NHS and local authority teams.

Baldwin said: “This is an incredibly important message to get across and it’s great that we can work closely with Cambridge United to raise awareness. Bottling emotions up can be really dangerous, this is a subject that can affect anyone and we want to try and take it away from being a taboo subject.”

Ben Szreter, CEO of Cambridge United Community Trust, added: “We were delighted to be asked to support the STOP Suicide campaign alongside Peterborough United. This important issue transcends football rivalries. We hope that between our two clubs we can in some small part help with the prevention of suicide in Cambridgeshire by standing together to encourage people to ask about suicide.”

Central to the campaign is the STOP Suicide Pledge, which invites people to sign up to talking more openly about suicide and to seek help if they are struggling. To date, more than 1400 individual and over 50 organisations, including the two football clubs, have signed up. Pledge your support online at stopsuicidepledge.org  and encourage others to do the same by sharing on social media using the hashtags #IdAsk and #STOPSuicide

For more information and to access advice, including 24-hour support via the NHS First Response Service, by dialling 111 option 2, visit: stopsuicidepledge.org/help-now/